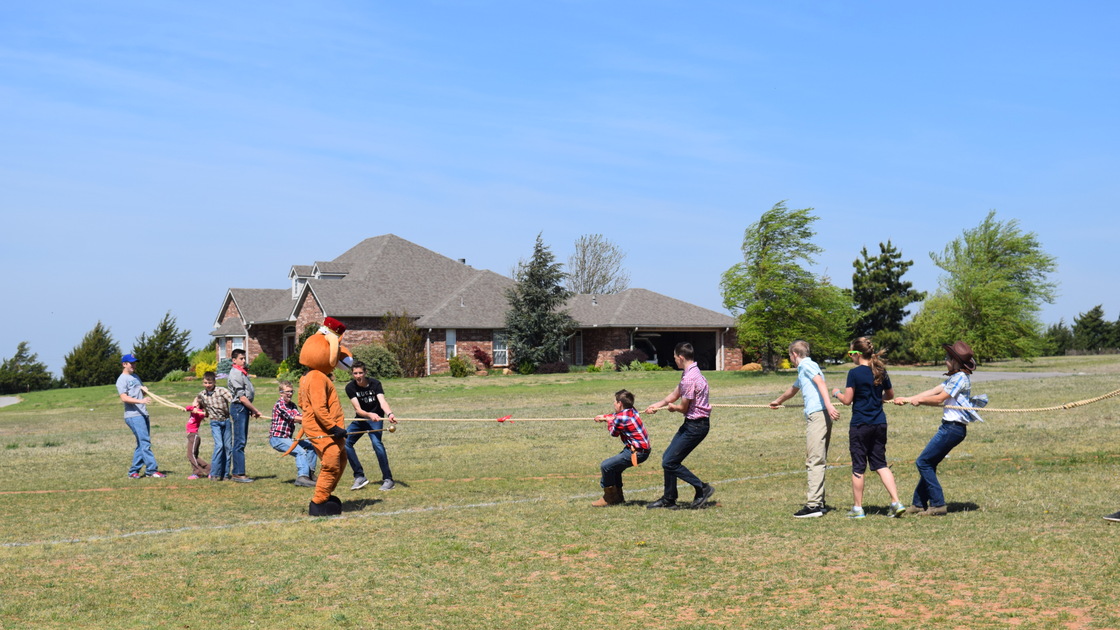 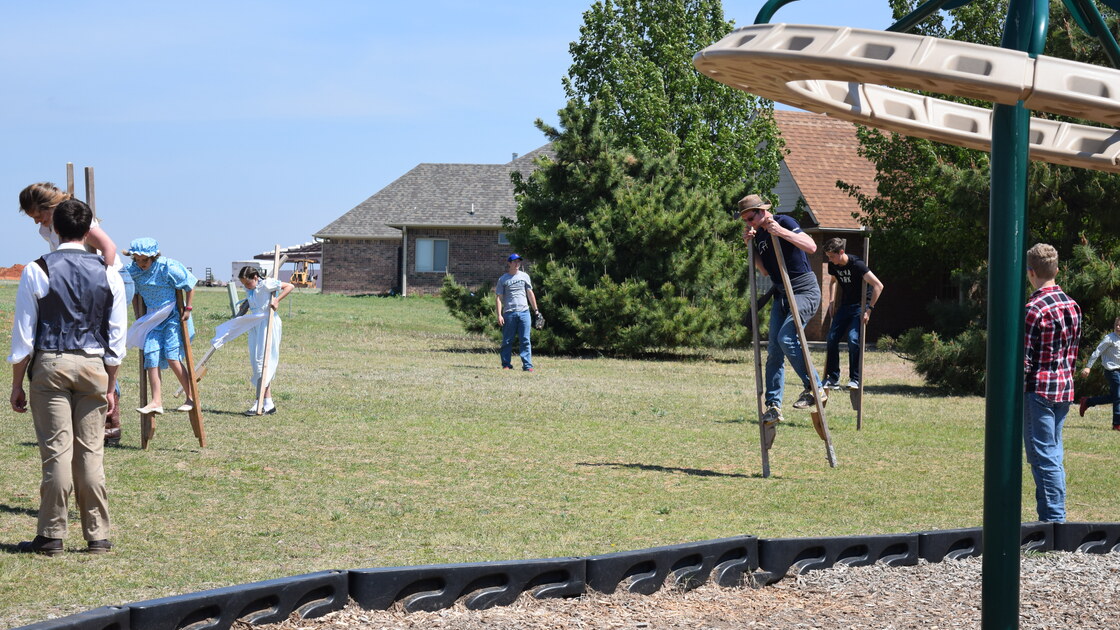 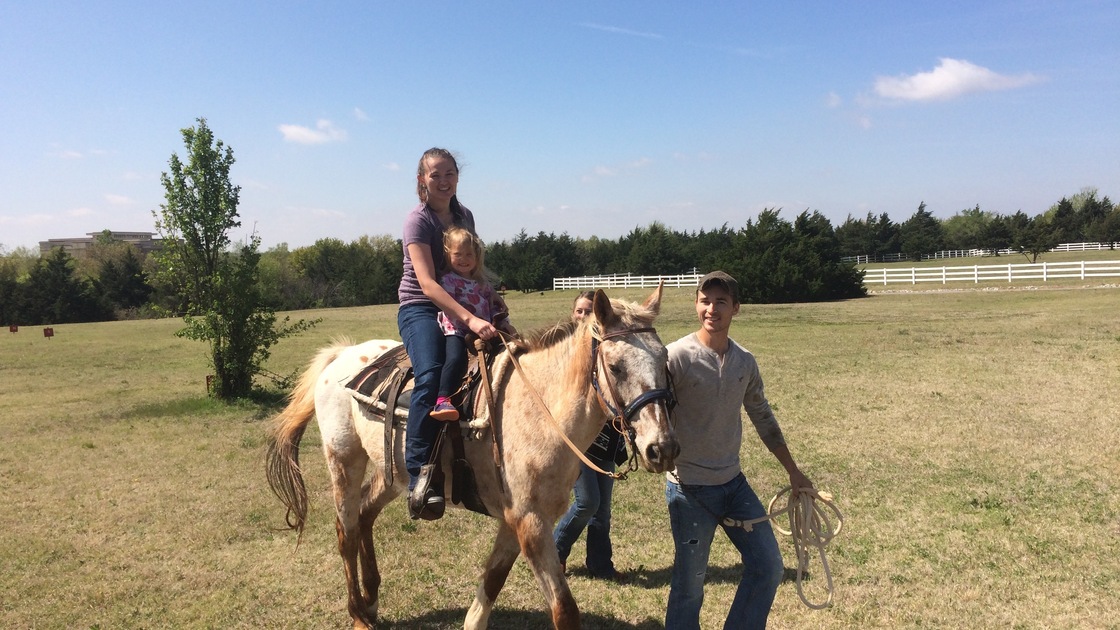 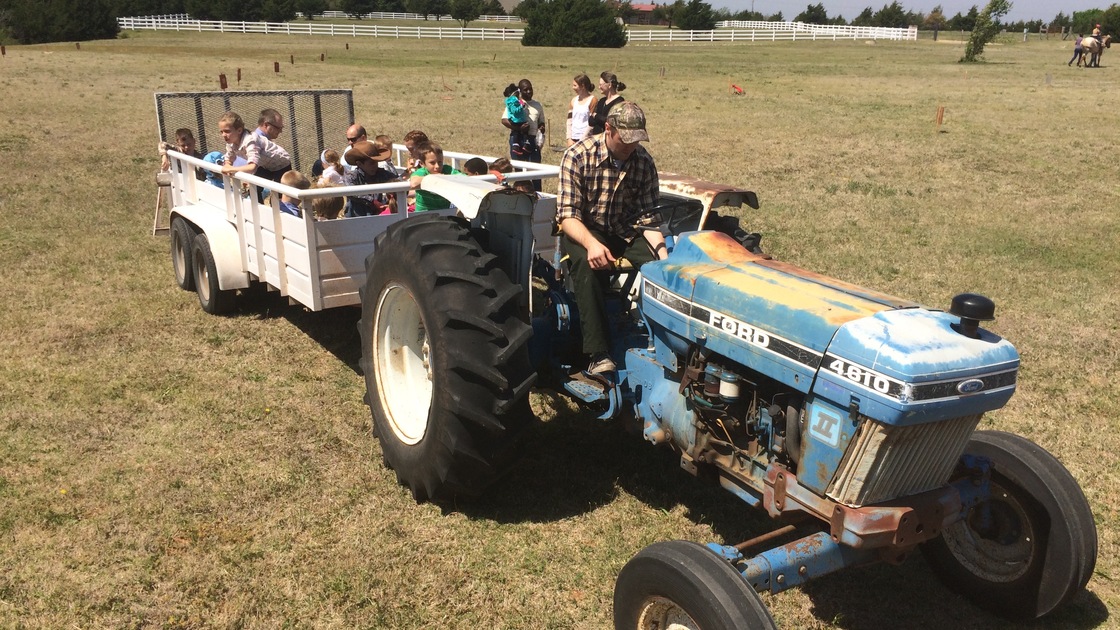 EDMOND—The bell rang, the crowd shouted, and dozens of Imperial Academy elementary students in Western duds charged across the starting line to stake their claims. This was the 2016 Imperial Academy Land Run, which brought together Imperial students, faculty, Herbert W. Armstrong College students and members of the local congregation on April 10 to celebrate the Oklahoma Land Run of 1889.

The event drew roughly 150 native and imported Oklahomans to Imperial’s playground to watch more than 30 boys and girls in boots, jeans, dresses, hats and bonnets sprint across the prairie to claim their numbered plots and trade them in for deeds and prizes at the Imperial Territory Office. Over chow provided by a team of Armstrong College students and local members led by Imperial staff member Maggie Hilliker, attendees relaxed and chatted with each other as children rode horses, took a hayride, walked on stilts, ground wheat, competed in sack races, tossed horseshoes, and played tug-o-war and other games.

A band consisting of Pastor Joel Hilliker, Steve Hercus, Jeremiah Jacques, David Brandon and Jordan Ellis played bluegrass and old country songs while students, families and other members tucked in to stacks of buckwheat and sweet potato flapjacks with fruit fixings as the wind came sweeping down the plain. Children, parents and others visited barnyard animals nearby, chased hens, soothed chicks, patted goats and sheep, and shot the breeze with Imperial Academy mascot Roy L. Ram.

IA principal Wayne Turgeon started the event with a short explanation of the 1889 land run which awarded pioneers land if they claimed it, held it for five years and improved it. “The children need to know the history of the very state they were born in, or they’ll lose it like many of their peers in society,” Mr. Turgeon said. “Knowing your history helps you to know your future. ” Mr. Turgeon rang the bell, a replica of one from Oklahoma’s first school house, and the race was on.

Most of Imperial’s 13 staff members and 12 high school students helped set up the event, along with about 20 members of the Philadelphia Club. Assistant principal Brandon Nice, who organized the Land Run, said the rare chance to hear a live band made this congregational activity special, and that his favorite parts are the run itself and the petting zoo, which is put on by Imperial teachers, Armstrong students and local members. “It’s a great event for the kids,” he said, since many students do not get to experience farm animals and the simpler pleasures in life. “It helps them get a small taste of life on the frontier.”