Why I Recommend the ‘3-Encounter Rule’
As we develop close friendships, we should be careful not to disregard someone too quickly based on first impressions or superficial information.
By Andrew Miiller • May 2, 2016 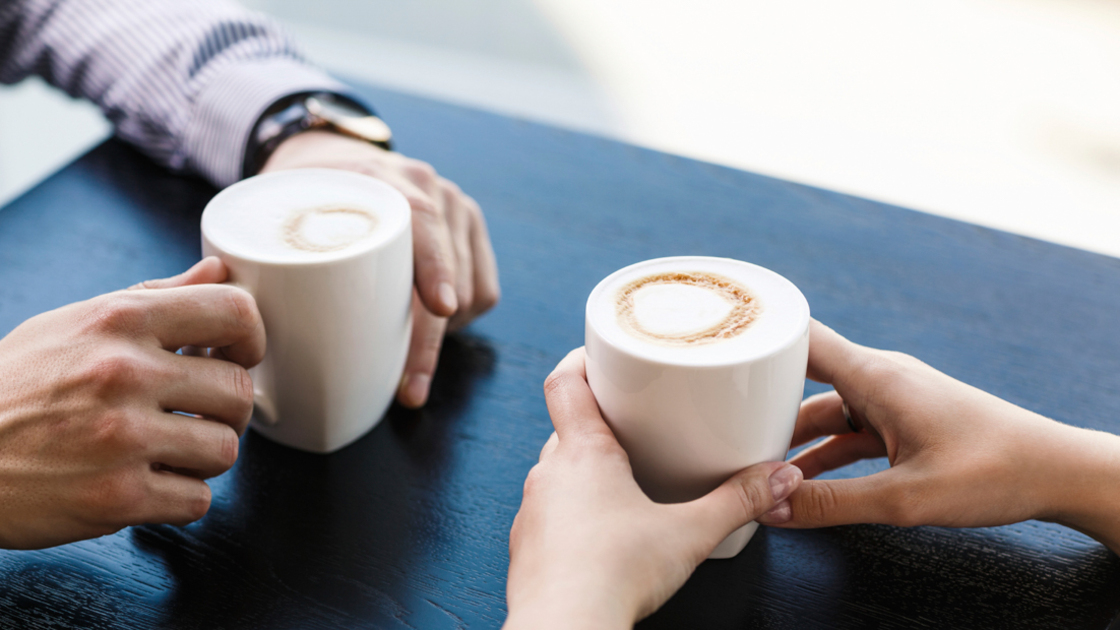 Several months ago, I was working at a research and development laboratory in Houston, Texas. One evening after work, I went to a local restaurant with a couple coworkers. While we were waiting for the food to arrive, one of my colleagues decided to use the time to browse through his Tinder dating app.

I had heard of Tinder, but I had never actually seen anyone use it. It was both fascinating and shocking to see how one of the world’s most popular dating apps worked. First, a picture of some woman in the local area filled his iPhone screen. Below the picture, it had a short three-to-four line autobiography of the person. If my colleague disliked the picture, he could swipe his thumb to the left and the image would be sucked into a trash can with a swishing sound. If he liked the profile picture, then he swiped his thumb to the right. If one of the women he right-swiped also right-swiped his picture, the app allowed them to message each other for a blind date.

Because my dating has consisted of people I have met in the Church or through mutual friends, I was surprised by how calloused Tinder is: relegating someone to the trash after only glancing at his or her picture for a few seconds. How were you supposed to know what someone was like based off of a picture and three sentences of text?

It was also surprising to see the level of expectation this Tinder app fostered for a first date. After my coworker got a date on Tinder, he went out for dinner with her once and admitted that the date went relatively well. It didn’t go perfectly, however, so he was going to continue using Tinder to set up more blind dates that hopefully would go better. After all, with 10 million people using Tinder daily, why settle for less than perfection?

Of course, I don’t know and don’t even want to know all the details about my coworker’s dating life. And I certainly don’t mean to criticize him personally. It just struck me that the future of dating seems to be that of instant gratification and split-second decisions based on superficial information.

Based on this assessment, it was refreshing to see an article on the Art of Manliness website titled “The 3-Encounter Rule.” This article isn’t just about dating; it’s about all friendships, whether brotherly, sisterly or romantic.

In this article, the founder of the Art of Manliness, Brett McKay, described how our desire for instant gratification can carry over into our friendships and relationships. “We’re always on the hunt for that which will exactly meet our personality, interests and expectations, and we think we’ll know it when we see it,” he wrote.

He then pointed out the naivety of assuming that you’re always going to instantly “click” with someone that you’re compatible with during your first encounter. “Sure, sometimes you connect with someone right off the bat, but frequently things can be a little stilted and awkward when you first meet someone, and it’s possible to mistake this awkwardness for a lack of compatibility.”

Instead of left-swiping someone into the trash bin if he or she doesn’t fulfill your every mental and emotional need in the first few minutes of your first encounter, it is far wiser to give the other person the benefit of the doubt. It often takes several encounters before common interests and deeper connections with another person start to emerge.

Based on this realization, McKay formulated what he calls the 3-Encounter Rule. This rule states that it usually takes three intentional encounters to really see if there’s potential for a relationship with someone. This rule applies equally to both dating relationships and friendships. In fact, the example McKay cites as the inspiration for his article was a couples date that he and his wife went on with another married couple they recently met.

In regards to dating, however, McKay cites the example of courtship-researcher Aziz Ansari. In his book Modern Romance, Ansari recounts the frustration he felt when he first started dating; he never seemed to meet anyone he really, really liked. So he gave himself a challenge. If he went on a first date that had at least been decent, he asked for a second date. To his surprise, he found that in most cases, second dates went a lot better than first dates. Instead of continuing to expect someone to dazzle him during their first encounter, he found that the dazzling part of a relationship usually came a few dates later.

In the age of Tinder, people have come to expect an angelic choir to start singing the moment they lay eyes on their one-and-only. It is therefore easy to disregard anyone who is a little stiff, nervous or awkward on a first date. Even when meeting new people, it is easy to write someone off after a single encounter. In the real world, however, meaningful relationships take time to develop!

As Christians, we must strive to live peaceably with all people. We must especially strive to treat all fellow Christians as our own brothers and sisters. In this regard, we must never give up on or disregard anyone.

Obviously, some people in our lives will be closer friends. Even Jesus Christ had a friendship with John that was closer than His friendships with the other disciples (John 13:23), though He cared for them all equally.

As we develop our relationships, we have to be careful not to disregard someone based on superficial information. To help avoid this trap, it’s a great idea to implement the 3-Encounter Rule. If after three planned encounters you feel you don’t have much of a connection with someone, then maybe that person will end up being more of a casual acquaintance. You may find by the third encounter, however, that you are close friends with someone you might have otherwise ignored!