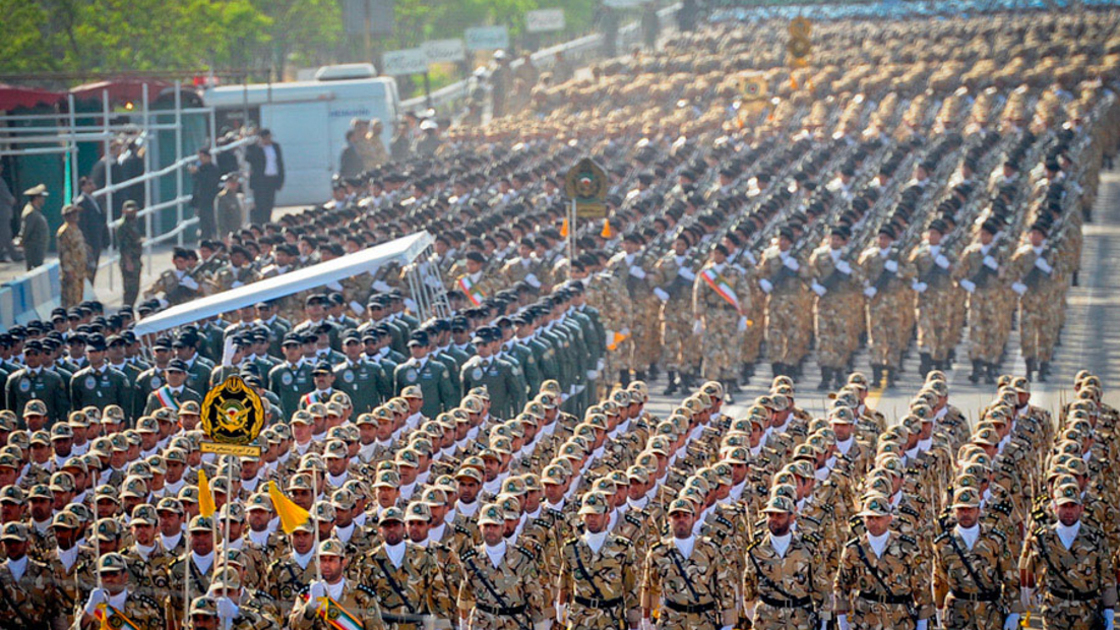 It is interesting that when Mr. Armstrong traveled the world giving testimonial dinners, he mostly went to Gentile rulers. The first of those visits occurred on Sept. 26, 1973, on the Feast of Trumpets. Mr. Armstrong’s commission was to preach the gospel, but he also warned the Gentiles. He had a shockingly strong trumpet-warning message for some of those leaders!

Today we still proclaim the gospel message, the mystery that Mr. Armstrong emphasized, but our emphasis is on the warning because we are in the time of no more delay. We have only a short span of time to warn the world.

We preach the gospel, but only secondarily. The gospel has already been proclaimed to the world by Mr. Armstrong (Matthew 24:14). He also warned the world, but in a secondary way.

Only nine days after the Feast of Trumpets testimonial dinner, the Yom Kippur War exploded on the world scene!

The Arabs also declared an oil embargo that rocked the world.

Such an embargo today could destroy America and Europe’s economies in months! This would be even more threatening if terror-sponsoring Iran gets control of Iraq’s oil (or a large portion of it).

Here is the key point. There is a direct connection between that Trumpets warning by Mr. Armstrong and the terrifying times of the Gentiles he was warning us about—the times we can see so clearly today. The Great Tribulation will be inflicted directly by the ruling Gentiles on America, Britain and the little nation called Israel. These three nations are prophesied to fall together (Hosea 5:5). (Request our free booklet on Hosea for a more detailed explanation.) All this will be concluded by the Day of the Lord and Christ’s return.

The world must be warned about what is coming. Then they have no excuse for ushering in the world’s worst catastrophe ever.

There will probably never be another such warning to the Gentile leaders as the one given to them by Mr. Armstrong. Those leaders were held accountable for getting the same message to their people.

Why would a small church like the Worldwide Church of God have a man traveling around the world and meeting top leaders—and warning them about the times of the Gentiles and Christ’s return? Other leaders often can’t even get in to see those men! Can you explain how that could happen? There is only one way to explain it. God opened those doors, and He did indeed hold up world events.

Now, today, we are to prophesy again and warn God’s own Church, Israel and, to a lesser degree, the Gentiles. Can you feel the times of the Gentiles pressing upon us?The worst suffering ever to afflict humanity is almost here!

The king of the south is flourishing in the Middle East. Iran is swimming in massive oil profits. On Sept. 11, 2003, Iran’s former president, Akbar Hashemi Rafsanjani, was quoted by the Islamic Republic News Agency as saying, “Even though the United States has a physical presence in the countries that surround us, the reality is that the United States is, in fact, surrounded by Iran.” Notice that he said that the U.S. was surrounded by Iran—not Arab nations! That gives you some insight about who the king of the south is. Iran is orchestrating the attacks on the U.S. All the Arab nations fear Iran.

Rafsanjani also said, “God has pushed the Americans into a quagmire in Iraq. If they stay, they will be victims every day, and if they leave it will be a loss of honor” (ibid.).

Iran is taunting the United States! And America is too divided to confront this radical, Islamic nation. President Bush and Prime Minister Blair have both lost prestige and support over what has happened in Iraq. Rafsanjani is essentially telling the world that Iran is the king of the south! He is confirming what we have said for years. Iran is the number-one terrorist-sponsoring nation in the world. It has America surrounded in Iraq, and it has the Jews surrounded in Jerusalem. Iran leads the world in state-sponsored terrorism, and the Middle East nations know it, even if the West doesn’t. Terrorism is spreading mainly because of Iran. It is a way of life in Jerusalem today.

The Middle East Jews are in despair. An annual survey reported in London’s Daily Telegraph (September 30, 2003) revealed that “Israelis are in a state of open despair about their country’s future…” (emphasis mine throughout).

This article continued, “With the collapse of the American-backed ‘road map’ peace plan, the chances of the Palestinian intifada coming to an end have never seemed lower. Two thirds of those questioned predicted the intifada would continue or worsen in the coming year. Asked whether their children would enjoy a better future, 73 percent replied ‘no.’ Asked to describe their feelings about the country’s situation, 43 percent said they were in ‘despair.’”

The Israelis live with terrorism every day. They are experiencing the gathering storm—the storm that the Bible calls “the times of the Gentiles”! You can feel it and see that the perfect storm of war is coming!

America and Britain are fighting terrorism the way the Jews are: failing to attack the head, or source, of terrorism—led by Iran and secondarily by Syria. And the Jews are clearly losing that war. America and Britain will lose too, unless they repent of their sins and regain the will to use their power more than they do today (Leviticus 26:19).

We must proclaim God’s message into Israel and Jerusalem. “O [you] that bringest good tidings [to Zion], get thee up into the high mountain …”—that is how Isaiah 40:9 should read (see the King James Version margin reference). Zion is God’s people. “… O [you] that bringest good tidings [to Jerusalem] ….” The Philadelphia Church of God does have good news for Jerusalem! “[L]ift up thy voice with strength; lift it up, be not afraid; say unto the cities of Judah, Behold your God!” We must get this message out, using television and publishing: Behold, your God! He is coming!

We have delivered this message to the Jews only in a small way. I believe there is yet to be a powerful message going to Israel, which is the tribe of biblical Judah. They are in despair and hopeless. They need a warning and our message of hope. Only we can and will deliver it, through faith.