Lessons From a Doc
If we doubt God’s incredible power, we can miss out on life-changing opportunities.
By Zechariah Henderson • March 31, 2016 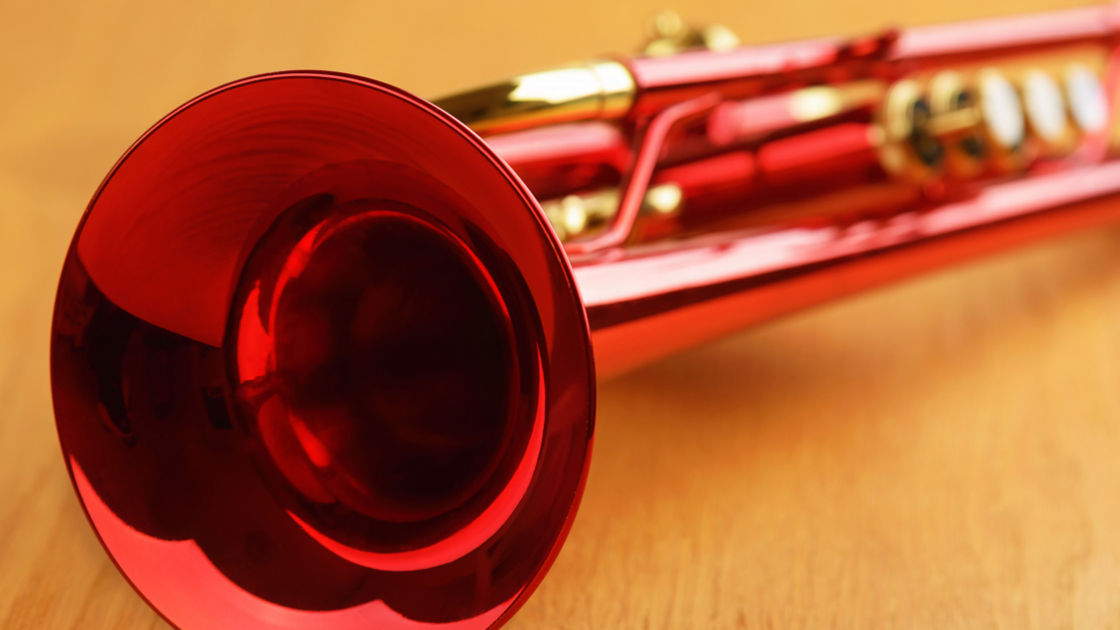 It was one of the few times in my life when I can recall my knees actually knocking. An intense concoction of anxiety and exhilaration coursed through my small frame. I was—hopefully—about to meet one of the biggest jazz legends the world has ever seen: Carl “Doc” Severinsen.

Rewind to before the concert. As a beginning trumpet player, I absolutely had to go to a show featuring the incredible former leader of the Tonight Show Band. The concert also happened to fall on my birthday, which my 12-year-old self considered pretty cool. As the date drew nearer, I began to wonder if I could somehow arrange for Mr. Severinsen to sign the bell of my fire-engine red Wurzbach student trumpet. My father looked into it and consulted with Mr. Mark Nash, artist liaison for the Armstrong International Cultural Foundation. Mr. Nash said that Doc, at the time being 85 years old, usually didn’t visit with patrons after his performances. I was a little crestfallen but nevertheless determined to have him sign my trumpet. I implored God to help make this happen every day leading up to the concert. I really wanted my trumpet signed.

The night of the concert, I arrived early with my father (and of course, my trumpet) and asked the Armstrong Foundation marketing director Shane Granger if he would mind taking my trumpet backstage before the show to somehow get it autographed. That plan fell through, however, and throughout the show, I knew I had only one shot left to have my instrument autographed. Every time there was a break in the music, I asked God to allow my trumpet to be autographed whichever way He saw fit.

After the show, I sat on the bench in front of the entrance to the backstage hallway. I waited for about 10 to 15 minutes. Then Mr. Granger asked me to follow him. Backstage. As we walked up the left ramp that connects the theater with the stage, my heart started racing. I was borderline hysterical as we entered the left wing of the backstage area of the building. I set my trumpet case on a table, opened it up, and carefully lifted my bright red trumpet (with a slightly dimpled bell) out of its case and into my trembling hands. I anxiously waited, staring down the hallway at the star dressing rooms. A woman stepped out of the room furthest to me and said something along the lines of, “Mr. Severinsen will see you now.” I don’t remember her exact words, but I do remember nearly passing out in anticipation of what I was about to do. The walk to the room where Doc was seemed to last an eternity.

Thirty seconds later, I was talking with one of the greatest musicians I had heard to date. I was so overcome with the immensity of the moment that I nearly forgot to ask Doc—he specifically requested I call him that—to sign my trumpet. When I handed him my trumpet, he not only signed it, but he played it as well! That trumpet had never been played so well since I first got it.

After Doc signed it, I thanked him and then awkwardly walked out of the room, still trying (and failing) to process what had just happened. As I left the backstage area and headed back to my father, I cracked a grin so big it could have been in the Guinness Book of World Records. I didn’t care how crooked my teeth were. I had just met one of the best jazz musicians of the century in person. I still can’t believe that Doc Severinsen played my trumpet.

Although I didn’t realize it at the time, God used this experience to teach me a powerful lesson about not doubting His power. I nearly missed an incredible opportunity. Had I not followed through with my original idea, none of this would have taken place, and I wouldn’t have Doc’s autograph—or such an amazing memory with me today. We might have the most outlandish, far-fetched goals that may seem absolutely impossible, but if we truly desire them, and if they are worthwhile, all we have to do is pray about it—and leave the situation in God’s more-than-capable hands.

In Measure for Measure, the great English playwright and poet William Shakespeare wrote, “Our doubts are traitors. They make us lose the good we oft might win by fearing to attempt.” If we doubt God’s incredible power, we can miss out on life-changing opportunities. Life will seem like an immense struggle. But if we rely on God and humbly ask for His divine help and intervention, we can conquer seemingly insurmountable odds. All too often though, we stubborn humans choose to tackle our own lofty goals by our lonesome selves and usually end up failing miserably.

So don’t be a doubter. Put your problems, desires and goals—however wild they may seem—into God’s hands. If He can part a sea or cause the Earth to reverse its orbit around the sun, surely He can accomplish anything we might ask of Him.

By the way, I haven’t gotten rid of the shiny red trumpet (with the name on its bell) and probably never will. I even have the silver Sharpie Doc used to sign it.