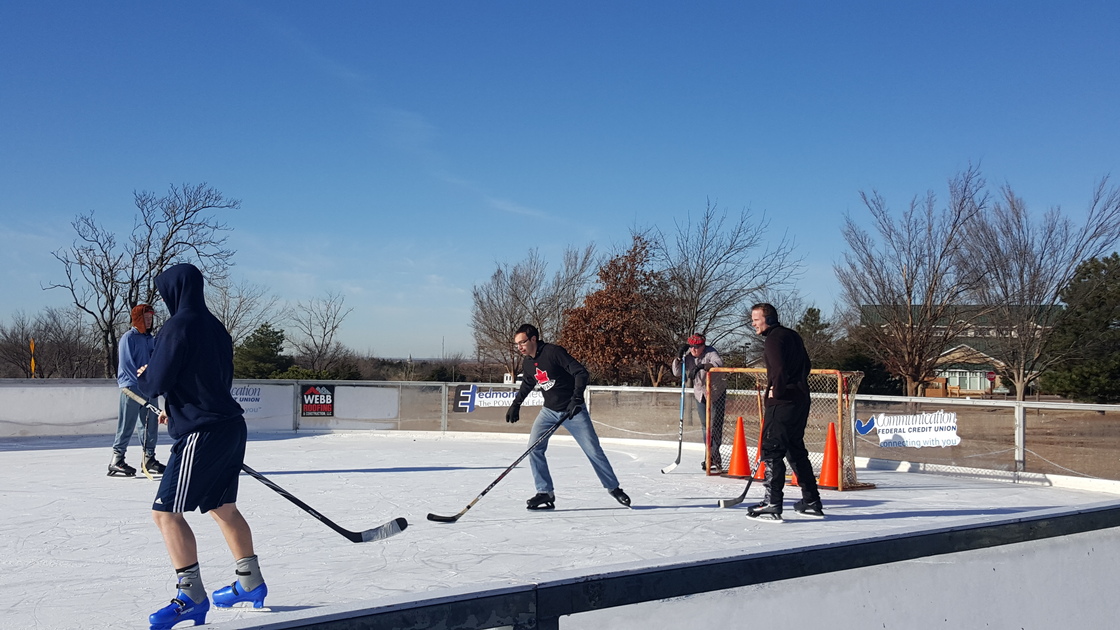 EDMOND—Twenty-four Philadelphia Church of God men took to the ice at Mitch Park for the second annual ice hockey tournament on January 3. Staff member Jason Cocomise organized the event, which occurred during the 2016 Ministerial Conference.

The men composed two teams: America vs. The World. For the first hour, the players got used to the slippery surface and fast pace of the hockey puck. Although several had been avid skaters or hockey players in the past, most had not played regularly in a year, if at all. For some, half of the time was spent slipping and sliding over the ice.

During the second hour, the teams were divided further, and four teams cycled through in a winner-plays-on tournament. Team Canada had a clear advantage, and teams worked furiously to topple them.

“The annual event was a great success because we had a nice turnout of 24 men (three ministers) and no injuries,” Cocomise said.