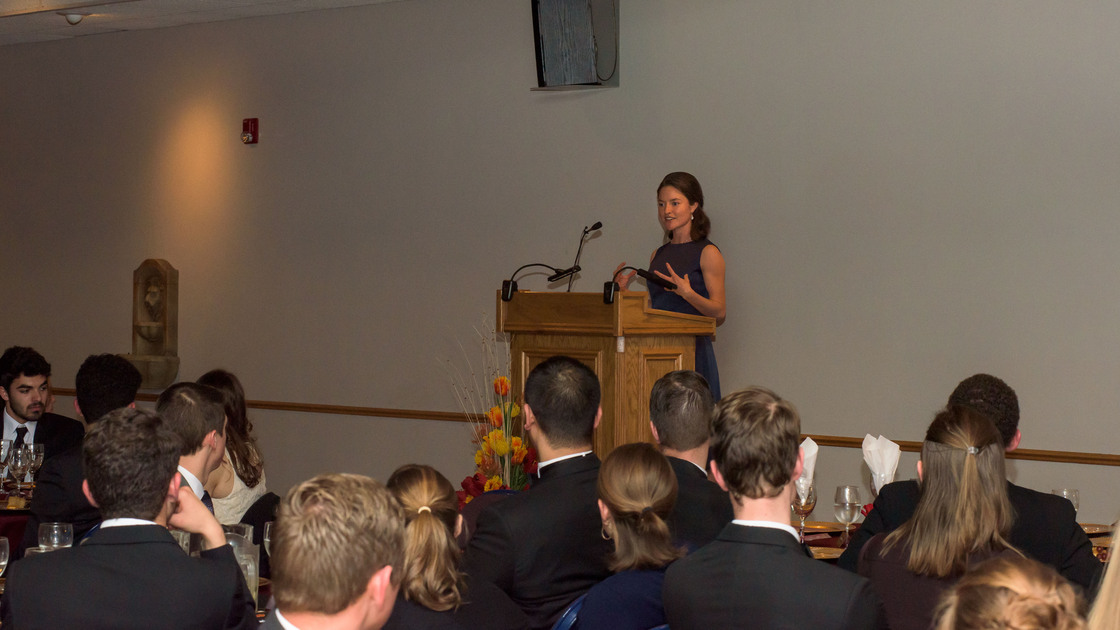 EDMOND—Herbert W. Armstrong College students and faculty attended the annual speech banquet in the John Amos Field House on February 21, hearing some of the best speeches of the year from some of the school’s most well-spoken students.

The sophomore class, led by Gino Chi and Rachael Grellet, organized the event for nearly 100 guests with the theme of a five-star restaurant in Jerusalem alongside the throne of David and Gihon Spring.

“You pray about the different aspects of the event, for everything to go well and be beneficial to all attendees,” Grellet said, “but to see it all run smoothly and without any mishaps was absolutely invigorating! When we place it in His hands, things work out despite ourselves.”

The speaking program included nine students. Freshman Jessica Brandon gave an inform speech about the benefits to eating an apple everyday. Junior Rachel Culpepper spoke about a lesson she learned in being patient with God’s timing, saying, “Sometimes God gives you a lot of little no’s so He can give you the world’s biggest yes.”

“Half of me really wanted to be able to do it because it was an honor, but the other half of me knew that it would be easier not to do it,” Culpepper said of the speak-off leading up to the banquet. “So when my name was called, I was really excited but I still knew that it was a huge responsibility, and I had a lot of work to do.”

Senior Justin Yocum, the final speaker of the evening, gave an inspire speech about an experience at a track meet when, in the middle of the race, he gave up and walked off the track. His father encouraged him to never give up and to keep running. He encouraged his listeners to never quit, no matter how difficult circumstances may be.

Of the upperclassmen, Jessica Brandon said, “They all showed a great depth of thought and a maturity of thinking that they have gained through their time at Herbert W. Armstrong College. For all of us freshmen, they showed us where we could be in a few years, both in speaking and maturity.”