Robber’s Cave and New Revelation
God began the latter spiritual rain with an unbaptized person! Is there any doubt that God can powerfully use our young people?
By Gerald Flurry • March 3, 2016 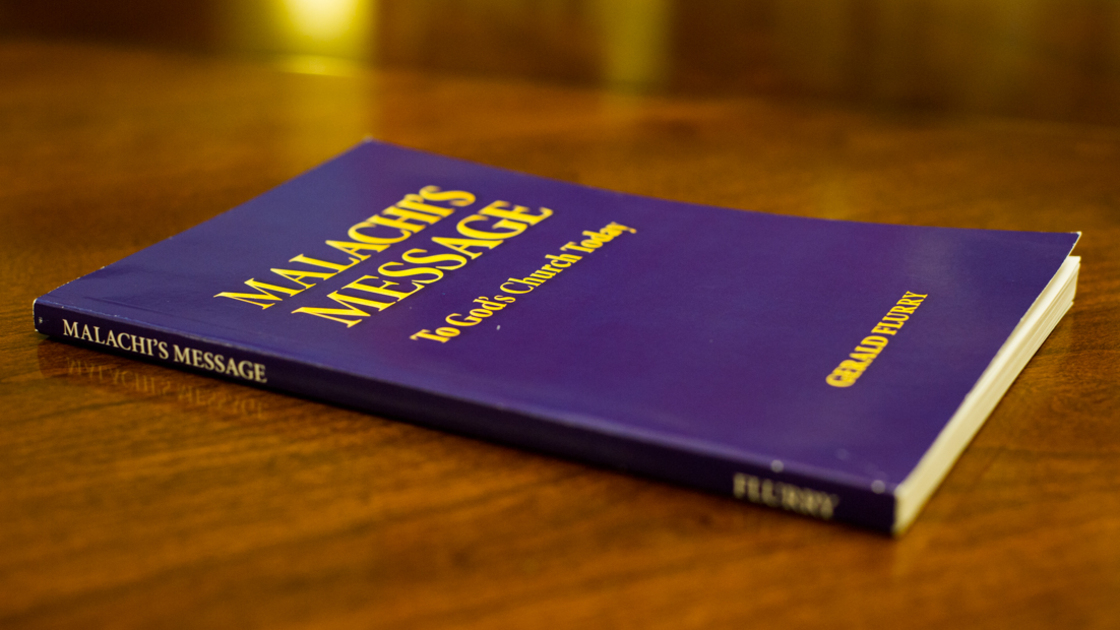 Daniel 8:10-12 prophesy of a false leader in God’s Church being used by Satan in destroying God’s Work. The “daily”—the Work of God—was cast to the ground, and the truth was stopped because of transgressors in the Church. These rebels were causing difficulties for Mr. Armstrong before he died (they are described in Revelation 3:9 as “the synagogue of Satan”).

Verse 13 of Daniel 8 shows that the sanctuary (the Church) and the host (the angels supporting the loyal people of God) were both trodden underfoot! The work in God’s Church was replaced by a “mystery of iniquity,” or lawlessness. The very elect were crying out to God, How long before you cleanse the sanctuary? And in verse 14, God answers that it would be after 2,300 sacrifices—or 1,150 days. All of this is explained in our free booklet Daniel—Unsealed at Last!

This was the most traumatic time in God’s Church for God’s loyal remnant.

Mr. Armstrong died on Jan. 16, 1986. After 1,150 days, or around March 11, 1989 (probably that exact day), God began revealing to me the truths contained in the book Malachi’s Message. In God’s eyes, it was at that point that the sanctuary was cleansed.

Though the sanctuary was cleansed through God’s prophet, spiritual rain was not watering the Church immediately.

God reveals His truth to apostles and prophets (Ephesians 3:5), but that truth doesn’t rain into the Church until His man speaks to the Church.

You can see the same pattern in Revelation 11:1. When God measures His temple, first He measures the altar—then He measures “them that worship therein.” To get His message to the people, first it must go to the altar, or the ministry, when God reveals it to His man. It takes time, then, for that truth to get beyond the altar and to reach the Church.

The End of the Drought

As God was revealing Malachi’s Message, my children were at Ambassador College in Pasadena, California—my daughter, Laura, in her senior year; my son, Stephen, in his freshman year. That was where I felt they could get the best education on this Earth. But I became increasingly uneasy as I detected the wrong direction the leaders were taking God’s Church. Both of them were alerted to problems in the Church. I convinced Stephen to continue his education at the Ambassador campus at Big Sandy, Texas, closer to where I was in Oklahoma.

That summer, on his way to Big Sandy, my son visited us in Oklahoma. I picked him up at the airport and took him immediately to our July 14 weekend church campout at Robber’s Cave, Okla. (My son was keeping a diary at the time, and recorded these events.) It was a tense weekend, because I had a rough draft of Malachi’s Message with me that I had decided to share with my son. When I gave it to him on that Sabbath, he was the first to see it, and I was very concerned about how he would respond.

Some others in the Church were already suspicious about what I was doing. Stephen was also slightly unsure of where I was spiritually and didn’t read my manuscript immediately (on July 15)—he didn’t want to be accused of blindly following his dad.

We need to remember that Mr. Armstrong had provided strong leadership in the Church for 57 years. We were usually suspicious of anybody who spoke against Church headquarters—that includes me! Anybody who left the Church in that period was considered to be rebelling against God. Also, Stephen’s teachers at Ambassador College had been teaching against “heretics.”

So I waited in vain, and rather tensely, on that Sabbath day for my son to read Malachi’s Message.

Finally, my son read the rough draft of Malachi’s Message on Sunday, July 16, 1989—exactly 3½ years after Mr. Armstrong died! My son was positive in what he said, but he didn’t say much. I could tell he had been sobered by what he read. The sanctuary had already been cleansed, but it took a few months before that rain began to reach beyond the altar, or ministry.

In God’s eyes, that is when the “latter rain” began (James 5:7)—with my son. At that point, the drought ended. With great relief and joy, we thanked God that He was once again revealing truth to His very elect!

Within six months, we were mailing Malachi’s Message to a large number of the Laodiceans. Revelation was again raining into God’s Church. Many of God’s people realized they had been starving and thirsting to death because of a lack of spiritual nourishment! This eternal, life-saving rain brought God’s people to the pcg.

That refreshing spiritual rain had started on July 16, 1989, with one young, unbaptized man reading a rough draft of God’s revelation.

For me to give Malachi’s Message to my son placed a heavy responsibility on him. I knew this was going to be a test for my son. When something like that happens, we have to make the right decision! Clearly, the way God viewed it, that was a far more significant moment than it would have appeared.

Young people, realize: My son really wrestled with that choice—as probably any unbaptized person would have. He loved college, yet here was his dad doing something that many members dismissed as rank rebellion! God made him choose—just as He makes each of us choose. It would have been so easy to turn away from God at that point and to miss all the blessings. But if we make the right choice, God can accomplish tremendous things in our lives! We must always strive to get ourselves out of the way and let God lead us.

Look what one person can achieve by choosing correctly and going wherever God leads him!

God began the latter spiritual rain with an unbaptized person! Is there any doubt that God can powerfully use our young people?

Clearly, such choices aren’t easy—sometimes they are the most difficult of our lives. But don’t choose wrong and then make the excuse, I did it because I’m unbaptized. That’s no excuse—that is a cop-out!

It’s easy to choose the wrong way. But the young people in God’s Church have an opportunity to choose correctly with noble and eternal consequences! What marvelous results your life will produce if you choose right!

In the summer of 1992, three years after my son made that choice, I received the understanding that Malachi’s Message was actually the “little book” spoken of in the 10th chapter of Revelation. (This truth is explained in our free booklet The Little Book.) I first delivered this revelation at our Philadelphia Youth Camp that summer. That is the only time I have given new revelation to a group of unbaptized young people. I didn’t make that choice, God did!

Is there a connection between what happened in Robber’s Cave with my son and what happened with the new revelation about the little book?

God is certainly challenging you young people to follow Him and to let Him bless your life!

Our youth have a strong connection to Malachi’s Message—the little book. And God wants them to fully understand that!

Then look how closely this is all tied to God’s revelation of James. How much could we have understood James 5:17-18, without knowing when my son would read Malachi’s Message for the first time? Those verses would not have had the explosive impact they now have.

Mr. Armstrong is tied to our Work today in a way we had not understood before. And God is involved in the pcg much more deeply than we often think!

This is just one more reminder about who is in charge of this Church. Christ keeps showing us how our Work is tied to the end-time Elijah.

“Where is the God of Elijah?” He is extremely active in the pcg today!

Excerpt from: The Epistle of James Chapter 5, by Gerald Flurry.