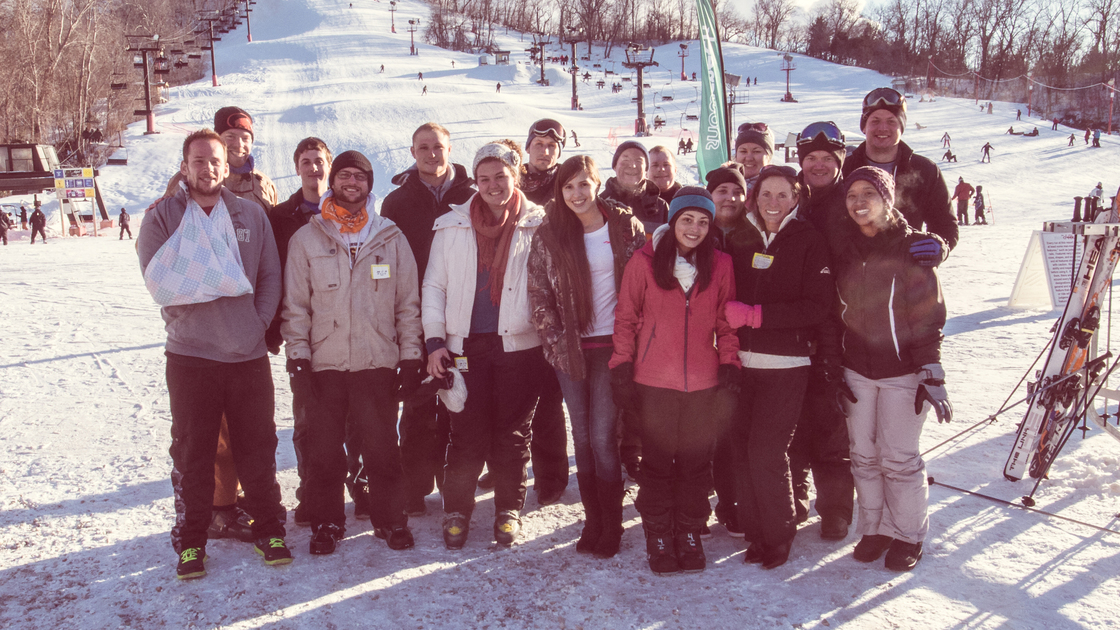 MISSOURI—More than 20 members of the Philadelphia Church of God from three different states met for a day of skiing and snowboarding at Snow Creek in Weston on January 17. The turnout for the event has more than doubled since the Kansas City congregation began hosting it in 2014.

Though the thermometer reached only 9 degrees, everyone was prepared for the cold and stayed warm in their winter clothing. A light snowfall the night before put fresh powder on top of the artificial snow at the ski and snowboard park.

“God really blessed us with a fresh layer of snow and beautiful sunny weather,” Edmond member Ben Young said. “For a place that relies heavily on man-made snow, that was really special.”

Several first-time skiers in the group took advantage of the group lesson offered, while the more experienced skiers headed straight for the slopes.

“It was nice being with friends learning to ski for the first time,” Edmond member Sherry Beezley said. “It made it even more fun.”