Lessons From History: The Flying Scotsman
An Olympic-sized lesson
By Brianna Weeks • Jan. 28, 2016 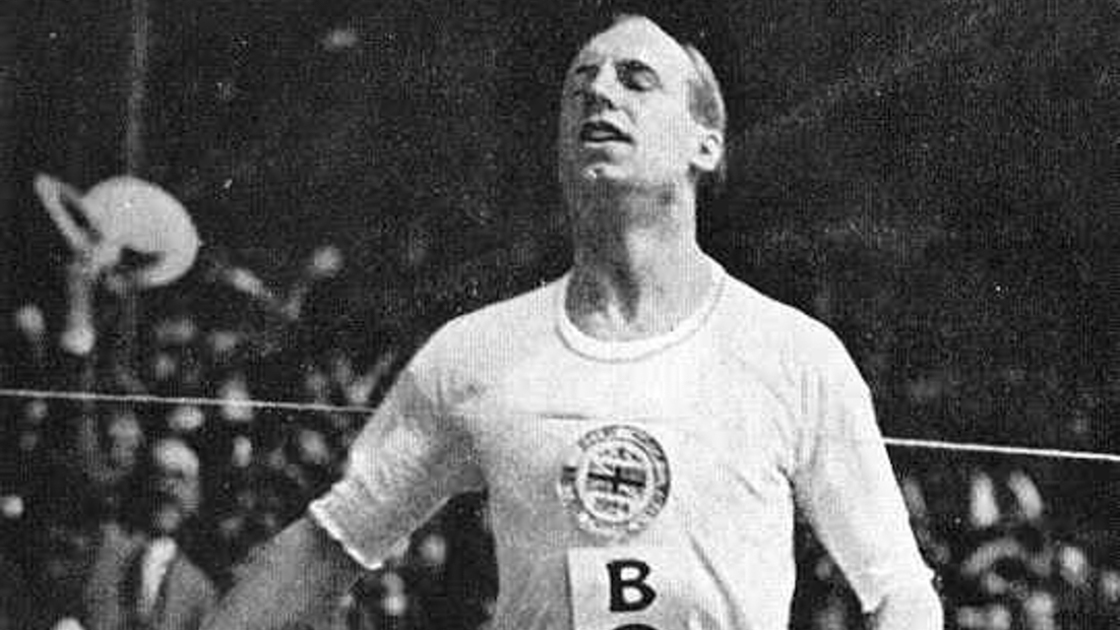 If you know anything about running, the Olympics or famous soundtracks, you’ve probably heard of the movie Chariots of Fire. It tells the tale of a group of men from the United Kingdom who trained for different running events in the 1924 Olympics in Paris, France. One man the plot line focuses on is Eric Liddell.

While the movie is somewhat over-dramatized, as most movies “based on a true story” are, the true story of Eric Liddell has an inspiring lesson for real life.

Eric Liddell was born on Jan. 16, 1902. His parents were both originally from Scotland, but he was born in Tientsin (now known as Tianjin), China. His parents, James and Mary Liddell, were missionaries belonging to the London Mission Society, and they lived and worked in China during Liddell’s childhood.

Liddell lived in China until 1908, when his parents sent him and his older brother, Robert, to England to attend Eltham College, a boarding school for the children of missionaries. He attended Eltham College until 1920, finishing both his primary and secondary education there.

Two or three times throughout his education at Eltham, his parents and two other siblings—an older sister named Jenny and a younger brother named Ernest—visited him and his brother. On these visits, the entire family would go back to their homeland: Scotland.

Because of his family’s ties to Scotland, Liddell attended the University of Edinburgh. While he studied there, Liddell became well known as a great athlete. In 1922, he competed on Scotland’s national rugby team in seven international matches.

It was as a runner, however, that Liddell had his greatest successes. He competed many times for both the University of Edinburgh and Scotland in various track and field meets, winning the 100-yard event almost every time he competed in it. In 1921, he won the 100-, 200- and 220-yard races at the Scottish Championships. In 1923, he participated in the aaa Championships, where he again won the 100-yard race.

Because of his successes on the track, Liddell soon became known as the “Flying Scotsman.”

As the 1924 Summer Olympics approached, the Flying Scotsman started training more vigorously for the 100-meter event. Scotland rejoiced in the virtual certainty that one of its own would be atop the medal stand in a matter of months.

The hopes and dreams of the nation, however, were soon dashed.

In late 1923, the winter before the Olympics, Liddell found out that, because of his deeply held religious convictions, he would be unable to run the qualifying races for the 100-meter event at the appointed time. The force of his persuasion was so strong that he would rather forfeit representing his country in the Olympics than breach his conviction. No amount of begging from the Scottish people would change his mind—the Flying Scotsman would not enter the 100-meter event.

Liddell had run short events similar to the 100-meter race for years. He had built up a reputation for unparalleled success in them. He had trained for months specifically in order to participate in the 100-meter event at the 1924 Olympics. And now, with his chance to shine at the Olympics only months away, he was willing to give it all up because of his beliefs.

If you had the chance to go to the Olympics—a dream that almost every athlete has at some point—but you found out that your race would take place on a Saturday, what would you do?

Now, obviously, none of us will be going to the Olympics any time soon, but this lesson can apply to going to parties or basketball games on Friday night. It can apply to swearing or taking God’s name in vain. It can even apply to how we act in public. When we are faced with a choice between standing up for our beliefs or caving in to the pressure from our peers or friends, do we have the resolve to take a stand for God?

After Liddell forfeited the 100-meter event, he started training for the 400-meter race instead. The 400-meter event was, back then, categorized as one of the longer races—not at all what people thought of as Liddell’s specialty. He didn’t let their doubts stop him. He trained as hard as he could, and he even gave up rugby in order to have more time to run.

His work paid off: At the Olympics, he stood atop the medal stand with a world record of 47.6 seconds. That record would not be beaten for 10 years.

Liddell never would have had the chance to obtain that gold medal or world record if he had compromised on his beliefs and run the 100-meter race. He probably would have won that race—but that was something everyone had already expected him to do. The 400-meter race was a different triumph altogether. It was a feat that no one thought he could accomplish. He did.

If Liddell—a man who was cut off from God’s truth—was willing to give up everything he had worked for as well as let down an entire nation for what he believed in, how much more should we—who are blessed to have access to the truth of God—be willing to give up our desires in order to stand for God?

And if Liddell was still able to be successful and deliver for his country without God’s help, how much more can we be successful with the great God of the universe helping us?

If we put God first and seek to please Him before anyone else—as Liddell did to the best of his knowledge and ability—He will give us the desires of our heart (Psalm 37:4). It may be in a different manner from what we expect—like a gold medal in a 400-meter race instead of a 100-meter race—but He will always give us what we need to fly.