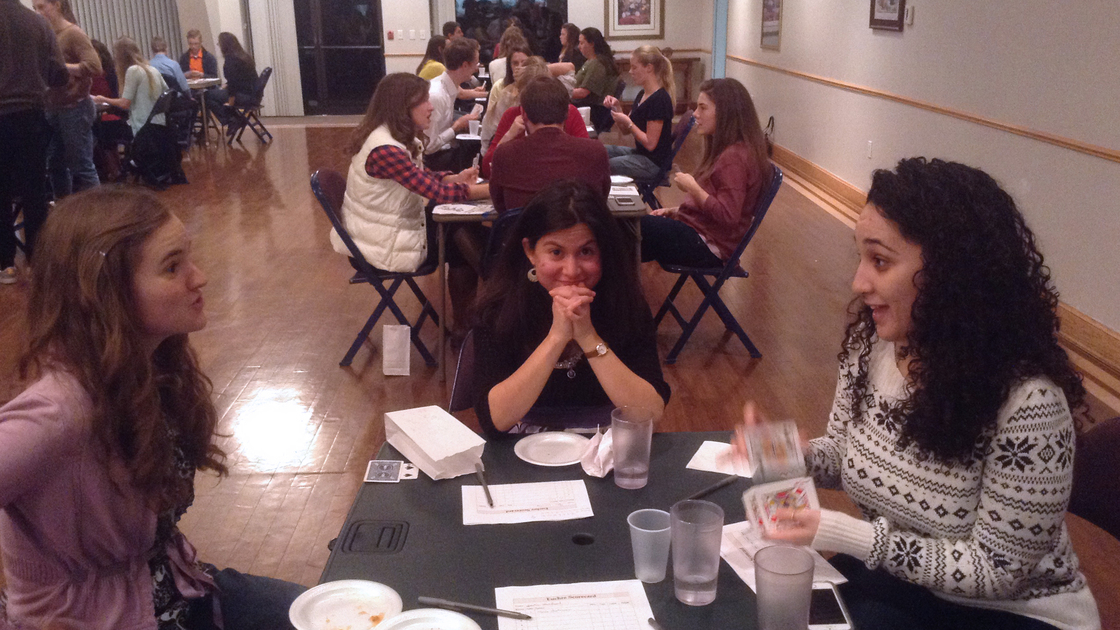 EDMOND—On January 16, over 50 Philadelphia Church of God members from the Edmond congregation and Herbert W. Armstrong College gathered at the John Amos Field House for a euchre tournament.

The trick-taking card game, which is regionally popular in the Midwestern United States and parts of Canada, the United Kingdom, Australia and New Zealand, involves two pairs of partners competing against each other. Euchre is notable for its social aspect, which was evident in the dining hall as players chatted and burst into laughter.

After the Sabbath, volunteers folded up dining hall tables and chairs and replaced them with card-game tables. Edmond Deacon Jason Hensley, himself originally a Midwesterner, coordinated the evening and taught participants the rules and strategies of the game. After a 15-minute practice period, members and students put on their “poker faces,” and the tournament commenced.

As the cards were dealt, people hastily picked up their cards and organized it in their hands. Partners “table talked” to each other across the table, using a variety of facial expressions and gestures, which created an atmosphere of laughter throughout the evening.

Score keepers walked around the room and served popcorn, trail mix, water and lemonade throughout the evening.

At the end of the tournament, the winners were announced: James Henderson came in second, and headquarters minister Mark Nash came in first. Hensley noted that both of the winners were originally from Michigan, a Midwestern state where euchre is popular.

Volunteers took down the tournament tables and set the dining hall back up in less than 10 minutes, then members braved the cold and drove home as Armstrong men escorted Armstrong women back to their dorms, chatting and laughing about the unique experience of what was, for many, their first euchre tournament.