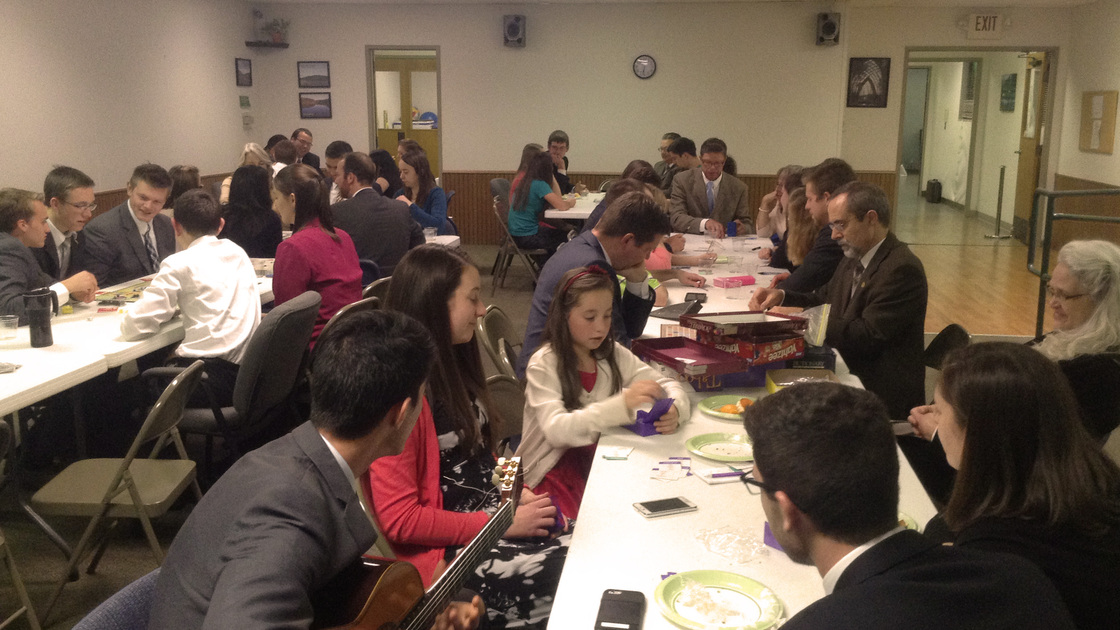 EDMOND—Thirty students from Herbert W. Armstrong College visited the Northwest Arkansas congregation of the Philadelphia Church of God on December 12 for the first outreach of the school year.

Students served in the roles of leading hymns, delivering opening and closing prayers and a sermonette, and providing snacks.

Sophomore Johnathan Mansour said he learned about being grateful for conveniences while talking to Arkansas members. “I spoke to three people who drove at least two hours both ways to services,” Mansour said. “Seeing their sacrifice, and joy in doing so, was a great example for myself.”

After Sabbath services, students and members played board games and shared laughs. Students then packed into two 15-passenger vehicles and took to the road for the four-hour drive back to campus.

“I am looking forward to more outreaches in the future to other congregations that I don’t know,” freshman Brianna Weeks said, “since that will be a chance to get to know even more members of God’s Family.”