Bible IQ: Do You Know Who God Is?
God does reveal Himself to us in the Bible, if we will just understand it.
January 2013 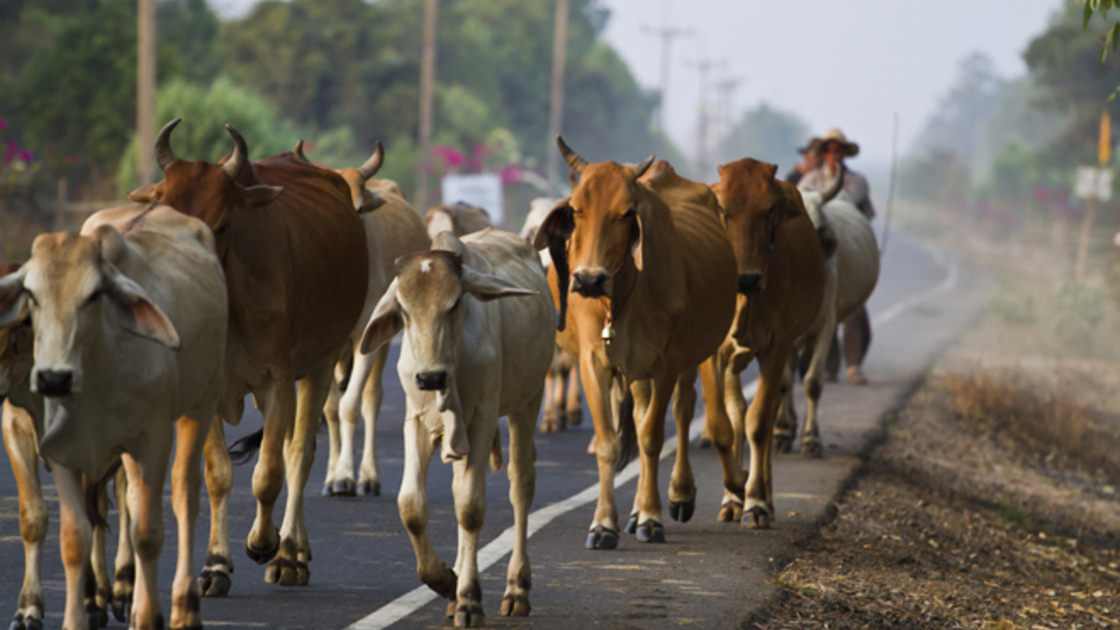 Educator Herbert W. Armstrong was traveling in India years ago when he noticed cows and oxen wandering through Delhi’s streets. Mr. Armstrong asked his driver, “Don’t these cattle stray quite a distance from home?”

“But, when they wander all over the streets so far away, how do their owners find them, to drive them back home for the night?”

The driver smiled. “The owners don’t. But the cattle and the oxen know their owners and where they live. They find their own way home in the evening.”

Mr. Armstrong said that incident illustrated Isaiah 1:2-4: “Hear, O heavens, and give ear, O earth: for the Lord hath spoken, I have nourished and brought up children, and they have rebelled against me. The ox knoweth his owner, and the ass his master’s crib: but Israel doth not know, my people doth not consider. Ah sinful nation, a people laden with iniquity, a seed of evildoers, children that are corrupters: they have forsaken the Lord, they have provoked the Holy One of Israel unto anger, they are gone away backward.” Even cattle know their master, yet humans don’t!

These words were originally directed to ancient Israel, a nation to which God had revealed Himself by many infallible proofs and miracles. But the Israelites rebelled against Him and forgot who and what He is. How much less do the nations today know about who and what God is!

Israel’s descendants do not know who God is. Modern science does not know whether God even exists—much less who and what He is. Higher education does not know or teach the amazing truth about God’s identity. Instead, it has universally accepted the fable of evolution, the atheist’s attempt to explain the existence of a creation without the preexistence of a Creator. Thousands of years after Isaiah wrote those words, we still don’t know our Master!

A World in Religious Confusion

It seems utterly unbelievable, but even religion does not know who or what God is! That’s one reason why there are so many wildly different, conflicting versions.

You live in a world of religious confusion! Christianity, Islam, Hinduism, Buddhism, Sikhism, Judaism, the Baha’i Faith, Confucianism, Jainism, Zoroastrianism, Shintoism, Taoism—the world is full of conflicting ideas about spiritual truth. The Christian religion, with its thousands of denominations and sects, has the largest in number of adherents, but it is filled with various contradictory ideas about God. Not even traditional Christianity really knows who and what God is!

So much of the cause for this confusion is simply that human beings try to figure out and reason for themselves what God’s nature is like. But the way to learn the truth about God is to consult the source of revelation that God Himself provided us! With an open Bible and an open mind, you can prove God’s identity.

Let’s look into the Scriptures and begin to examine this question, then, of who and what God is.

Where in the Bible is the earliest account of God’s existence? You might think, In the very first verse, Genesis 1:1. “In the beginning, God created the heaven and the earth.”

But that’s actually not the earliest mention.

1. Where, in chronological order, is the earliest revelation of who and what God is? John 1:1-3.

This verse talks about a time before heaven and Earth, before the material universe. The Greek word translated into English as “Word” in John 1:1 is Logos. It means word, revelatory thought, spokesman, or one who speaks. It is the name there used for an individual Personage.

2. What did the Word become? Verse 14. Is He the only begotten Son of God the Father? Same verse. Did He live on Earth? Same verse, and also Matthew 1:23.

The Word is a Personage who was made flesh and blood over 2,000 years ago. He became the human Jesus Christ! He was begotten by God (who then became His Father) and was born of the virgin Mary as a human being.

Jesus’s begettal by God the Father was unique in the history of the world. Mary, His mother, was the only virgin who has ever conceived a child whose father was God! In this sense, Jesus is the “only begotten” Son of the Father.

But at the prehistoric time described in John 1:1-3, the Word was not yet the Son of God, and God was not yet His Father. There existed only two Personages. One was God. And with God was another Personage who was also God. How could the Word be with God and also be God?

There might be a man named John. And John might be with the man named Smith, and John might also be Smith because John is the son of Smith, and Smith is the family name. Yet they are two separate persons. The only point of difference in that analogy is that the Word, at the time of John 1:1, was not the Son of God yet. But He was with God, and He also was God. It was He who was later begotten and born as Jesus Christ.

Both members of the God Family have existed eternally (Psalm 90:2; Hebrews 1:8, 10-12; 1 Timothy 1:17). It is impossible for our finite human minds to understand how these two immortal supreme beings could have always existed, but neither can we really understand what electricity is. Yet we know electricity exists and is very real.

Jesus was both human and divine. God was His Father, and the virgin Mary was His mother. He was both the “Son of God” and the “Son of man.” As the Creator of the universe and mankind (John 1:3; Ephesians 3:9), His life was worth more than all other human lives combined, and as a human, He could die. This great God sacrificed Himself for the sins of all mankind so that others could come to know who God is, receive His Spirit, and ultimately be born into His Family (Romans 8:29; Hebrews 2:11).

1. What physical creation did God make whose image and likeness was patterned after Himself? Genesis 1:26. Can we therefore conclude that both members of the God Family look like a man? Same verse.

We know what form and shape a man has. Since Adam was created in the “image” of God, after His “likeness,” God therefore has the form and shape of a man. In various parts of the Bible, it is revealed that God has a face, eyes, a nose, a mouth, ears, hair, arms and legs, hands and fingers, feet and toes. God has a mind. In all those respects, you are very much like God!

2. The Word became flesh and blood and lived on Earth. Did Jesus have a special appearance, or did He look like any other average man in His community? Matthew 26:47-49.

The multitude that came looking for Jesus had to have Him specially pointed out. He had no particularly distinguishing features.

3. Whom did Jesus tell Philip that the Father in heaven looked like? John 14:9.

5. Are the Father and Christ’s appearances described as glorious? John 17:5. What does Jesus, after His resurrection and restoration to former glory, now look like? Revelation 1:13-18.

If we could see both God the Father and Christ the Son as they appear today in their glorified state in heaven, their faces, though formed and shaped like human faces, would be as bright as the sunin full strength! Their eyes would be like flames of fire, their feet like burnished brass and their hair as white as snow!

God does reveal Himself to us in the Bible, if we will just understand it.