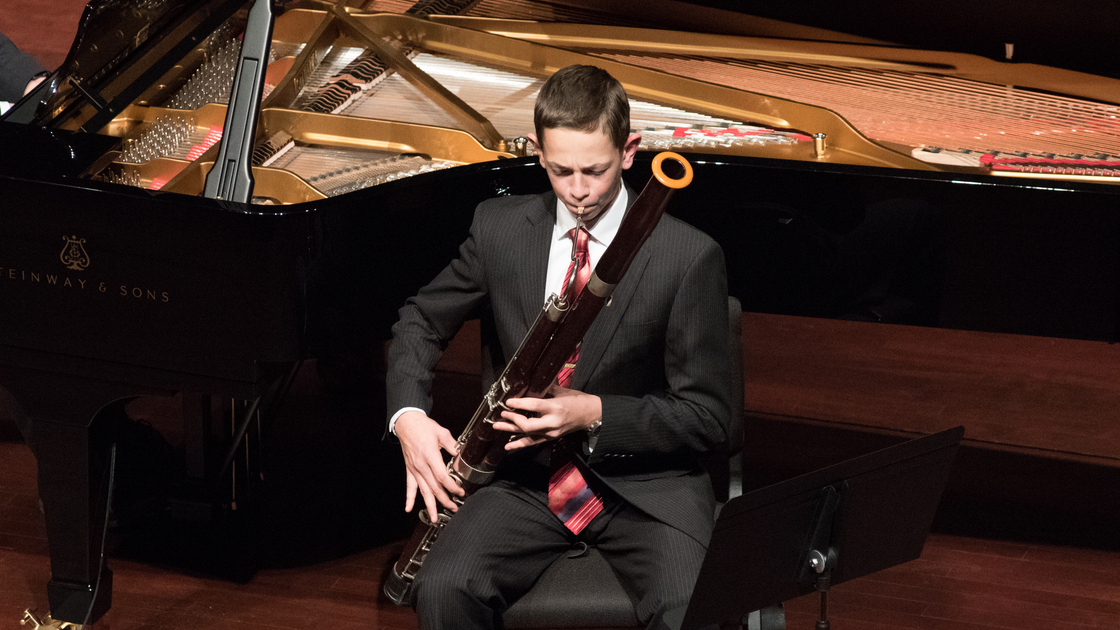 “I enjoyed the first part and the last part,” said one of the fifth-graders. “It’s fast. I like using my abilities in violin.”

One of the fourth-graders said the hardest part of performing alongside her classmates was “staying on the same beat every single note.”

A fifth-grader commenced the elementary-age private student section of the recital with “Passing By” and “Midnight Stars,” strummed on a black-and-gold harp twice her size.

The secondary-school private students finished off the night.

One of the sixth-graders summed up the evening with a loquacious description: “I hereby say that it was great, spectacular, tremendous, superb, magnificent, fun, fantastic and godly.”