Does the Bible Condone Eating Any Kind of Meat?
Some have used the Bible to explain that all animals are clean to eat. Is this really what the Bible says?
By Mark Jenkins • Aug. 29, 2012 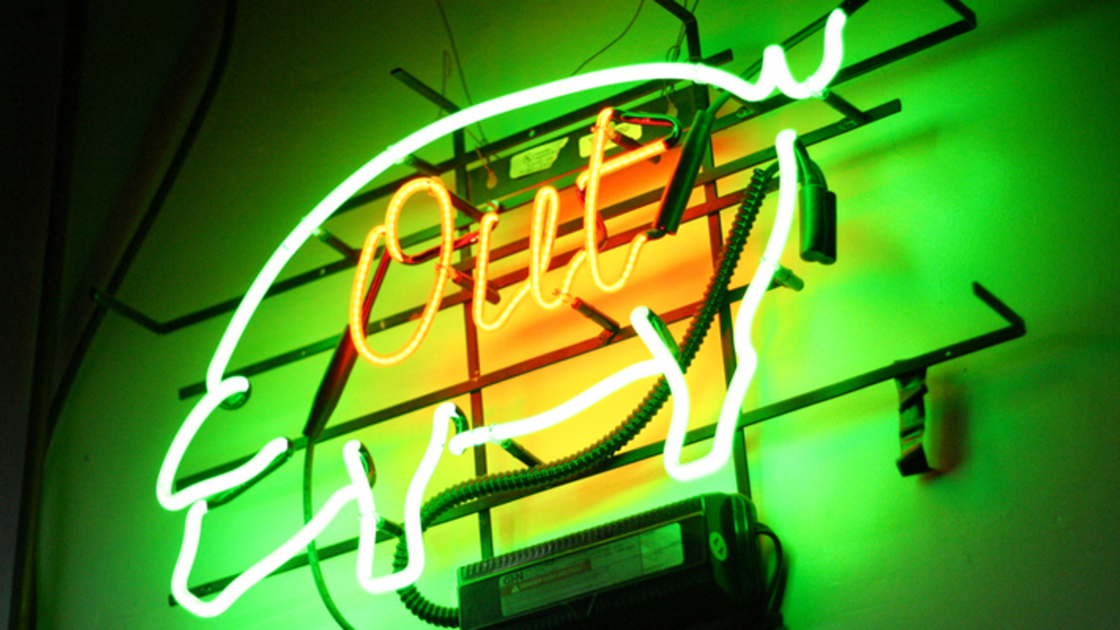 One of the most common arguments made to excuse the consumption of unclean animals is that they were cleansed by God after the death of Christ, as revealed to Peter in a vision. Although God certainly did not purify unclean animals in this vision, it is vital that we understand the true purpose for this vision. This was a key moment in history.

In Acts 10:1, we are introduced to an Italian soldier named Cornelius. Because he was a Gentile, not a descendant of Abraham, the Jews considered him unclean. He was a man who prayed to God always and was charitable toward the Jewish people (verse 2). God, remembering his prayers and his charity, revealed in a vision to Cornelius that he should send men to Joppa, where they were to contact Peter on his behalf.

At this point, had God taken no further action, the Apostle Peter would not have received these men. Why? Because they were Gentiles. Peter would have considered them unclean. God, however, had a plan for the Gentiles, and He opened Peter’s mind to that plan.

While in prayer, Peter had a vision. He fell into a trance “And saw heaven opened, and a certain vessel descending unto him, as it had been a great sheet knit at the four corners, and let down to the earth: Wherein were all manner of fourfooted beasts of the earth, and wild beasts, and creeping things, and fowls of the air. And there came a voice to him, Rise, Peter; kill, and eat” (verses 11-13).

Notice Peter’s response: “Not so, Lord; for I have never eaten any thing that is common or unclean ” (verse 14). Peter was well aware that there were foods that were simply unfit for human consumption. He also knew that these laws had not been “done away at the cross.” Jesus Christ had been slain ten years before, and Peter was still obeying the instruction regarding clean and unclean meats.

The voice spoke to Peter again: “What God hath cleansed, that call not thou common” (verse 15). Peter did not immediately assume that God had changed His laws, which had been in effect since Creation, after seeing this vision. Nor should you. Peter saw the vision two more times and still “doubted in himself what this vision which he had seen should mean” (verse 17).

We must read on to find out exactly what God cleansed that day.

When Peter did meet with Cornelius, he told us what God had cleansed: “And he said unto them, Ye know how that it is an unlawful thing for a man that is a Jew to keep company, or come unto one of another nation; but God hath shewed me that I should not call any man common or unclean” (verse 28). Peter understood that God had cleansed the Gentiles. He did not say, “I should not call any creature common or unclean.” Nor did he declare that it would be acceptable to eat previously unclean animals from that point forward. He did however come to understand this: “Of a truth I perceive that God is no respecter of persons: But in every nation he that feareth him, and worketh righteousness, is accepted with him” (verses 34-35).

God had used the symbols of the unclean animals to show that the Gentiles were now clean in His sight. They were to work righteousness—to keep God’s commandments, even including those that tell us which animals are clean and which are not!

The truth is, people know that not everything is good for food. The problem is actually more fundamental: Man does not want to let God tell him what he can and cannot do! Man may know that there are things he shouldn’t eat, but he would rather choose for himself, just as Adam and Eve did. If the tree of the knowledge of good and evil looks like it is good for food, why shouldn’t we eat from it? Because God has already revealed to us that we must not. We do not need to experiment with our health and our lives to know that these foods that God has declared unclean are just that!

According to Oxford English Dictionary , the word sanctify means: To set apart religiously for an office or function. Which meats were “set apart” by God? There are only two passages in the Bible that set apart meats: Leviticus 11 and Deuteronomy 14. These passages show which meats were to “function” as food, and which were not. This instruction was for those who “believe and know the truth.” God’s law reveals His truth. The only meats that God has created to “be received with thanksgiving” and prayer are those that He set apart in Scripture.

Another scripture that people will frequently reference to “prove” that any animal is good for food is Romans 14. Here, we find Paul’s instructions to the saints at Rome.

The Apostle Paul, in fact, discussed vegetarianism in Romans 14: “Him that is weak in the faith receive ye, but not to doubtful disputations. For one believeth that he may eat all things: another, who is weak, eateth herbs [only vegetables]” (verses 1-2). Paul was writing about those who believed they could eat “all things”—in other words, both meat and vegetables. He also talked about “another, who is weak, eateth herbs.” Because these people are weak in the faith, they do not eat the meats that have been set apart by God for our use. Notice that Paul points out that we should not eat meat if it would offend a vegetarian brother. Although it is a weakness in their faith, it may be a genuine belief on their part.

Mr. Armstrong writes, “We must follow what God has revealed to us to be right according to the Word of God. This does not mean that our consciences always tell us what is right—not at all. We have to continually study to learn what is right and wrong. But God thinks more highly of a vegetarian who might sincerely and conscientiously deny himself the clean meats, because he does not know the full truth, than He does a person who would do the right thing according to the letter, but who really believes in his heart that he is doing wrong.”

Of course, as those who wish to be of strong faith, we should understand that certain meats have been set apart for food, and it is acceptable to use them for that purpose. From a dietary standpoint, it is beneficial to include meats in your diet. A vegetarian diet, as numerous experts will confirm, can be damaging to a person’s health. For instance, teenage girls who cut red meat out of their diets risk damaging their intelligence by becoming deficient in iron. So say scientists at King’s College, London, who discovered a link between faddish diets of teens and low IQ levels.

Red meat is one of the best sources of iron. Not only does it supply a good amount of iron, it also increases absorption of iron from other iron-rich foods.

Eat Anything Set Before You?

Some have also claimed that it is acceptable to eat unclean meat if someone else sets it before you. In 1 Corinthians 10:27, we read, “If any of them that believe not bid you to a feast, and ye be disposed to go; whatsoever is set before you, eat, asking no question for conscience sake.” Does this mean that it is all right to eat unclean meats if they are served to you? That is ludicrous. If so, you would be obligated to eat cyanide if someone placed it in front of you at the dinner table!

Actually, unclean meat is not the subject under discussion in this verse. This verse is actually discussing whether it is appropriate to eat meat that has been offered to idols.

Keep in mind that the Apostle Paul was speaking to the newly converted Corinthians. In their society, sacrificing to various idols was part of the daily ritual. The meat that was sacrificed in the pagan temples was usually eaten by the person who brought it. However, each day, there was some meat left over that the priests would sell to the local butchers.

Paul taught the Corinthians not to participate in these pagan sacrifices to devils (verse 20). It would definitely be a sin to participate in these pagan rituals. However, there was no special significance to either the idols or the meat that was being offered to the idols (verse 19). The idols were only wood and stone, and the meat was just meat. Therefore, the Corinthians did not need to ask if the meat they were buying at the market had been offered to idols.

The same principle applied to eating at the home of a nonbeliever who served meat; there was no need to ask if the meat had been offered to an idol. In fact, one should not ask “for conscience sake” (verse 27). To ask and then eat meat that had been offered to an idol anyway might make it appear that the Christian was compromising his beliefs. Since it did not matter anyway, asking about the history of the meat would serve no good purpose.

Seeing these Bible passages in their correct context shows that they do not do away with God’s command against eating unclean foods. For more on this subject, read our article that explains God’s instruction on clean and unclean food. “Is All Animal Flesh Good for Food?”