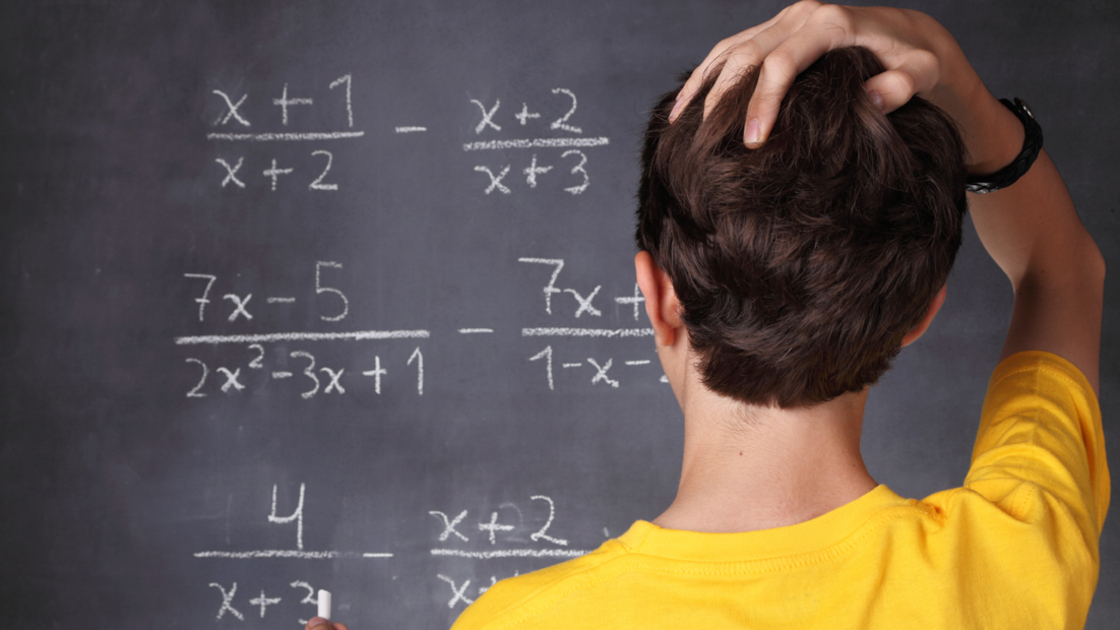 Ugh, math class is so hard. I don’t get any of this stuff. I wish I were doing anything else right now. Does this sound familiar? I’m willing to bet you have had this thought before, or a similar one. Maybe it wasn’t about math (I know there are a few of you out there who enjoy math as much as I do!), but it’s pretty safe to say there is at least one subject in school that you just don’t like. And why don’t you like it? “It’s boring,” “I’m never going to use it,” and “I don’t understand it.” Basically, for one reason or another, this subject is hard for you to learn.

Let’s switch gears for a second and talk about something you do enjoy. Perhaps you’re an artist, a dancer or a musician. Whatever it is, it just comes naturally to you. You get in the zone and lose track of time when you’re doing this thing. It is the exact opposite of that subject you don’t like.

What if I told you those two things have something in common? Here it is: Both are hard to learn. “You’re wrong!” you reply indignantly, “[Thing you love] wasn’t hard for me to learn at all!”

Ah, but is that really true? If you’ve been working at it seriously for a while, I guarantee that it’s harder for you to improve at it now than when you started. If you haven’t been doing it for very long, let me warn you now: It’s not always going to be this easy. Anything worth learning eventually gets difficult. Otherwise, there wouldn’t be such things as experts.

“OK,” you concede. “It’s hard. Or harder, anyway. But it’s still fun!” Aha! You’ve had the good fortune of finding an activity that you still find fun even after it got hard. And what about all those things you tried that were fun at first but you lost interest in as they got tougher? Or maybe you didn’t lose interest in the activity, but in getting better at it. I’m good enough at this, the thinking goes. I don’t need to be an expert.

OK, maybe you don’t plan to make a career out of sketchbook art or playing the guitar. But how many opportunities might you be missing out on by not pushing yourself a little farther?

The first chapter of the book of Daniel describes Nebuchadnezzar’s invasion of Judah. When he captured Jerusalem, he took back with him certain Jewish princes to be trained as advisers. They were given the job to learn, and they didn’t have much choice in what they would be learning. Verse 4 says they were to be taught the “learning and tongue of the Chaldeans.” This would have likely included subjects like history, science, agriculture, law—all in a different language, which they also had to learn. No doubt much of it conflicted with what they had been taught in Judah, but they still had to learn it to understand the Chaldean way of doing things. This course of instruction lasted only three years (verse 5)—not a lot of time to absorb all that material.

I think it’s fair to say that Daniel and his friends weren’t thrilled about being kidnapped from their home, sent to a foreign country, and compelled to spend years in a Chaldean college. Yet, look at how they responded: “And in all matters of wisdom and understanding, that the king enquired of them, he found them ten times better than all the magicians and astrologers that were in all his realm” (verse 20). They didn’t use the excuse that it wasn’t fun. They didn’t put in less than full effort because it was hard. Instead, they took this opportunity and ran with it! God even rewarded them with extra ability because they were willing to apply themselves (verse 17).

You have something in common with Daniel’s situation: As a student, your “profession” is learning. And just like the Chaldean program, the subjects you are studying are intended to prepare you for life and your job down the road. Putting in the effort now, even if its hard or not fun, is going to benefit the future you in ways that you probably won’t even recognize until they happen.

And don’t think I’m only talking about the subjects you don’t like. Fun things can be hard too, remember? If you start learning something and find you enjoy it, maybe even have some talent for it, don’t quit when it gets difficult. Because it’s going to get difficult, and that’s the point when so many people say to themselves, “I’m good enough at this.”

Don’t think it will never amount to anything either. When I was younger, I picked up computer programming as a hobby because it was fun. I took exactly one year of programming in school, about 10 years ago now. And guess what? I’m now working as a computer programmer. That’s not to say having a hobby will definitely lead to a career, but it certainly has a greater chance of producing opportunities for you than if you didn’t pick it up!

The more you learn now—hobbies and other interests included—the more opportunities you will have in the future. Just as God blessed Daniel, He will bless your efforts. God doesn’t waste talent or ability! Remember the instruction He gives in Ecclesiastes 9:10: “Whatsoever thy hand findeth to do, do it with thy might ….” Learn hard things, and opportunities will follow.