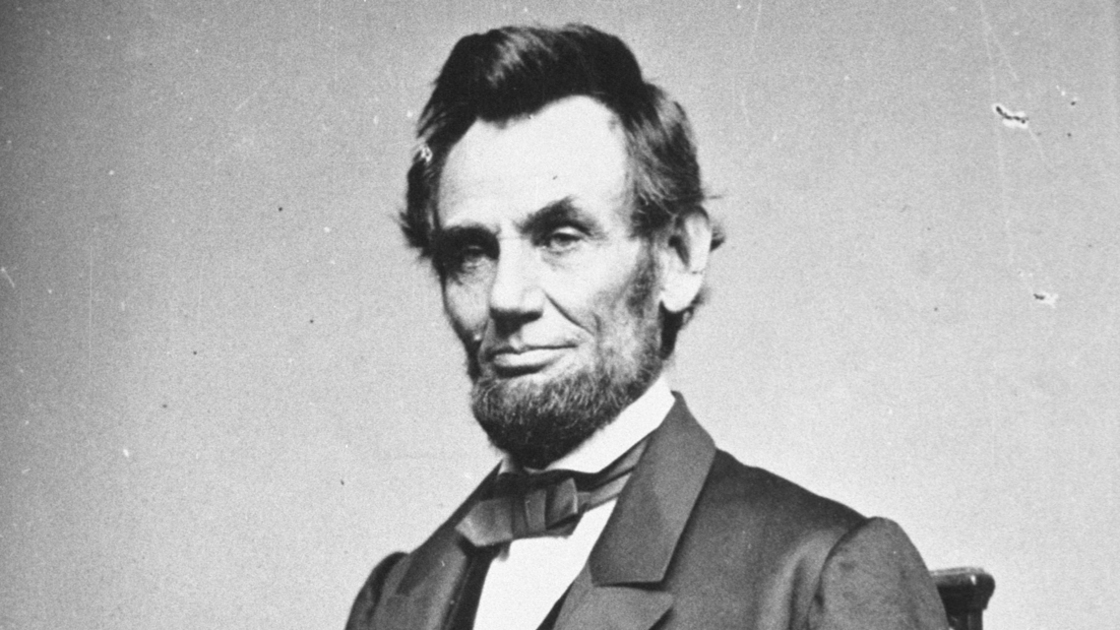 One of America’s greatest presidents wrote, “Therefore, I … president of the United States, do appoint the last Thursday in September next, as a day of humiliation, prayer and fasting for all the people … in all humility and with all religious solemnity, to the end that the united prayer of the nation may ascend to the throne of grace and bring down plentiful blessings upon our country.

“In testimony whereof, I have hereunto set my hand, and caused the Seal of the United States to be affixed, this 12th day of August ….”

Humiliation, prayer and fasting! A day of humility! What a perceptive man this president had to have been to see the need for a day of humility for the American people.

Herbert W. Armstrong noticed this tremendous attribute and commented, “How far from God has our nation gone since that proclamation was signed, in 1861, by Abraham Lincoln.”

The act that brought President Lincoln to see the immediate need for the nation to be humble was precipitated by a shot from a heavy mortar fired against Union Fort Sumter at 4:30 a.m. on April 12, 1861. This was the act that began the American Civil War.

Volumes have been written on what the war was about. Many theories have been postulated as to causes: economics, slavery, politics, states’ rights. Possibly more important, however, was the intended purpose of the war.

The basic goal, the main thought that brought about the Civil War, is noted in the banner headlines of the Charleston Mercury, which shouted,

“The union is dissolved! “

There, stated, was the intended purpose of the Civil War: to destroy the Union of the United States.

Abraham Lincoln was never confused about this purpose. As he rode to his inauguration on that chilly and cloudy day of March 4, 1861, he was already a dedicated man. With his address in hand, he ascended the platform and delivered a speech as impressive in its composition as any he ever gave.

At the conclusion of that inauguration speech, he issued a grave warning to those in attendance. “In your hands, my dissatisfied fellow countrymen, and not in mine,” he said, “is the momentous issue of civil war. The government will not assail you. You can have no conflict, without being yourselves the aggressors. You have no oath registered in heaven to destroy the government, while I shall have the most solemn one to ‘preserve, protect and defend’ it.”

America’s history is a testimony that his words went unheeded by the vast majority. And so, as the guns of war erupted in the surrounding countryside and as civil war tore a nation asunder, President Lincoln called for a day of humility for the American people.

A Need for Humility Today

President Lincoln recognized the grievous need for God’s intervention in human affairs in the 19th century. We should recognize this need today. We all would profit from submitting to a day of fasting and prayer, because, as a nation and individually, we suffer from a lack of humility.

As world events rapidly advance toward the arrival of God’s government upon this Earth, the need for godly humility has become more and more apparent.

He said this often. Notice also: “God’s government is based on God’s law. God’s law is love. It is love to god, and love to neighbor. It is serving, helping, sharing. It is humility, love and obedience toward God, loyalty, trust, faith and reliance upon God. Satan turned to iniquity—vanity, lust, greed, spirit of competition and taking, disloyalty, selfishness, jealousy, envy, resentment, rebellion, hatred” (ibid; May 2, 1974).

Humility toward God provides the ability to work out human problems. Pride destroys that ability.

What are the main characteristics of today’s world events? Read it in your own news sources: nation is rising against nation, wars and more wars, hatred and violence, murder, mayhem, pornography, destruction of families, rampant immorality!

Do we think God doesn’t notice? That God won’t exact retribution for our filthy abominations? We need to think again!

We desperately need God’s intervention, as a people and as a nation. We should ask ourselves, “When did God ever watch a nation commit the sins we have committed and not take notice?” The answer: Never! Whether we believe in God or not, history contains the record for us. Not one immoral society went unpunished—not one. Sodom and Gomorrah are two examples. Rome is another.

In The Decline and Fall of the Roman Empire, Edward Gibbon wrote about that empire:

“The first of these periods may be traced from the age of Trajan and the Antonines, when the Roman monarchy, having attained its full strength and maturity, began to verge toward its decline …. The last and longest of these periods includes about six centuries and a half; from the revival of the Western Empire, till the taking of Constantinople by the Turks, and the extinction of a degenerate race of princes, who continued to assume the titles of Caesar and Augustus, after their dominions were contracted to the limits of a single city; in which the language, as well as manners, of the ancient Romans, had been long since forgotten. “

The truth is, the Roman Empire itself, which was built by conquering weaker and more degenerate societies, and which lasted for centuries, ceased because of degeneracy and debauchery, just as Sodom and Gomorrah. God does take notice—those who fail to heed will not escape.

But while God resists the proud, He gives grace to and protects those who are humble. In Isaiah 66:2, God says, “But this is the man to whom I will look, he that is humble and contrite in spirit, and trembles at my word” (Revised Standard Version).

Being humble means taking God at His word and acting on it. It means allowing God to guide our lives, striving to follow His way of outgoing love toward others. It means loving righteous government, and desiring to be governed.

Abraham Lincoln placed great importance on the attribute of humility. Few today realize that in October 1864, it was he who proclaimed a day of giving thanks. Neither do we remember why the day of Thanksgiving was instituted, nor how he recommended it be observed. It would be well for us to read those words now.

In part, that proclamation says,

“It has pleased Almighty God to prolong our national life another year, defending us with His guardian care against unfriendly designs from abroad, and vouchsafing to us in His mercy many and signal victories over the enemy, who is of our own household … while He has opened to us new sources of wealth, and has crowned the labor of our working men in every department of industry with abundant rewards.”

“Moreover, He has been pleased to animate and inspire our minds and hearts with fortitude, courage and resolution sufficient for the great trial of civil war into which we have been brought by our adherence as a nation to the cause of freedom and humanity, and to afford to us reasonable hopes of an ultimate and happy deliverance from all our dangers and afflictions.”

“Now, therefore, I, Abraham Lincoln, president of the United States, do, hereby, appoint and set apart the last Thursday in November next as a day, which I desire to be observed by all my fellow citizens wherever they may then be as a day of thanksgiving and praise to Almighty God the beneficent Creator and Ruler of the universe. And I do farther recommend to my fellow citizens aforesaid that on that occasion they do reverently humble themselves in the dust and from thence offer up penitent and fervent prayers and supplications to the Great Disposer of events for a return of the inestimable blessings of peace, union and harmony throughout the land, which it has pleased Him to assign as a dwelling place for ourselves and for our posterity throughout all generations.”

“In testimony whereof, I have hereunto set my hand and caused the seal of the United States to be affixed. “