Soil: It’s More Than Just ‘Dirt’
A lot of the problems in this world have their roots in poor soil quality. Re-creating healthy soil is at the foundation of overcoming disease and sickness.
By Kaitlin Eames • Nov. 13, 2015 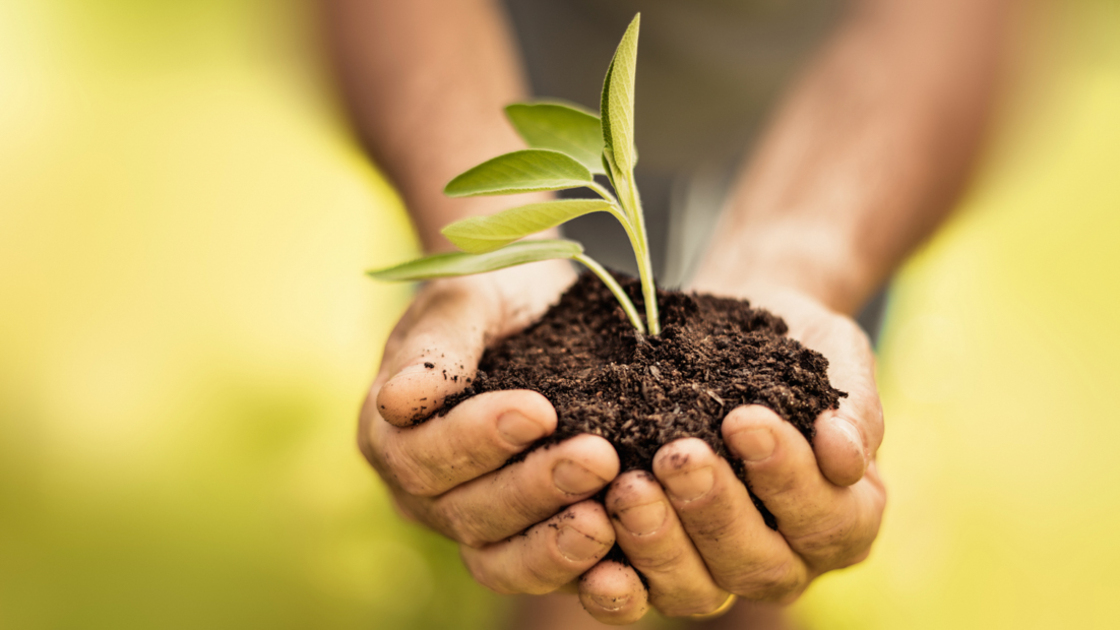 It is the most fundamental aspect of nutrition. It is at the heart and core of a healthy lifestyle. It is what we are. The entire population of the Earth relies on the top 6 to 12 inches of the Earth. Everything we eat, directly or indirectly, comes from the soil. Believe it or not, dirt is actually really important when it comes to our health.

Healthy living is directly related to healthy soil. The problems come when the soil plants are grown in is depleted in nutrients. In the World Tomorrow, vitamins are going to come from the soil, which is where God created them to be! The vitamin industry of the World Tomorrow will be the farm. In the World Tomorrow, parents will grow their own nutritious food. “Only those who learn how to maintain health in their soil can get health out of it,” the July 1960 Good News states.

A lot of the problems in this world have their roots in poor soil quality. Re-creating healthy soil is at the foundation of overcoming disease and sickness. In the World Tomorrow, we will go back to the basics and start with healthful, quality soil.

Genesis 1:26 shows that God created the physical environment to sustain His greatest creation—human beings. God fashioned man out of the exact same material that He fashioned the trees and animals. We were actually formed from dust (Genesis 2:7). We are dirt, and we rely on dirt for sustenance. Soil is central to learning about nutrition, as it is central to our existence.

Minerals comprise about 45 to 50 percent of the soil, and naturally supply many macronutrients and micronutrients. Most of the time, the minerals aren’t in a chemical state that makes them available directly to plants. It has to be converted into a different state, digestible to the plants. Micronutrients are the nutrients that are severely lacking in our diet.

About 40 percent of soil is made up of water and air. The balance between the two is vital to the health of soil. Proper balance is critical for optimum microbial activity. If there isn’t enough water or oxygen, there will be no microbial action. Poor temperatures also hinder microbial activity. Healthy soil depends on adequate aeration and decent drainage.

This is also known as humus, the product of decomposing plant and animal residue in the soil. It comprises about 8 to 10 percent of the soil and affects the moisture-holding capacity, texture, structure and temperature of the soil.

The primary function of these microorganisms is to break down organic materials (its minerals included) into plant-available nutrients. The plants then take up those minerals through their roots, so that now the minerals are readily available for humans to absorb when they eat the plants (or vegetables, fruits, pulses, grains, etc.) Another nifty service microorganisms provide is natural antibiotic elements that help plants ward off attack.

Poor soil quality occurs when any of these factors are taken away—even that 1 percent of microorganisms. The sad thing is, all of the chemical sprays, weed and insect killers, and synthetic fertilizers that we see being dumped on our precious farmland today are destroying that precious 1 percent of microbes. In turn, minerals aren’t being properly broken down, the plants can’t take them up through their roots, and we can’t eat them like we need to. This is why our food is so horribly depleted of much needed minerals, and in turn, our bodies are so depleted of much needed minerals.

The nutrient content of any soil is tied directly to the microorganisms, and these are the things that modern farming has destroyed. Soil fertility is primarily restored by restoring organic content (humus) and renewing microbial activity. Grazing ruminant livestock—like cows, sheep and goats—on the land take care of both of these issues at once.

Healthy soil is critical to a healthy lifestyle. The dirt we walk on and the ground we farm is vital to healthful living. In the World Tomorrow, we’re going to restore the organic content of our soil, renew microbial activity, and teach this world that nutrition, our health, and, ultimately, our existence begin with the dirt.