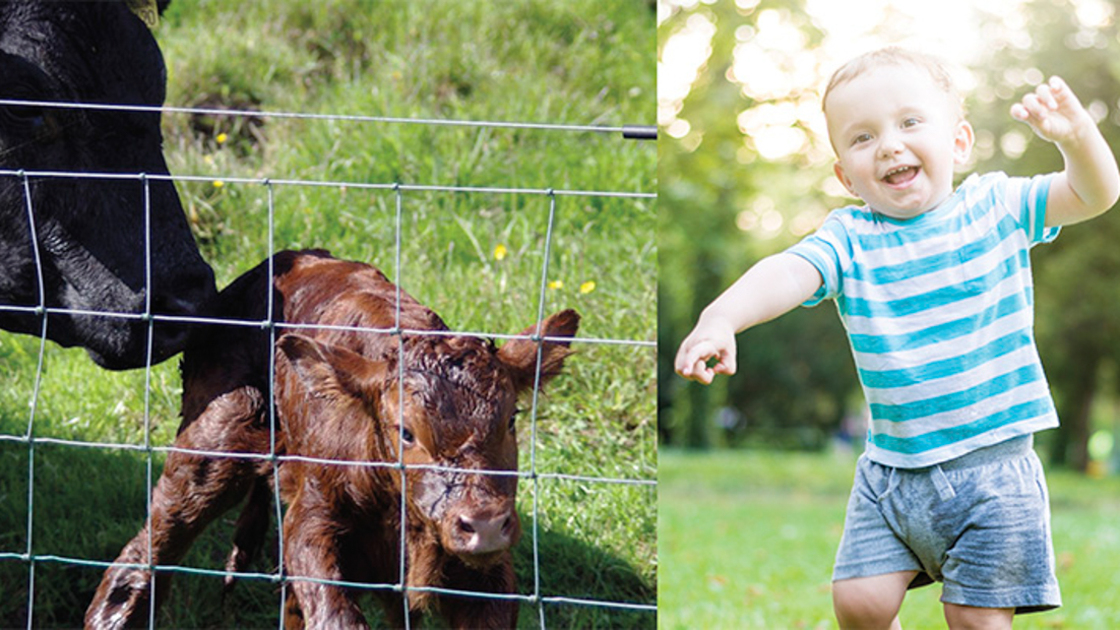 The 2015 senior class had just returned from Pentecost services. As we drove into our hosts’ driveway, an impressive sight greeted us. The girls sighed and remarked about how cute the sight was. Perhaps some of the guys sighed too—I don’t quite remember. But we were all fixated on the rising action in the neighbor’s backyard.

Looking over the wire-mesh fence, our hosts—Preaching Elder Jim Cocomise, his wife Cheryl and his daughter Callie—had just witnessed the birth of a baby calf on their neighbor’s property. We missed the actual birth, but we all congregated to watch the next big event in those first minutes of life: the baby calf’s first steps.

When Steve Jobs was a teenager, he thought about this subject a great deal. The Jobs family owned a dairy farm in Wisconsin, and for Steve, the rural life on the farm was unappealing. It was a far cry from his suburban home in Los Altos, California. Rather than milking cows in the farm pen, Jobs would have preferred to tinker with electronics in his home garage.

“[B]ut one image stuck with him,” wrote Walter Isaacson in his biography of Steve Jobs. “He saw a calf being born, and he was amazed when the tiny animal struggled up within minutes and began to walk” (Steve Jobs). “It was not something she had learned, but it was instead hardwired into her,” Steve Jobs recalled later in life. “A human baby couldn’t do that. I found it remarkable, even though no one else did. … It was as if something in the animal’s body and in its brain had been engineered to work together instantly rather than being learned’” (ibid).

Steve Jobs recognized the difference between instinct and learned behavior. He observed that animals were hardwired with instinct—not that much different from an electronic machine that can only do what it was engineered or programmed to do. Human beings, on the other hand, have to learn to do the things they do.

This topic also can spark many other thoughts: Why does it take so long for human babies to walk? If man is a more advanced form of animal, why do human babies start off so much more helpless than inferior animal babies? And why do those same helpless, human babies have superior intellectual potential? Is evolution true? Is man merely the highest form of animal?

I don’t know if Steve Jobs ever asked or answered those questions, but I know evolutionists have attempted to answer them, and they have done so erroneously—and sometimes ridiculously so.

For instance, an anthropologist writing for Scientific American tried to explain why humans purportedly took so long to learn to walk: When human beings—or their ape-like ancestors—took on an upright gait, their pelvis was compromised in size. That is, he suggested, why childbirth is more difficult for women today. At the same time though, human beings needed a large brain. A brain that large would have rendered childbirth impossible, the anthropologist hypothesized. Something had to give. Since humans needed both to walk upright and develop a big brain, the solution was to make the human infant start off with a small and largely underdeveloped brain. The baby could develop to the desired level of sophistication for however long it would take—but outside the womb.

Another proponent of the theory of evolution explained at BrainFacts.org that walking on two legs instead of four complicates balancing for human beings, which is why it takes so long to learn to walk.

Far too often, these theorists start from an illogical premise and then proceed “perfectly logically to an illogical conclusion, which is a dangerous thing to do,” to borrow a phrase from former United States Defense Secretary Donald Rumsfeld.

Herbert W. Armstrong explained in his book, The Missing Dimension in Sex, that “the basic premise for knowledge production in our time has been the evolutionary concept. It has been the eyeglasses through which all questions have been viewed. Yet it remains unproved, and by its very nature it is a theory not subject to proof.” That basic premise should be built on the Bible.

Both Steve Jobs and Mr. Armstrong were provoked to thought by observing a newborn calf’s first baby steps. But Mr. Armstrong used the Bible as his sure foundation. He wrote: “Ever see a little calf born? The mother cow does not need to call an obstetrical physician or go to a hospital for the delivery of her calf. As soon as it is born, the calf will begin to stagger to its feet, while the cow just stupidly stands waiting. She does not need to teach her calf how to walk, how to take its food, how to do anything. A little wobbly and unsteady at first, the calf is up and walking in just a minute or two.

“Now how long does it take a human infant to learn to walk? Usually a year—and often more. But the newborn calf walks almost immediately. No one teaches it. The calf has instinct. And where does it start walking? It has no instruction from anyone. It starts walking for its first ‘dinner.’ It knows where to go. And the mother cow just stands stupidly still while her calf sucks its milk.

“And where is ‘Daddy’—the bull? That’s hard to say. Perhaps miles away. He probably is nowhere around. And soon the calf will not even need the milk from its mother—and will be on its own.

“There is no marriage—no family life—no home life.

“But with humans all this is different. The purely reproductive process is the same in all mammals. But beyond this, all is different!” (ibid).

What’s interesting and inspiring about the flawed theories and hypotheses of evolutionists is that while their arguments are deeply flawed, they still acknowledge mankind’s superiority to the animals. How much more superior and special is mankind when you look at him from the true, logical premise revealed by God our Creator?