The Mark
In order to effectively keep God’s law we must always tell the truth no matter what the circumstance.
By Brianna Weeks • Feb. 6, 2014 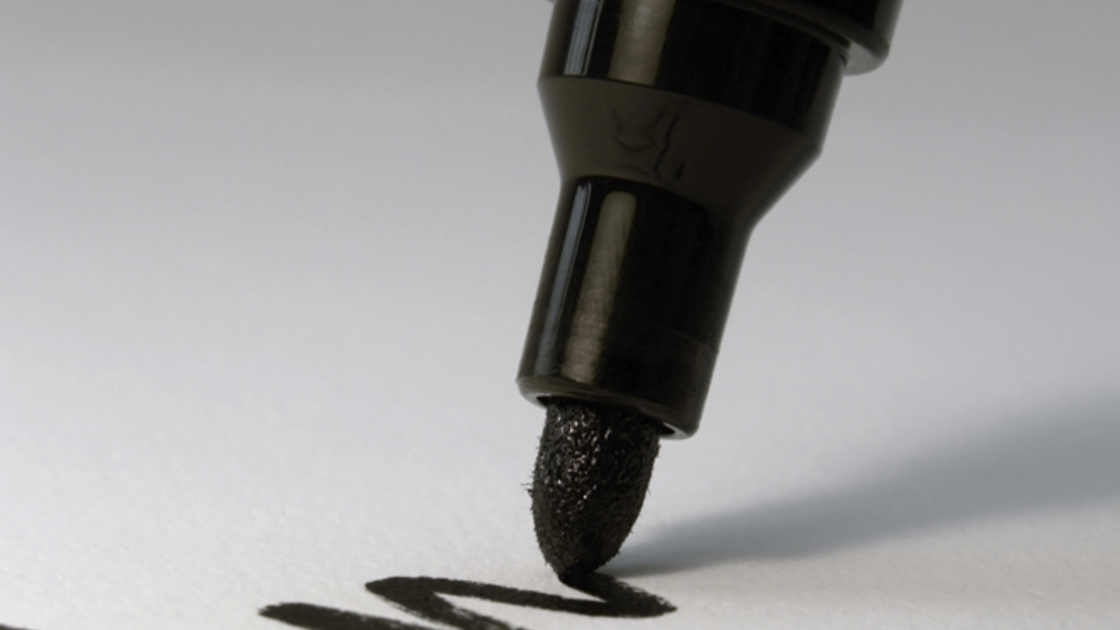 My hand reached for the black marker. It was as if a magnetic field had me trapped and was drawing me ever closer to that marker. The whiteboard was so enticing to my young eyes; all I wanted to do was draw on it! I grabbed the marker with my small, first grader-sized hand and twisted the cap. It came off with a satisfying screech, and I took in the sight of the fine black tip on the end of the marker. It wasn’t shaped quite like a dry erase marker tip, but I didn’t worry about it since it was sitting on the whiteboard ledge when I picked it up. Slowly, I reached the marker out to the corner of the board and dragged the tip down the board until I had a neat line about 4 inches long. I stood back to admire my work, my urge to draw on the white board sufficiently reduced. It was a beautiful line.

After admiring it, I decided to erase my line just in case my teacher would be upset that I was drawing on her board. As I rubbed my finger over the line, waiting for the black to smudge on the whiteboard and come off onto my skin, I was appalled to see that it wasn’t budging. I rubbed harder. Nothing happened. What was going on?

Then it hit me.

I had written on my first grade teacher’s whiteboard with a permanent marker, not a dry erase. That line wasn’t going anywhere.

Panic ballooned inside me, and I felt heat rising to my cheeks. What am I going to do? I can’t tell the teacher what I’ve done; she will be furious. I can’t run away—someone is bound to notice I’m gone. What can I do? These thoughts swelled in my head as I feverishly contemplated my predicament.

I quickly twisted the cap back on the marker, put it down on the whiteboard ledge, and walked back to my seat.

Later that morning, as we lined up for recess, I was relieved to find that my teacher hadn’t noticed or said anything about the mark yet. I also felt guilty because I knew I should have told the teacher about what I had done. As I stood in line, I tried to put the mark out of my head. But just as we were about to head out the door, my teacher called out in a loud, irritated voice, “Who marked on the board?”

My heart raced. I was dead meat.

Well, I reasoned, I don’t have to tell her. I can just pretend like I don’t know who did it. Then I probably wouldn’t get into trouble. But I knew better. Even at that young age, I knew I should tell the truth. So, with my heart thumping inside my chest, I slowly raised my hand and said in a squeaky, guilty voice, “I did. I’m sorry; it was an accident!”

The moment after I confessed, I felt as if a 100-pound bag of Sharpies had been lifted off my shoulders. I was relieved. I had told the truth, and I no longer felt guilty for the mark. On top of that, after I spoke up, my teacher lost her irritated look and said, “It’s okay, Brianna. Thanks for telling the truth.” I wasn’t in trouble after all!

That story from first grade may seem insignificant, but it taught me an important lesson: Always tell the truth. It’s easy to think that covering up something you’ve done wrong will make it go away. In actuality, it will only make the problem worse because covering up the truth is the same as lying. Lying breaks the Ninth Commandment which says, “Thou shalt not bear false witness.”

Lies will always be discovered, just like my mark on the board was eventually found. You can’t hide things from God, and when He sees that you are lying about something, He’ll make the truth known. It doesn’t always have to be the same day, week or even month, but the truth will eventually come out. Lying to cover something up will only make the trouble you’re in or the punishment you’ll receive worse, both because you’ve done something wrong and you’ve lied to cover it up.

God punishes for lying, but He also blesses for telling the truth. I didn’t get in trouble for the mark because I told the truth; I obeyed God’s law. God blessed me for that. My teacher wasn’t mad at me like I thought she would be; she even thanked me for telling her the truth!

Once my heart rate reduced to a normal speed and I got over the queasy feeling in my stomach, my first grade life continued with all normality. I quickly forgot about the mark as my attention turned to recess and lunchtime. As I grew older, though, I learned a valuable lesson from this day in my life: It is best to tell the truth and obey the Ninth Commandment because even if you get in trouble, God will bless you for your obedience to His law.