Is Patriotism Sin?
Does the Bible teach us that it is wrong to love or be devoted to our country?
By Eric Anderson • July 2008 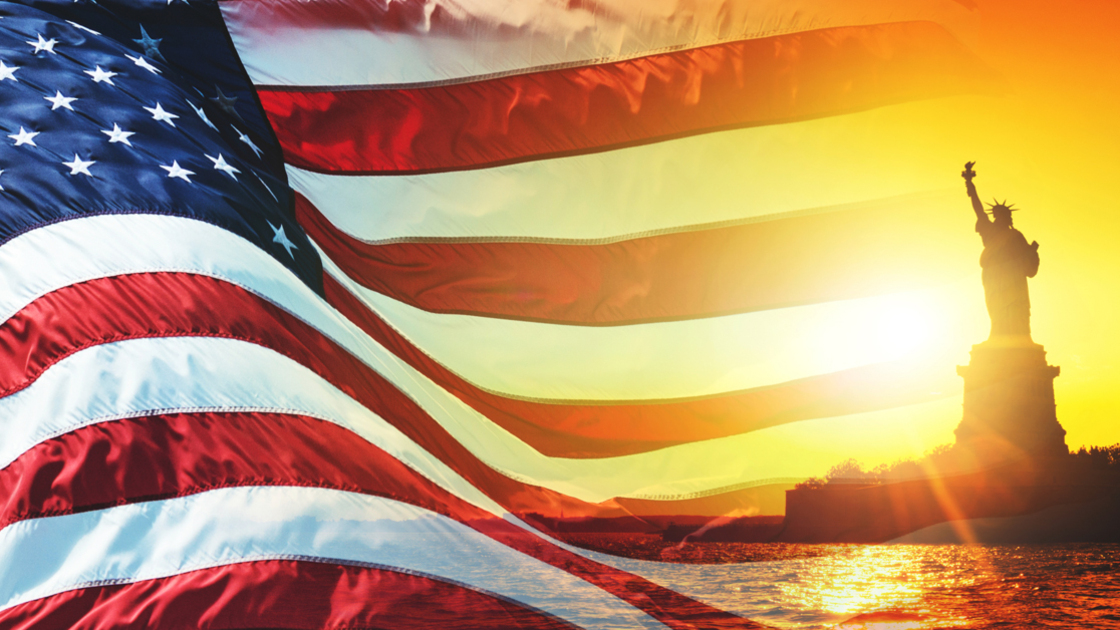 Every Fourth of July, Americans observe Independence Day—a holiday commemorating the signing of the Declaration of Independence in 1776. We celebrate publicly with parades and marching bands, patriotic speeches, and displays of fireworks. Flags fly from shops and homes; public office buildings get decked in the red, white and blue of the American flag.

Some of my earliest memories of grade school include my teachers inculcating within me a sense of national loyalty, pride and patriotism connected with Independence Day. I was taught genuine concern for our country and our countrymen. During those years of the late 1970s and early 1980s, we started each school day with the Pledge of Allegiance and sang the national anthem at school assemblies. We students became mindful of our unique national heritage and learned to appreciate the freedom and blessings that have been bestowed upon America.

I later discovered that some people believe patriotism is a form of idolatry—of putting another god ahead of God—and therefore a sin. Does the Bible teach us that it is wrong to love or be devoted to our country?

Herbert W. Armstrong noted that there is a “kind of patriotism which, indeed, is wrong in the sight of God” (Plain Truth, October 1964). What is that wrong type of patriotism to which he referred? Let’s understand.

First, we need to recognize that sin is the breaking of God’s spiritual law (1 John 3:4). That law is summarized by the two great commandments: love toward God first and, second, love toward neighbor (Matthew 22:36-40).

Most people inadvertently fail to keep the spiritual intent of the law. Why? Because humans are basically self-centered! Whether or not we like to admit it, the consciousness of the average person centers primarily on self!

Mr. Armstrong explained, “[P]atriotism is expressed in the form of loyalty to country, as opposed to other countries. It includes an automatic hostility toward other countries—either passive or active. The Bible … classifies this as … one of the ‘deeds of the flesh’—as opposed to the ‘fruit of the Spirit’” (ibid).

Because the normal, carnal attitude in man is evil, it looks on those outside its extended self as its enemy. And when we consider the subject of national allegiance or patriotism, we see man is generally loyal toward his own country or political party—because they are part of his extended self—in opposition to other nations or parties. Actually, this is a form of hatred toward others.

The world’s entire civilization is based on this partisan spirit. Take the current state of United States politics, for example. In the run-up to the presidential election, politicians, lawyers and judges are working diligently to build a warring spirit between the two political parties. And not only are the two main political parties polarized against each other, there is not even any real unity within the parties themselves.

Some of our leaders have recognized that a nation divided cannot stand; and although they have spoken out against such division, their words have gone largely unheeded. Theodore Roosevelt is one example. He saw the imperative need for a spirit of unity—of right patriotism—among citizens of the United States. He said in a 1918 speech, “There can be no 50/50 Americanism in this country. There is room here for only 100 percent Americanism.”

Yet, today we fail to see real, lofty statesmanship of high caliber, based on wisdom and right judgment. Instead, we see dog-eat-dog rivalry, hatred and the constant slinging of mud, as each side attempts to achieve what is best for it. We see love for my party and hate for yours.

This carnal spirit permeates all facets of society. The general attitude of man, whether passive or active, is to get, to win, and to acquire for the self. It is also to hurt, injure, harm and take from the other—whether an individual, a team, a political party, a race or a nation. It is the spirit of competition and hatred. Eventually, all will have to come to admit this—and repent—if there’s ever to be lasting peace.

Let’s get this straight: The patriotism that loves its own and hates or feels prejudice against others is a direct violation of God’s law—and therefore it is wrong. It is sin.

On the other hand, it is not wrong to love your own country—or even to love your own self. But God’s law says it is wrong to love yourself more than others. It says you shall love your neighbor as yourself (Matthew 27:39). Most of all, you should love God with “all thy heart, and with all thy soul, and with all thy mind” (verse 37). The Pledge of Allegiance, for example, expresses that principle, specifically including the words “one nation under God.” That makes it clear that our allegiance is to God before country.

Keeping these principles in mind, we can see that the love, concern and preference for one’s own country—without discrimination or prejudice against other nations, peoples or races, but with our primary focus on God the Father—is a right patriotism.