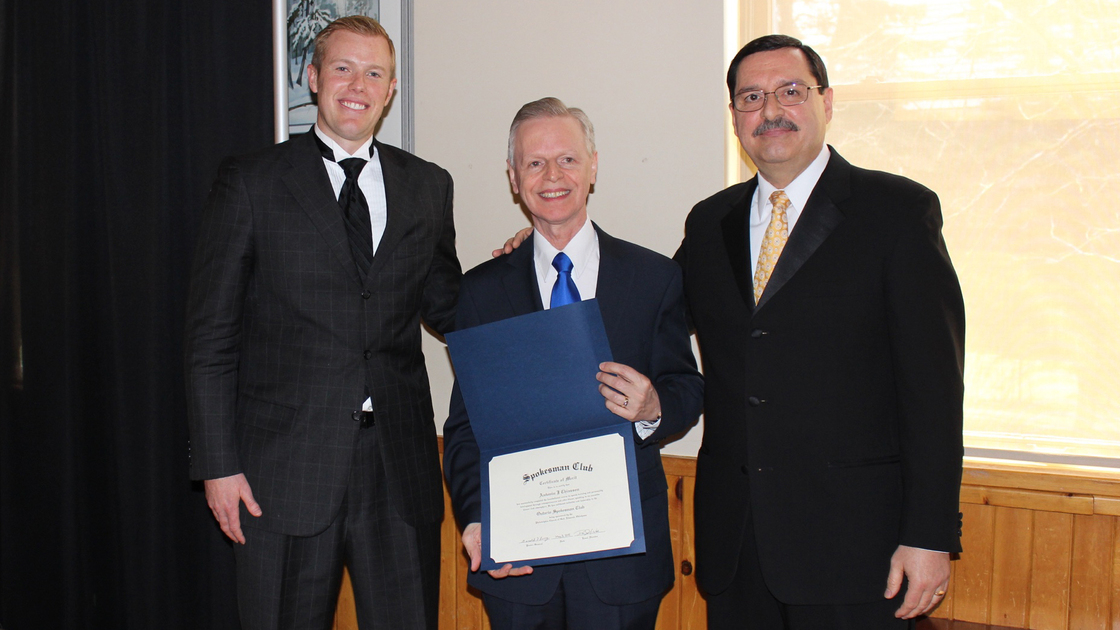 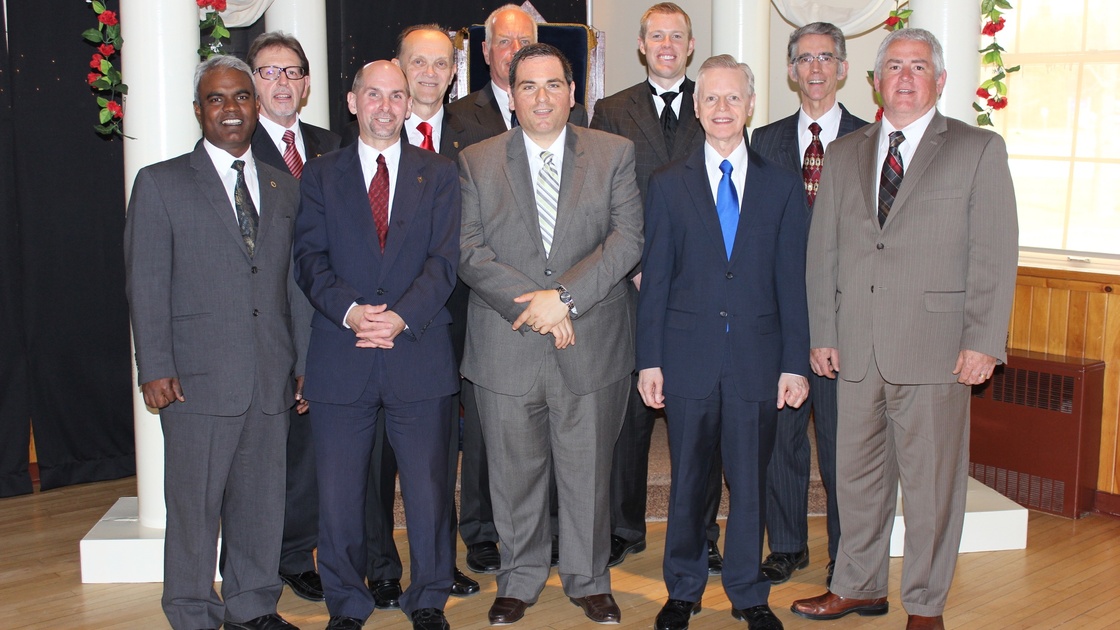 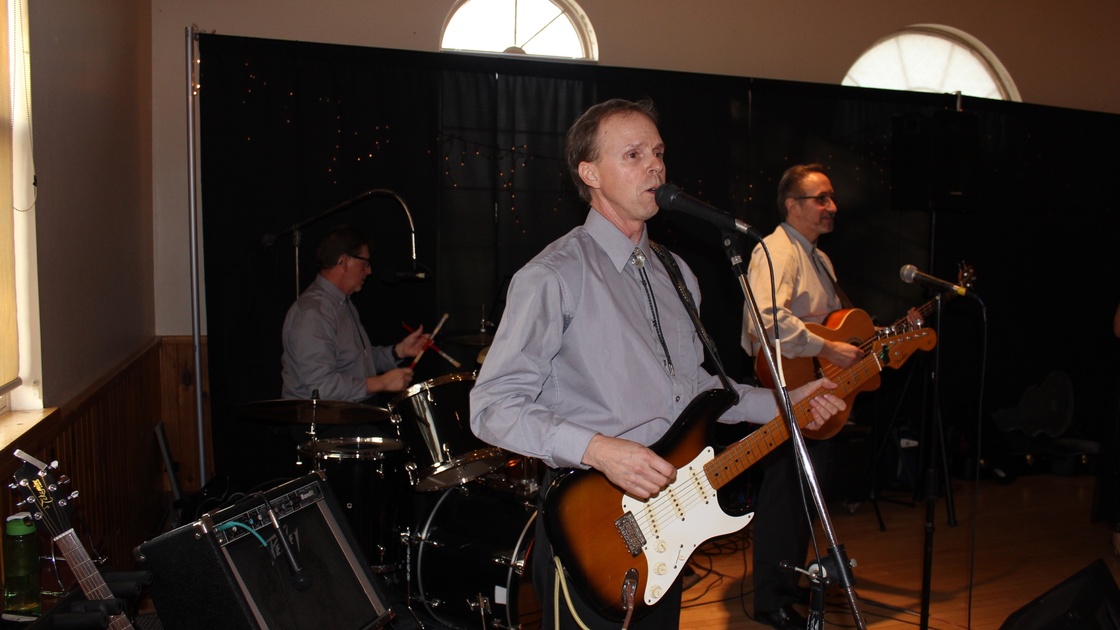 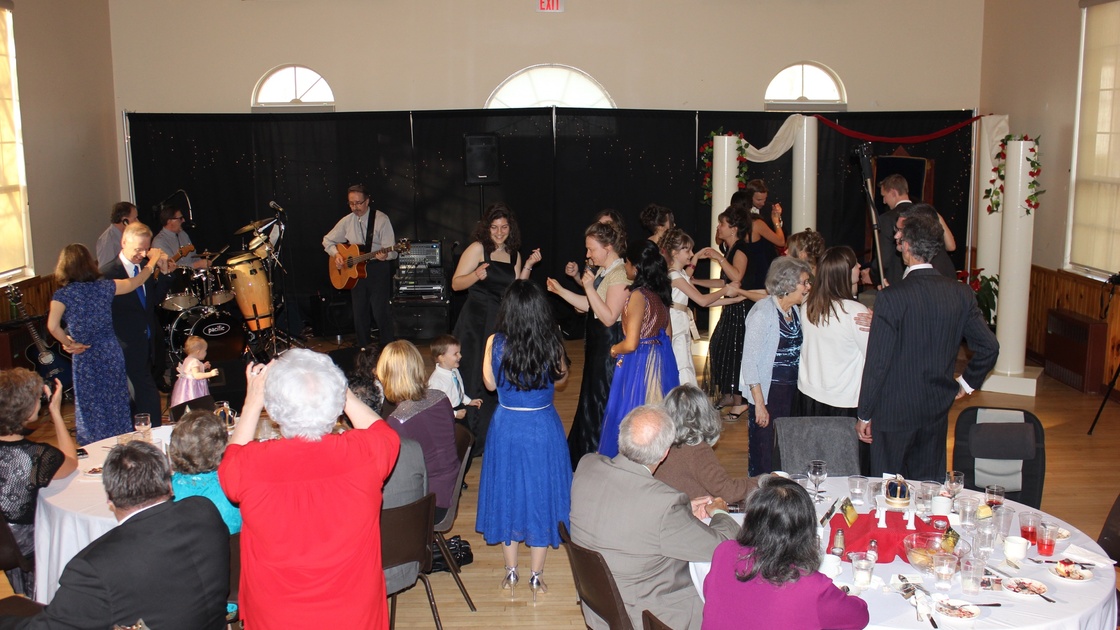 CANADA—A royal court with a blue and gold throne was the setting for the Ontario Spokesman Club Gala on May 3.

The theme for the event was “Sons of Zadok—Preparing for the Kingdom of God.” Tables named after the fruits of the Holy Spirit were adorned by gold crowns on white pillars and name cards, which displayed the club program and were decorated with shields and helmets.

After a tabletopics session and an hour break for appetizers, four club members delivered speeches. Guests learned about the benefits of playing musical instruments and the value of nature trail walking. They also heard an add color speech about the club’s recent beer and pizza activity.

The evening continued with dinner, dessert and dancing. “The food and the gala was wonderful,” member Lorraine Cohen said.

Live music was provided by London members James Fuller and Michael Lauzon and Milton member Alain Jolin, bringing many out to the dance floor.

Club member Stephen Maydanski said, “The gala was a truly royal event—the best one so far.”