HWAC Nutrition Series: Is Your Milk Real Milk?
The quality of the milk you drink is more important than you think!
By Breanna Leiferman • Feb. 7, 2014 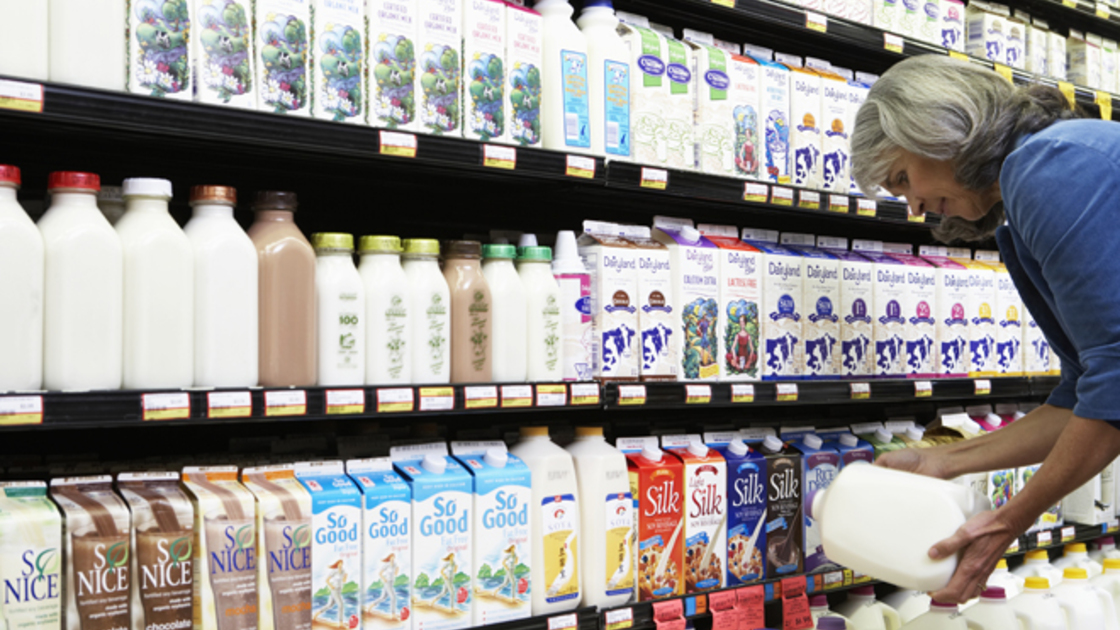 EDMOND—The quality of the milk you drink is more important than you think! Nutrition expert Sally Fallon Morrell listed drinking raw milk as her third practical tip to better nutrition during her nutrition seminar at Herbert W. Armstrong College in April. She emphasized its nutritional benefits, addressed concerns about potential dangers, and contrasted it against processed milk.

The U.S. dairy industry produces over 20 billion gallons of milk each year. The average American drinks over 20 gallons of milk annually, but only about 3 percent of Americans regularly consume raw milk.

The Food and Drug Administration says “raw milk can harbor dangerous microorganisms that can pose serious health risks to you and your family.” Many Americans feel that store-bought, pasteurized milk is healthier overall. Raw milk is considered unsafe because it allegedly causes more foodborne illnesses than pasteurized dairy products.

According to Morrell, this is not true. She said milk naturally “contains multiple, redundant systems of bioactive components that can reduce or eliminate populations of pathogenic bacteria.” Raw milk, she said, has built-in protective elements that lower the risk of foodborne illnesses.

Natural milk has properties that processed milk does not:

All dairy products combined cause less than 1 percent of all foodborne illnesses. Although it is important to drink raw milk only from clean, sanitary dairies, it is also true that in the past 14 years, no one has died from drinking raw milk, while three people have died from consuming pasteurized milk.

Most dairy cows have been given hormones and antibiotics. Their milk is both homogenized and pasteurized. Food companies also fortify the product with synthetic vitamins, alter its fat content and whiten its color.

Homogenization is a mechanical process that emulsifies fat particles so that they remain suspended in milk instead of separating into a layer of cream. This process raises the risk of fat particles becoming rancid because more surface area is exposed to the air. Homogenization not only breaks down fat globules into much tinier particles, it also rearranges the actual protein and fat molecules. It cannot be absorbed into the body the same way that other milk fat can. Since the body cannot digest these fat particles, they are absorbed into the bloodstream, which causes a host of problems.

Pasteurization is the process of heating milk to more than 160°F for about 15 seconds to kill bacteria and disable enzymes. Ultra-high temperature pasteurized milk is heated to more than 250° for a fraction of a second. Both processes sterilize the milk. This can seem like a healthy method, but pasteurization also destroys necessary good bacteria and enzymes. All five of the milk’s natural, original protective systems are deactivated in pasteurized milk. The high temperatures also denature (alter) the milk’s proteins. This makes them harder to digest and assimilate, and in many cases it causes the body’s immune response to combat the milk, leading to other problems.

Raw milk retains its natural milk proteins and natural fat. The Weston A. Price Foundation has found that those who consumed raw milk as children had greater resistance to disease and grew stronger teeth than children who grew up on pasteurized milk. Studies have also indicated that natural raw milk supports better bone structure, organ development, nutrient assimilation and fertility than pasteurized milk.

Enzymes: Enzymes in raw milk promote nutrient absorption. Vitamins and minerals in raw milk are each paired with a carrier enzyme to make sure the nutrients are absorbed. In processed milk, these enzymes are destroyed, which prevents the nutrients that are present from being absorbed efficiently.

Calcium: Although raw and pasteurized milk contain the same amount of calcium, your body uses each kind differently. Morrell said that calcium in pasteurized milk accumulates in arteries and muscles instead of in bones.

B Vitamins: Morrell also said in her seminar that because raw milk contains a plethora of absorbable B vitamins.

Digestion: Raw milk is also far easier to digest than processed milk. According to Morrell, 82 percent of people diagnosed with lactose intolerance are actually able to digest raw milk. Processing alters milk sugars and proteins, and kills enzymes that promote digestion. The Weston A. Price Foundation finds that “without these vital enzymes, the milk’s natural sugars, fats and proteins can cause reactions in individuals prone to food intolerances.”

Raw milk is safe, easily digestible and contains more absorbable nutrients than processed milk, but those are not the only reasons to drink it. Herbert W. Armstrong College nutrition instructor Amy Flurry emphasizes that it is important to “[get] milk closest to the way God created.” Natural milk may be more expensive and harder to find than even organic store-bought milk, but when you use it, you are drinking in the benefits God intended for you.

What does the Bible say about milk?

God created milk for food, but He meant for it to be farmed and processed correctly. Part of raw milk’s bad reputation—and the reason pasteurization is now so prevalent—comes from faulty farming practices that allowed bacteria to contaminate milk. If you choose to drink raw milk, be sure you obtain it from a quality source. In biblical times, milk was raw, and it came from pasture-fed animals that were well taken care of, as opposed to a neglected or congested dairy, or even a homestead where the farmer does not care properly for his animals. But when it comes from a source that follows God’s natural laws, natural milk is a blessing.

Genesis 18:8 And he took butter, and milk, and the calf which he had dressed, and set it before them; and he stood by them under the tree, and they did eat.

Leviticus 20:24 But I have said unto you, Ye shall inherit their land, and I will give it unto you to possess it, a land that floweth with milk and honey: I am the Lord your God, which have separated you from other people.

Numbers 14:8 If the Lord delight in us, then he will bring us into this land, and give it us; a land which floweth with milk and honey.

Deuteronomy 11:9 And that ye may prolong your days in the land, which the Lord sware unto your fathers to give unto them and to their seed, a land that floweth with milk and honey.

Judges 4:19 And he said unto her, Give me, I pray thee, a little water to drink; for I am thirsty. And she opened a bottle of milk, and gave him drink, and covered him.