Are You a Protector?
The role of protector is perhaps the most fundamental aspect of a man’s duty.
By Joel Hilliker • May 2015 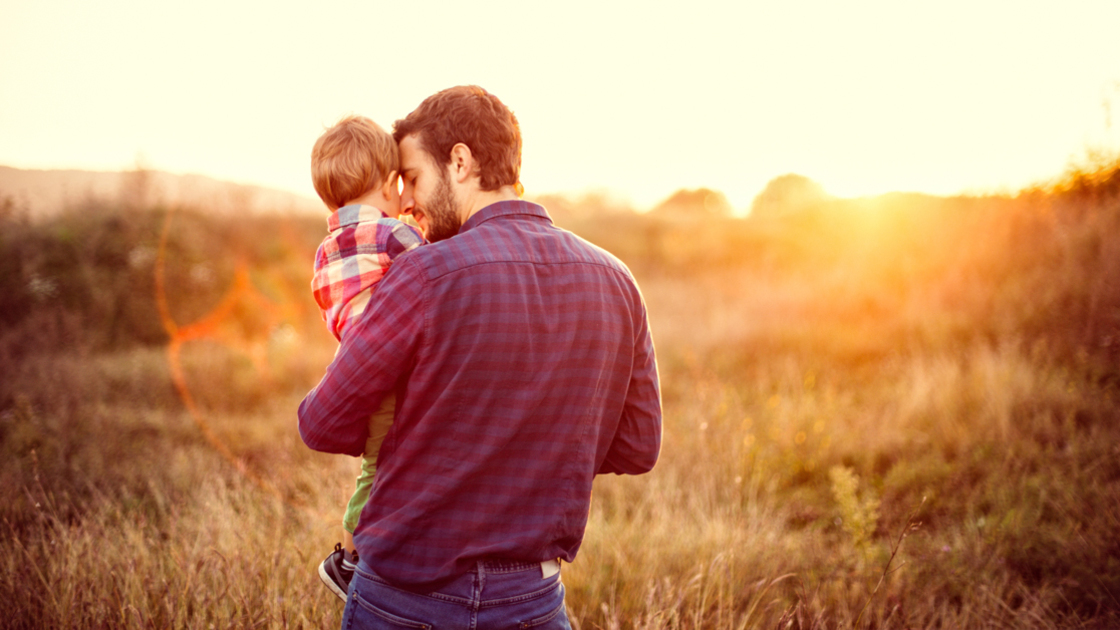 Herbert W. Armstrong was not a man with a quick temper. But one of the few times in his life when, as he put it, “righteous indignation arose instantly to white-hot heat” was in response to an attack on his wife.

Mr. Armstrong tells a story in his Autobiography of having to stand up to some men who wanted to discredit him by concocting the lie that his wife was a poor housekeeper. Under the subhead, “Defending My Wife!” he explained how he handled the situation with the mind-set of a protector. In a public meeting, Mr. Armstrong told these men that they were welcome to speak against him, but had better stop there.

“I then told them with all the power I had that God made me my wife’s defender, and that if either of them dared to utter one word against my wife, I would—if need be—close their mouths before they could finish the first sentence,” he wrote. “I did not specify the means. This was said with blazing eyes, and a sharp voice!” Then he sat down.

His accusers never said a word about his wife.

The role of protector is perhaps the most fundamental aspect of a man’s duty.

Men, this is the way God designed us physically, mentally, emotionally. This is a responsibility He has given to every man, barring legitimate incapacity—and He expects us to fulfill: Protect the women and children.

Godly men are fighters and protectors. Let’s look at a few biblical examples.

When the Assyrians captured Lot’s family, courageous Abraham forged his household into an armed unit to rescue them (Genesis 14:14-16). He set all those poor women free like a knight in shining armor.

When thugs harassed the daughters of Reuel, honorable Moses stood up and drove the whole group of them off (Exodus 2:17-19). Then he followed that display of strength and courage by showing compassion and tenderness toward those women, taking care of their animals.

When the Jews were persecuted while rebuilding Jerusalem, noble Nehemiah roused the men to “fight for your brethren, your sons, and your daughters, your wives, and your houses” (Nehemiah 4:14). Stand between your families and this danger! he said. He told those men to work with one hand and carry a weapon in the other.

God always gave the business of fighting to men. It was the men God sent to defend the nation against outside threats. When God commissioned Moses to take a census of the Israelites, it was military-eligible men He told him to count (Numbers 1:20). War is cruel and terrible and God hates it. He will stamp it out in the World Tomorrow (Isaiah 2:4). It would be far better if nobody ever had to go through that hellish nightmare! But when it is to be done, God sends the men to do it.

And the mind-set of a warrior is: If someone must do it, let it be me.

This godly quality has actually been a cornerstone of civilization. Upstanding men have been defending women and children from threats for millennia. This is what society has expected of men.

This is the basis of simple rules of etiquette like a man opening doors for a woman or walking on traffic-side next to his date. These small gestures reinforce this greater principle. This is why men have traditionally braved the rigors of hardest work in fields like farming, building, mining and manufacturing. This is why men have always been the soldiers. This is why the men on the Titanic put the women and children on the lifeboats while they went down with the ship.

Manliness has always been associated with a willingness to lay down your life to protect others. A man recognizes a righteous cause as more important than his own life.

To our great shame, our modern society sorely lacks this elementary mind-set of manhood. Men are confused about sex roles. Teaching men to protect women is not only lacking, it is condemned. The modern feminist attitude teaches that it is more “enlightened” to let women fend for themselves. This false thinking has rubbed off on most of us more than we probably realize.

A man must be committed to defending his family, defending women and children, and defending his community—even when it hurts. “The real man gains renown by standing between his family and destruction, absorbing the blows of fate with equanimity” (David Gilmore, Manhood in the Making). This is what distinguishes a man from a boy.

Do you look after the women in your life? Are you first to step up to a difficulty, a challenge, a threat? If you’re married, when you hear a bump in the night, surely you are the one who investigates, rather than hiding under the covers and sending your wife. But are there other ways in which you are failing to defend your family?

Fathers should protect their families not only from physical dangers, but also mental and spiritual dangers. We should keep wrong influences from entering the home and into their lives.

If someone insults your wife, do you step up and defend her? Do you safeguard her honor and respect in the way you talk with her? Does she feel safe and looked after in your presence? Can she call on you for help, even in little things, and know you’ll intervene on her behalf?

Life requires hardness—hardness to go out and succeed in a job in the world, to deal with carnal people, to earn money and provide for a family. It takes hardness to establish order and discipline in the home. It demands hardness to ward off negative, worldly influences and protect the family from predators. God wants men to develop that hardness so women don’t have to! He wants men to use the strength He gave them in order to fulfill those jobs.

God gives the man the role of provider and leader of his family—and even in those roles, a man is serving as a kind of protector. When he provides, he frees his wife from having to work outside home and face the hardness of the world each day. He frees her to focus on her role within the home. When he truly leads his family, he shields his wife from having to step into that role and becoming manlier and harder as a result.

Even with something as harmless as a spider or mouse, if a woman screams for help, you have a choice. You can ridicule her for that and tell her to take care of it herself—or you can skip the sarcasm, step in and eliminate the problem—and be thankful for the opportunity to be her white knight against this “threat” rather than against a barbarian or a fire-breathing dragon.

Look for opportunities to step up and take care of things so that she doesn’t have to. Deal with those nagging home maintenance issues. Be the one to make that difficult phone call. Quickly intervene when you see her struggling with something heavy. Establish the habit of being the one to secure the house before everyone goes to sleep at night.

Every time you step up, you make her feel more secure and more loved. And you strike a blow at your selfish nature.

Every man must also protect women and children from his own worse nature. This includes curbing his own anger, impatience, cruelty and mean-spiritedness.

Simply treating women with dignity and honor is a form of protecting them. A man who demeans his wife causes her to feel defensive around him, when she should feel protected!

“Likewise, ye husbands, dwell with them according to knowledge, giving honour unto the wife, as unto the weaker vessel, and as being heirs together of the grace of life; that your prayers be not hindered” (1 Peter 3:7). That is profound. What is the appropriate response to the relative weakness God created in women? Honor. When we fail to give women that honor, we are pushing them to put up barriers—to be their own protectors and defenders!

A man’s role is fundamentally about putting the needs of those he leads above his own desires. Every opportunity to do that builds the manly mind-set God wants him to have.