Have You Heard the True Gospel?
As strange as it may seem, today’s churches have lost the true gospel that Jesus preached.
By Eric Anderson • August 1998 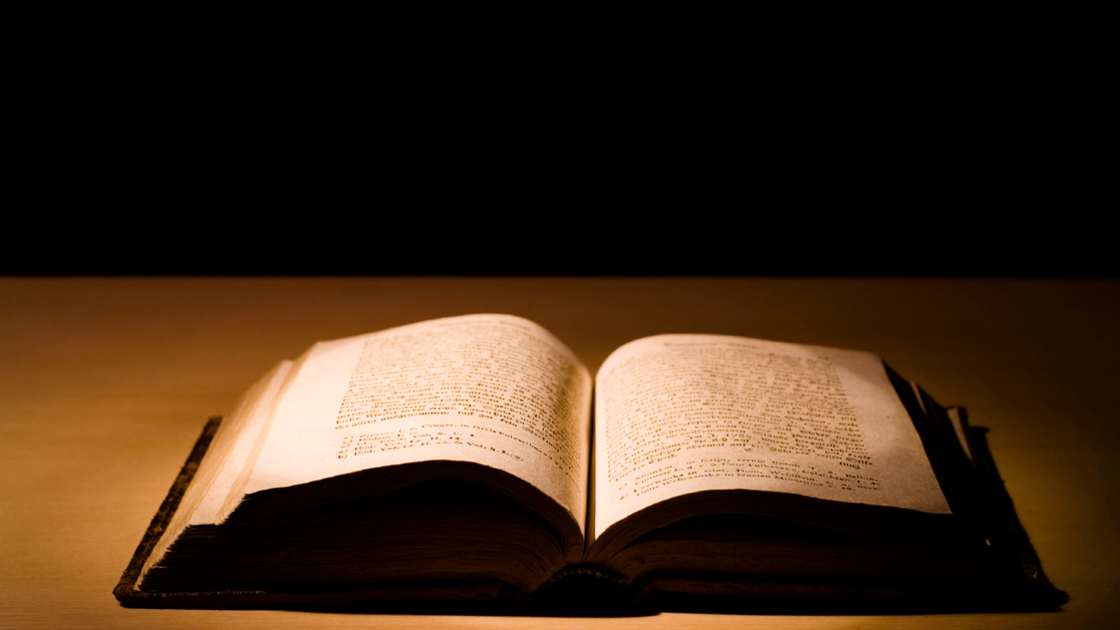 Ask any professing Christian if he believes the gospel, and he is sure to immediately respond with a resounding, “Yes!” But press that same person to explain just what the gospel is and, if he is able to reply at all, he will almost certainly give a wrong answer!

This is shocking! Jesus Christ commanded that true Christians repent and believe the gospel. How can one believe it if he doesn’t even know what it is? Jesus also commissioned His disciples to preach the gospel to the whole world (Mark 16:15). Again, how could they, unless they understood the gospel message to begin with?

Further, God inspired the Apostle Paul to pronounce a double curse on all who would teach a gospel other than the true message Jesus brought (Galatians 1:8-9). Many of this world’s churches are in danger of bringing such curses upon themselves and their followers simply because they don’t know what the true gospel is!

Believe it or not, today’s churches have lost, changed, twisted and perverted the true gospel. Some groups have actually changed the name of the gospel. They interpret it as the “social gospel,” the “gospel of wisdom,” the “gospel of grace,” or some other non-biblical title.

Why isn’t the true gospel of Jesus being preached by churches today? Have you ever heard Christ’s own gospel—the very message He preached? You need to understand His message! It is necessary to believe that gospel to be saved!

By far, the most common mistake has been to take the words “gospel of God” and apply them to a different, false message from the one brought by our Savior. Usually, churches preach a message about Jesus—about His birth, life and death.

Some preach the subject of law and grace—usually underscoring that “obeying the law is not a prerequisite for salvation”—as the gospel message. This, too, is erroneous.

Actually, the plain truth about the gospel message is simple and easy to explain, although it has been forgotten by this world.

The English word “gospel” comes from the word “God-spell,” meaning good news. Even this is usually understood by most churches. But what is this “good news” all about?

No clearer verse can be found to answer that question than Mark 1:14. Read it in your own Bible: “Now after that John was put in prison, Jesus came into Galilee, preaching the gospel of the kingdom of God.”

There it is: The gospel is the good news of the coming Kingdom of God!

This message of the Kingdom of God is not preached by the world’s churches, hence they do not understand the truth about that glorious Kingdom. Yet that Kingdom is spoken of throughout the Bible!

The Prophet Daniel speaks of this Kingdom in Daniel 2:44: “And in the days of these kings [i.e., a prophesied end-time empire of united nations] shall the God of heaven set up a kingdom, which shall never be destroyed: and the kingdom shall not be left to other people, but it shall break in pieces and consume all these kingdoms, and it shall stand for ever.”

Isaiah the prophet also speaks of this kingdom: “For unto us a child is born, unto us a son is given: and the government shall be upon his shoulder…. Of the increase of his government and peace there shall be no end, upon the throne of David, and upon his kingdom, to order it, and to establish it with judgment and with justice” (Isaiah 9:6-7).

Many other verses could be cited. It is quite clear that what the prophets speak of here is indeed an actual kingdom, with laws, rulers, domain and subjects—not some ethereal place set up in “the hearts of men.”

The Kingdom of God is a literal kingdom to be set up here on Earth during the 1,000-year reign of Christ after His Second Coming. It will break in pieces the kingdoms of this world and rule the physical nations of this globe, with Jesus Christ as the Head. It will be a time of great peace, prosperity and tranquility, when all of God’s perfect laws and ways are administered (Isaiah 11:1-10; Micah 4:1-5).

As the New Testament emphasizes, those who are saved will rule with Jesus Christ over these nations as kings themselves, but with eternal life as spirit beings (Revelation 3:21). And, astoundingly, Hebrews 2:6-7 say men are now only a little lower than angels! The saints will be made greater than angels! They will be members of God’s own Family, on His own plane of existence, God-beings themselves under the Father and the Son (Romans 8:12-17; 1 John 3:1-3; 1 Corinthians 15:35-58).

Therefore, the Kingdom of God is, in its spiritual sense, the government of God—administered by the Family of God, a family whose members are on the God level. (For further proof, request our free booklet God Is a Family.) When the time comes in God’s plan when all physical humans who will qualify for that Kingdom have qualified and have been “born again” into that Family, then the Kingdom will comprise only spirit beings who are literal children of God.

That is truly breathtaking news! It is the same message of good news—the only gospel—which Jesus Christ brought. In today’s chaotic and problem-ridden society, the very best news you can hear is the good news of the Kingdom of God.

Jesus Christ was the divine Messenger who delivered the Father’s message (John 12:49-50; 14:24). He is called the Word—the communicator of God’s great plan for humanity. He had no doubt about what comprised the gospel. He preached it everywhere He went (Matthew 9:35; Mark 1:14-15).

The apostles were not confused about the message either. They knew the gospel was a message about the Kingdom of God (Acts 8:12; 19:8; 20:25; 28:23, 31). They prefaced their preaching with an explanation of Jesus Christ as the Messiah—the “messenger of the covenant” who was expected (Malachi 3:1-3)—and they used the undeniable reality of the resurrection to prove it.

The original apostles knew the gospel was not merely about the person of Christ, but about what He said. It was the gospel of the Kingdom (Matthew 24:14), and it was preached to Jews and Gentiles alike (Acts 10:34-38).

Before His crucifixion, Jesus Christ commanded Peter and the other disciples to preach the gospel. “Then he called his twelve disciples together … and he sent them to preach the kingdom of God” (Luke 9:1-2). Later, He sent out 70 more men to preach the same gospel (Luke 10:1-2, 9). After the resurrection, before miraculously ascending to heaven, Jesus again taught His disciples about the Kingdom (Acts 1:3).

During the first 20 years after the Church was founded in a.d. 31, a fierce controversy arose as to whether the gospel was about Christ or Christ’s message. A great false church rose to teach a false gospel about the person of Christ (2 Corinthians 11:3-4, 13-15). From that time on, a spurious gospel was preached in the name of traditional Christianity, by which Satan deceived the whole world (Revelation 12:9).

God’s one true Church, however, has not forgotten the truth about the gospel of the Kingdom of God. God raised up a man in this end time to take His gospel message around the world as a witness. This human messenger was prophesied to come on the world scene shortly before the return of Christ (Malachi 3:1; 4:5-6; Matthew 17:10-11).

“And this gospel of the kingdom shall be preached in all the world for a witness unto all nations; and then shall the end [of this age] come” (Matthew 24:14). Only one man fulfilled this prophecy in this end-time: Herbert W. Armstrong. He died in 1986. No other religious figure on this globe has preached the true gospel worldwide.

The Philadelphia Church of God is an extension of the exact Church that was built by Jesus Christ through Mr. Armstrong nearly 65 years ago. We teach the same gospel message that Jesus taught almost 2,000 years ago. We still read, follow and preach the teachings God restored through Mr. Armstrong. We do not worship this man, but we do hold him in high respect as the end-time apostle God used to raise up the Philadelphia era of the Work of God.

Revelation 3:8 talks about a Church with little strength, few in numbers, but which has kept the Word of God and not denied the truth. Jesus promises to set before that Church an open door to preach the gospel until the work of the Church is completed. It is a small Church, “prophesying again” a message from Almighty God to many peoples, nations, tongues and kings (Revelation 10:11).

The churches of this world are teaching a false gospel—in complete ignorance of the Family of God. What a pity! And what a curse this ignorance has brought them.

The gospel is the good news of the coming Kingdom of God and the all-powerful God Family that will rule the Earth. It includes the details of salvation and of how one can be born into that glorious Kingdom. How inspiring!

This world’s temporary loss of the meaning of the true gospel may sadden those who patiently wait for God’s Kingdom. Yet we may rest assured in the knowledge that, nonetheless, the Kingdom is one step closer to being here every day!