Get the Dirt on Soil
Yes, I really did write an article about dirt.
By Rachel Brown • April 23, 2015 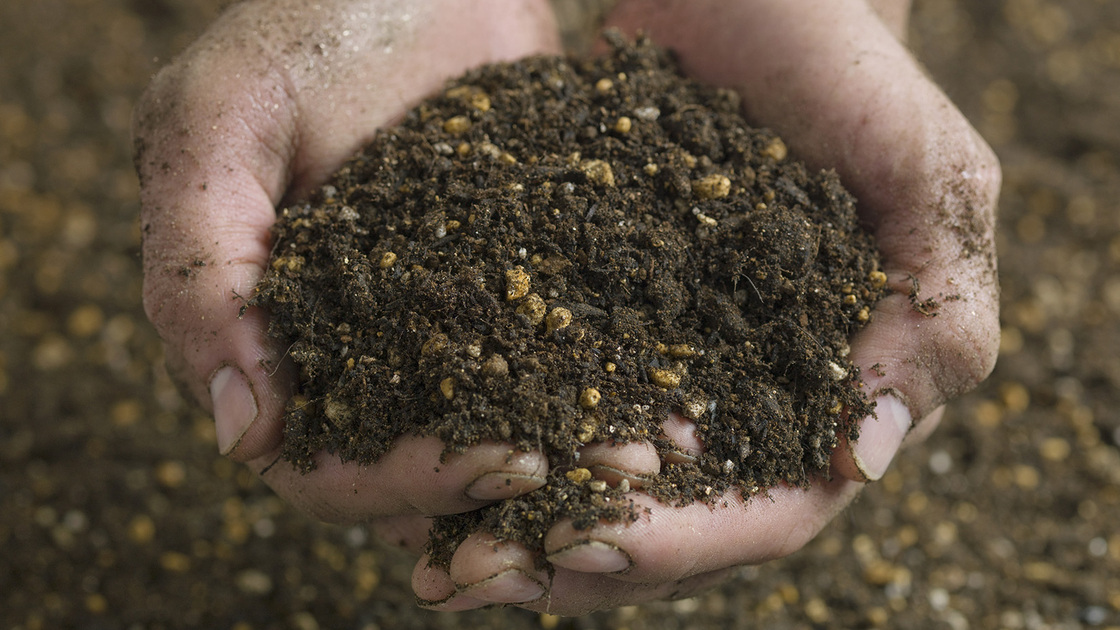 Not too long ago, I was listening to Herbert W. Armstrong College science instructor Robert Morley introduce the next topic that we would study. As I wrote the date onto my notes, I realized he was getting more enthusiastic than usual. In fact, he got really excited.

He got so excited that I got excited.

He continued on, building my anticipation until I was completely convinced that I was going to love this topic—it had to be something amazing!

I think I lost a little bit of drool when my mouth fell open. Dirt? I thought. We’re going to learn about dirt? You are probably having the same reaction right now that I had.

Before you click out of this article, let me tell you that there is a lot more to dirt than you might think. For starters, did you know that dirt and soil are two different things? It’s true. Dirt is only a part of what makes up soil. It’s a mineral component that is composed of sand, silt, and/or clay.

On the other hand, soil is alive! Not only does it include everything that dirt is comprised of, but it also has small wiggly things in it called microorganisms. (You thought I was going to say worms didn’t you? Well, that’s coming!) Soil is made up of abiotic (not living) material, like water, gas and ground-down rock. Healthy soil has everything that plants need to grow. Essentially, soil grows stuff and dirt doesn’t; soil is alive and dirt isn’t.

Here’s something to think about. Try to think of everyone you know, and then multiply that by a billion or so. One tablespoon of soil can have more organisms than the entire population of the Earth! That means when you’re chasing your dog after it takes your hotdog at a family picnic, the ground you are covering contains such a large number of organisms that your mind isn’t able to comprehend it. At the same time, you’re most likely running over a large number of earthworms.

Soil is the basis of all life since it provides us with the food and fuel we need to survive. But even the most important things need help sometimes. That’s where earthworms—slimy creatures that live in the soil—come in. They are instrumental in breaking down dead organic matter, a process known as decomposition. Basically, they help get the good stuff trapped inside of organic matter out by eating it and breaking it down into smaller pieces, helping the bacteria and fungi feast on it and release the nutrients. When they’re not eating, they’re burrowing through the soil, creating little pores that allow carbon dioxide to escape, and oxygen and water to enter. All that moving also helps mix the soil and organic matter together, resulting in happy, healthy soil.

So there are a lot of things going on underneath our feet. But what does that have to do with us? Other than the fact that we’re made of dirt (Genesis 2:7), God also commands us to take care of it and what it produces (Genesis 2:15). When treated well, soil is a strong and resilient material, but it’s also quite fragile—and taken for granted. For example, it takes 100 to 200 years for soil to develop the ability to sustain life and, depending on climate and other factors, potentially thousands of years to have fully balanced soil. Personally, I thought that soil was invincible when it had the term “natural resource” attached to it. But it’s not. It’s actually a nonrenewable resource, which means it’s our job to take care of what we do have.

Our teacher suggested that composting is a great way to take care of soil. It’s a great alternative to using chemically based fertilizer, which harms by killing bacteria and fungi, and forces the ground to its limits. It does take a bit more work, but the results are worth it. You can even compost things like dryer lint, cardboard and coffee grounds! It will take a little bit of time, but the outcome will be dark, rich soil—what God intended for the nourishment of our plants and food.

Dirt and soil probably aren’t first on our list of things to think about, but maybe they shouldn’t be the last. God gave us such an incredible resource to help our lives be more abundant. Thinking about it now, soil is exciting!