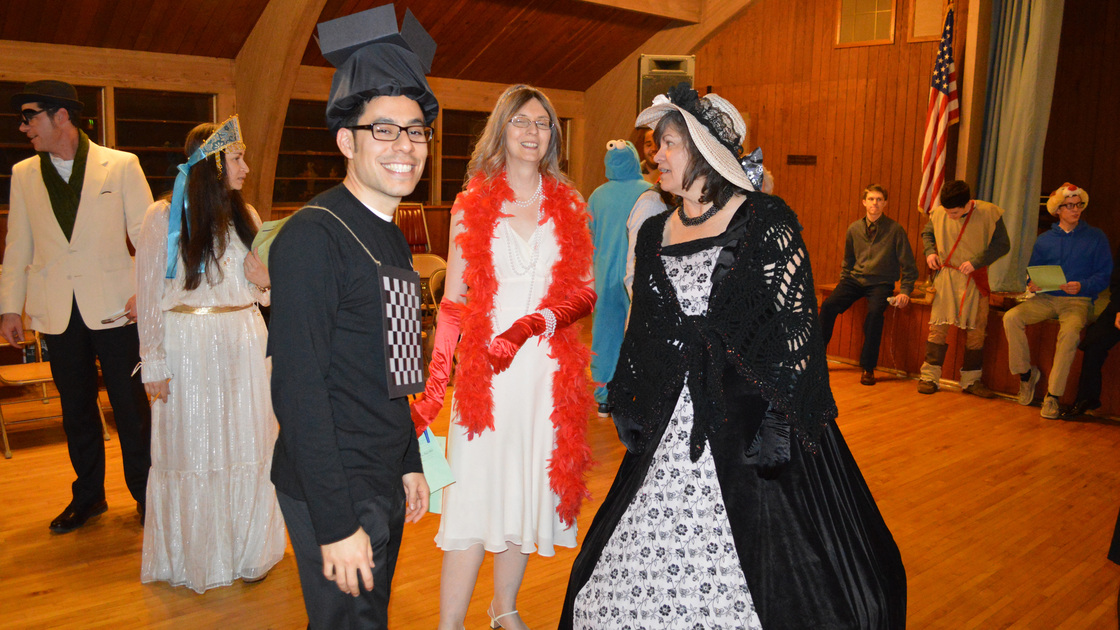 Preaching Elder Greg Nice delivered a Bible study focusing on the book of Proverbs and asking, “Is wisdom your principal thing?” He encouraged the group of teens in attendance to use the everyday practicality of Proverbs as an approachable segue into the deeper truths in the Bible.

Regional Director Cal Culpepper’s sermon “The Hands of the Master Potter” exhorted members to allow God to shape them through trials, highlighting how much He can do with each individual between now and the return of Jesus Christ.

A costume dance was planned for Saturday night. On the dance floor, husband and wife chess pieces considered their next move, Lewis and Clark mapped out the Virginia Reel, the Cookie Monster two-stepped with her cookie, and Queen Elizabeth was escorted to the floor by a First Foot Guardsman. Other costumes included a southern belle, a firstfruit and Sacagawea. Lore Navarro took first prize for her costume of a girl from the ’50s.

The second day began with a suspense-filled pine car derby. Lane Schultz took the teen competition with his car, “Blitz.”

“I feel the hard work paid off,” Schultz said. “It boosted my confidence and interest in physics to see my theories work.”

Elias Rosario won the children’s division. Local Elder Victor Vejil won the adult speed competition with “For Queen and Country,” overcoming a host of cars including “Victory Is in the Air.” The most creative design award went to 9-year-old Ava Schultz with an ice cream sandwich and teen Sarah Woods with “Minion.”

A “cake dance” followed, including elements from musical chairs and “Simon Says,” with the winners receiving cake.

After dinner, activities wound down with fellowship and games, including a chess tournament with 16 participants, which prospective member Michael Street won.

“There [was] a lot of joy and happiness, sharing and giving, doing and learning,” member Barbara Street said. “It helps bring us closer together and hopefully brought each of us out of our comfort zones.”