Haifa Symphony Orchestra Performs at Armstrong Auditorium
EDMOND—The Haifa Symphony Orchestra of Israel inaugurated its first tour of the United States at Armstrong Auditorium on February 27. Its program for a crowd of nearly 600 people included works from Mozart, Dvorak and Israeli composer Uri Bracha. The orchestra …
By Breanna Leiferman • March 10, 2014 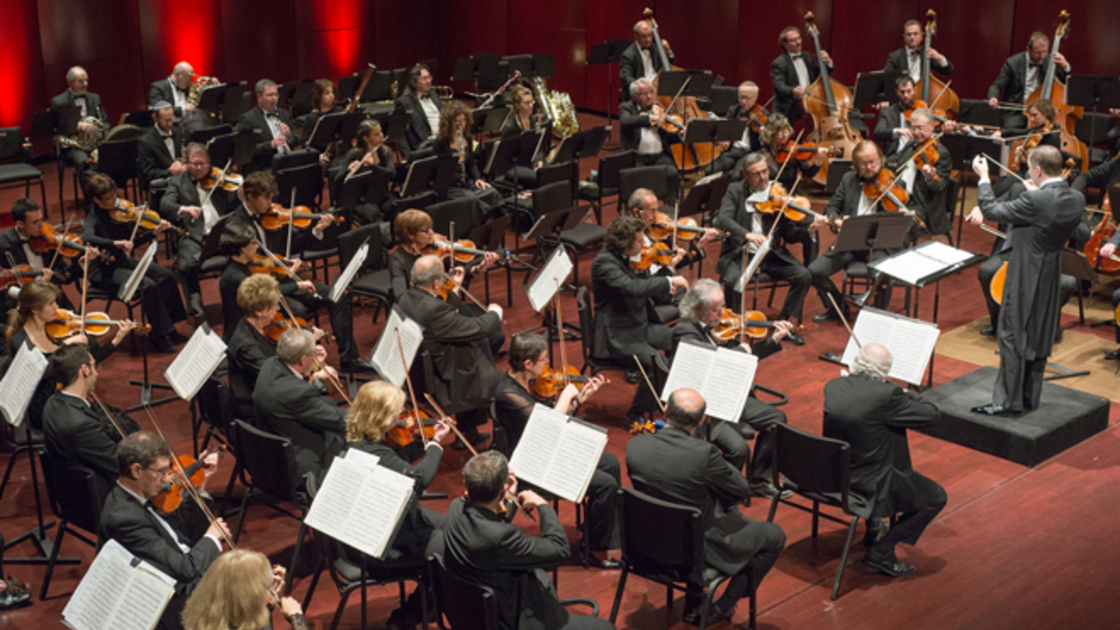 EDMOND—The Haifa Symphony Orchestra of Israel appeared at Armstrong Auditorium on February 27 during its first tour of the United States. Its program for a crowd of nearly 600 people included works from Mozart, Dvorak and Israeli composer Uri Bracha. The orchestra included Israel’s leading violist, Avshalom Sarid.

Founded in 1950 and currently conducted by Boguslaw Dawidow, the orchestra is regarded as the most significant musical institute in northern Israel. It has received the Israeli Prime Minister’s Award for being the prominent performer of authentic Israeli compositions in Israel, and it is highlighting Jewish music in its first American tour.

“We have been season ticket holders for the past three years, but the Haifa Symphony concert far surpassed anything else that we have had the privilege to attended,” one attendee said. “We can only hope that they will honor us with a return visit.” Another said the concert was “beyond magnificent, and the music selections could not have been improved upon.”

The Haifa Symphony Orchestra is not the first Israeli musical group to play at the auditorium. During its first season, Israeli pianist Inon Barnatan performed with the Academy of St. Martin in the Fields. Dawidow conducted Opole, the National Philharmonic of Poland at Armstrong. In January 2012, pianists Orli Shaham and Irit Rub, flutist Sharon Bezaly and violinist Itamar Zorman performed for the JerusalemCelebration, which coincided with the opening of the auditorium’s first temple period archaeological exhibit. Last year, Arab-Israeli folk ensemble Shesh Besh performed at a Herbert W. Armstrong College student assembly that was open to the public.

Among the concertgoers watching the Haifa Symphony Orchestra was Ambassador Meir Shlomo, the consul general of Israel to the Southwest United States. Shlomo had addressed the hwac student body and headquarters staff earlier that afternoon. Ambassador Shlomo’s visit was the latest of several visits by Israeli diplomats, including consulate representative Beylanesh Zevadia (now Israel’s ambassador to Ethiopia) in 2008, and Ambassador Yoram Ettinger (Ret.) in 2009. In December 2012, the consulate’s director of cultural affairs, Guy Cohen, visited the auditorium and viewed the archaeological exhibit.