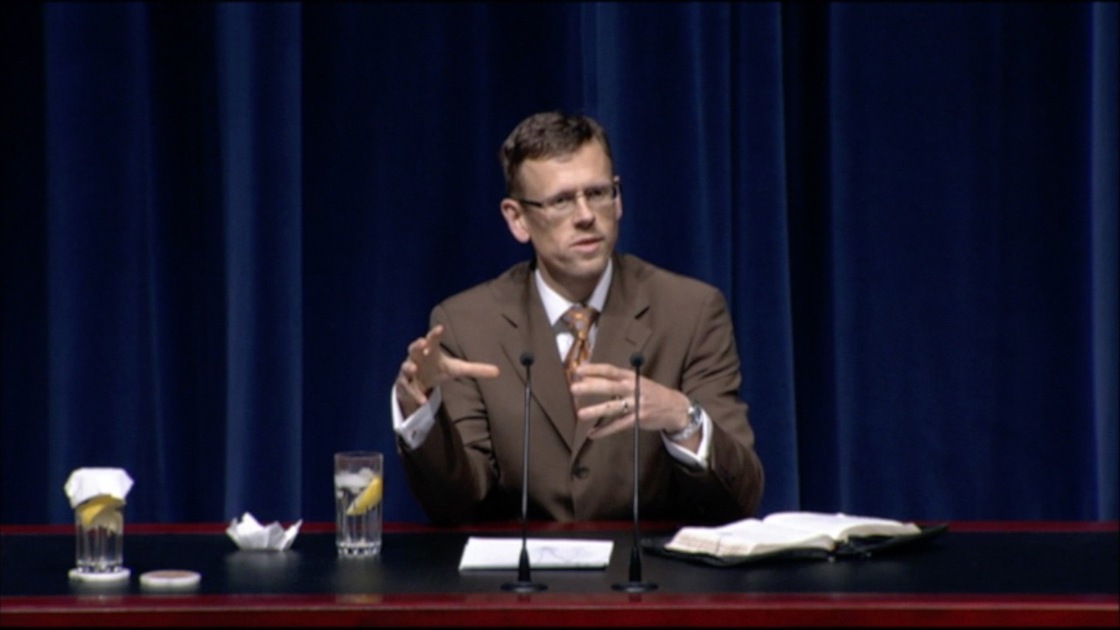 A godly courtship lays the foundation for a godly marriage, and singles must trust God every step of the way, Mr. Hilliker said. He also said that if singles prioritize God above every human relationship, God will heal relationship mistakes.

The dating process within the Church—dating widely, narrowing the field, and courtship for marriage—is designed to preserve singles’ innocence and trust, Mr. Hilliker said. He contrasted it with worldly relationships, which cause lack of trust, defensiveness and emotional disconnect.

Mr. Hilliker shared some of his personal experience and strongly admonished singles to prevent emotions from leading them astray. He quantified three lessons he learned from dating:

1. It is easy to force your will on God while thinking you are following Him.

2. You are responsible for your own decisions, even after receiving counsel.

3. Keep a clear head all the way through your courtship.

“Mr. Hilliker’s personal example helped us to understand the importance of the subject he talked about,” Herbert W. Armstrong College freshman David Michels said. “I felt grateful to hear the truth—it is so easy to deceive oneself.”

Mr. Hilliker advised singles to counsel with the ministry at the first sign of romantic interest, and then offered five distinctions between infatuation and love:

1. Infatuation is selfish; love is outflowing.

4. Infatuation floats in fantasy; love is grounded in reality.

5. Infatuation is short-lived; love is enduring.

Mr. Hilliker concluded with two courtship traps to avoid, the first one being conversation about “us.” He said that instead of engaging in romantic conversation, singles in courtship should talk about each others’ views about important subjects, including life goals, attitude toward serving, solitude vs. socializing, work ethic, time management, finances, standard of living, energy level, maintenance of belongings, health, friendship, loyalty, communication, honesty, positivity, and handling of trials.

“I liked when he discussed how priorities vary per person,” Oregon single Cindy Rojas said. “That even in the Church, people want different things, so make sure you sort out logistics.”

By doing so, singles can discern their compatibility while building real friendship; in this way, there isn’t a big difference between dating widely and courting, Mr. Hilliker said.

The second courtship trap is physical affection, Mr. Hilliker said. He said that touch is extremely powerful in binding two people together, and must be avoided almost entirely before marriage.

“I appreciate how Mr. Hilliker brought up the fact that there is a perfect time to start thinking as an exclusive couple and a perfect time to become physically involved,” Edmond member Tiffany Watson said. “But getting caught up in either of these things at the wrong time will create problems, no matter if the person who you are interested in is the right one or wrong one.”

Real love develops after the marriage commitment, Mr. Hilliker said. “Do it God’s way, and you can navigate the tricky waters of dating—even serious dating and courtship—and you can lay the foundation for a successful and happy marriage.”

pcg singles can view the study at singles.pcog.org.