Stand Your Ground!
A lesson from one of David’s mighty men
By Justin Goodearl • March 23, 2015 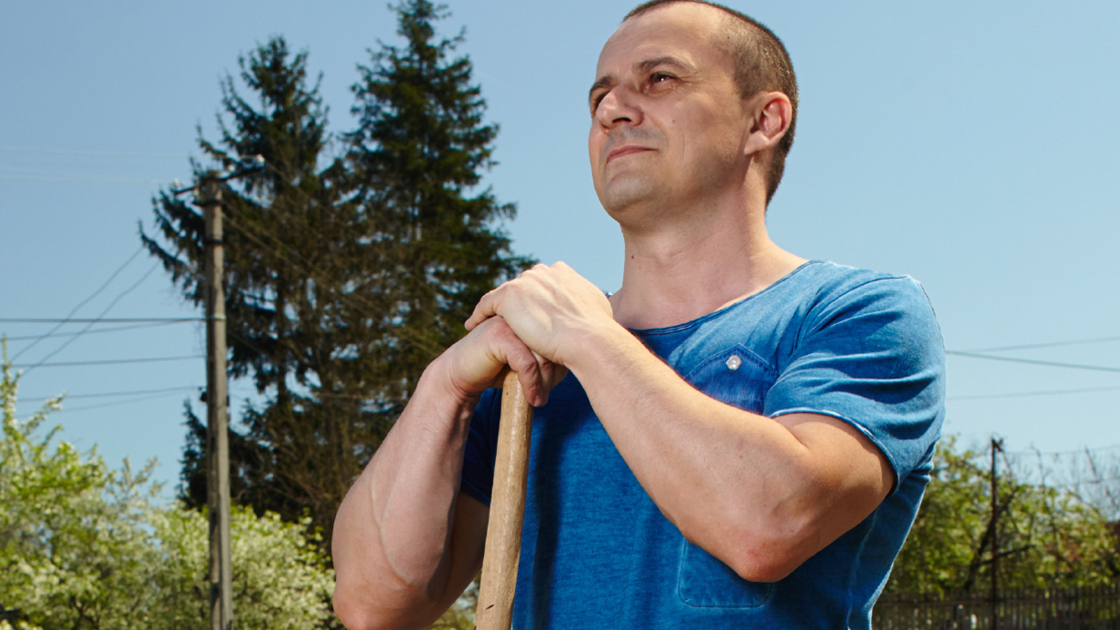 “Stand your ground!” Shammah shouted to the terrified Israelite men as they fled. “Don’t cower from these reproachable Philistines! Stand and fight!” But the Philistine army drew closer, and the Israelites ran.

This is a story of one of David’s mighty men. The account in 2 Samuel 23:11-12 is brief, but God deemed it worthy to canonize, which means Shammah’s example is for you and me.

“And after him was Shammah the son of Agee the Hararite. The Philistines were gathered together at Lehi, where there was a plot of ground full of lentils: and the men fled from the Philistines” (verse 11; Revised Standard Version).

Shammah’s name comes from the Hebrew root word shamem, which means to be desolate, appalled; to stun; astonishment. His father’s name, Agee, means, “I shall increase.” Hararite means mountain dweller. Judging by just the names, Shammah was not a handsome “Prince Charming.” But he had the frame and bearing of a sturdy man who knew and welcomed hard work—a man with a strong back, broad shoulders, and rough, calloused hands.

But it was the strength of his character that would reveal itself on this day.

Shammah and several Israelite men labored in the field. In the distance, they heard an ominous sound: a low rumble and the clanking of metal. The sound grew louder and clearer until at last its source appeared on the horizon and advanced across the field: a Philistine army.

The man next to Shammah dropped his bag of lentils without hesitating, turned and ran for his life. This quickly turned into an exodus of terror as men fled the scene, terrified of the approaching army.

It was the natural reaction for a group of laborers who are downrange from an invading army. But not for Shammah. “Why do you flee for your lives?” he shouted, his arms stretched out with clenched fists. “Stand your ground, men!”

But none of his countrymen heeded. “Shammah!” one shouted, “run or die!” Another grabbed him by the arm, trying to save his life.

But Shammah didn’t listen—and didn’t move. As the Philistine raiders drew near, Shammah was no longer just a laborer. He was a target. But he didn’t let fear overcome him. He was determined to fulfill his duty as an Israelite warrior, whatever the cost.

Why was this reaction—so unnatural to his co-workers—so natural to this one man?

Shammah had faith in God. He knew that one plus God equals a majority. It didn’t matter how numerous or well-armed the enemy was; he trusted that God would deliver him.

A group of Philistines detached from the marching ranks and closed on Shammah with their swords, spears and shields. It was time to make this laborer their first victim. But Shammah agilely avoided their strikes, went hand-to-sword against one soldier, and took his weapon.

Strengthened by God, Shammah survived, deflected, beat back and counterattacked. One invader actually fell to Shammah’s sword. Then another, then another. He wielded his blade so skillfully that no Philistine weapon injured him. Squads of soldiers rushed the lone Israelite, trying to overcome him by sheer numbers, but one by one, they fell to their death.

Soon the struggle came to its astonishing end. Silence filled the scene as corpses lay in the field.

Shammah “slew the Philistines: and the Lord wrought a great victory” (verse 12).

This man knew that God was with him. He knew that it was because he had faith in Him that God brought about the victory.

This is an extraordinary example of a faith-filled man of God who stood his ground.

How strong are we, men? How much faith do we have? The feeble flee from view, but the strong stand secure.

While Shammah stood and defended a physical plot of land, we must stand and defend our spiritual ground. Satan is always trying to intimidate us. Society threatens to drive us from holding fast to God’s truth, God’s law, God’s absolute standards and morals. Satan is diligently destroying masculinity and the man’s role. Males throughout society are fleeing from their responsibilities as men.

Will you follow the crowd? It takes tremendous determination to resist the rush in the wrong direction. It takes true faith to do the right and fulfill your duty, even when doing so leaves you alone.

When enemies arise, will we run—or will we stand for God?

God’s Work needs faith-filled men to stand and fight for Him and His way of life. Remember Shammah’s example. Stand your ground!