Be a History-Changer
As we continue to face our battles, let us remember the example of Gen. Sir John Monash.
By Kiall Lorenz • March 4, 2015 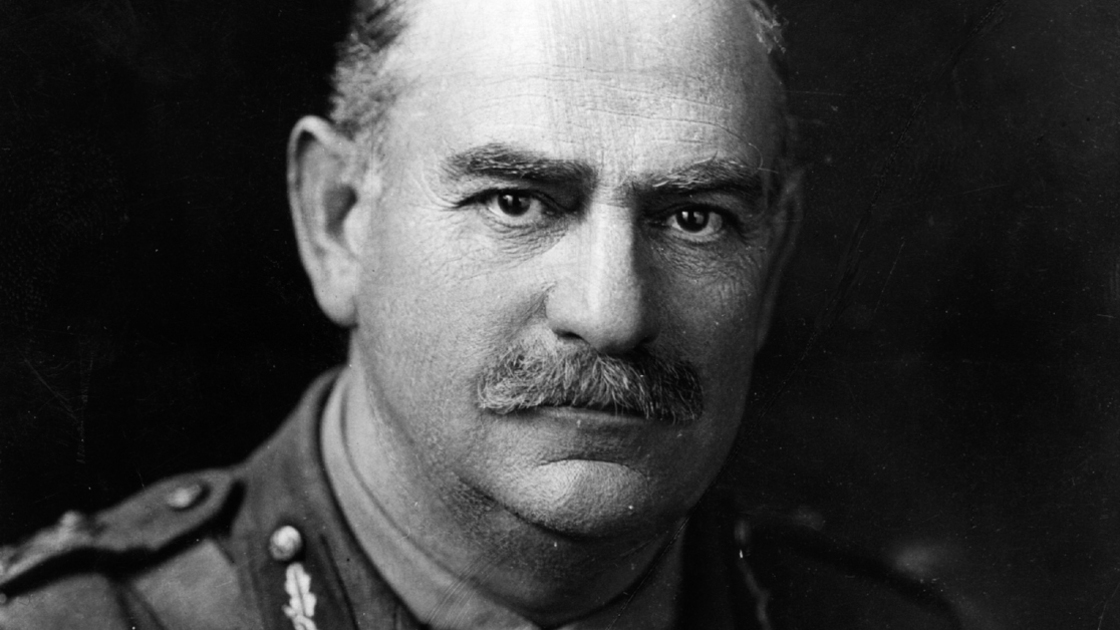 The shrill sound of a whistle pierces the morning air. Thousands of Allied soldiers jump up out of their muddy trenches and race across no-man’s land. A wall of merciless German machine-gun fire hits them and halts them in their tracks. The Allied attack is repulsed before the soldiers even get halfway to the enemy trenches.

It is July 1916, and the Battle of the Somme is raging on the Western front in Europe. The Allies have suffered up to 40,000 casualties on the first day alone! And it will be two more years of this senseless slaughter before a commander has the courage and willpower to change the plan of battle for the Allies.

John Monash joined the Australian Imperial Force in 1914. He was commander of the Third Division. On the battlefield, Monash’s leadership qualities quickly became apparent, and he was promoted to the rank of major general. Monash developed a reputation as a careful and efficient commander. In May 1918, he was promoted to Commander of the Australian Corps. It is at this point in the war that Monash distinguished himself as a world-changing leader. Some historians say that the Allies would have lost the war without him.

Monash witnessed firsthand the disastrous strategies of the Allied commanders. These commanders were still using 1700s-style warfare: large formations of soldiers charging the enemy with fixed bayonets. The commanders did not or could not take into account the effect the machine gun had on those tactics. Monash had witnessed enough of the senseless slaughter of soldiers. He devised a new battle plan with a focus on protecting life. It called for the coordinated use of infantry, aircraft, artillery and tanks.

“The true role of infantry is not to expend itself upon heroic physical effort,” Monash wrote, “not to wither away under merciless machine-gun fire, not to impale itself on hostile bayonets, but on the contrary, to advance under the maximum possible protection of the maximum possible array of mechanical resources, in the form of guns, machine guns, tanks, mortars and airplanes; to advance with as little impediment as possible; to be relieved as far as possible of the obligation to fight their way forward.”

On July 4, 1918, in the Battle of Hamel, Australian and American troops under Monash’s command took less than 92 minutes to kill 2,000 Germans and capture 1,600 others. The Australians lost fewer than 1,300; the Americans fewer than 180.

“It was to him and his acute brain and quick decisions,” wrote Phillip Gibbs, a war correspondent on the Western front, “that we owed the surprise attack by the Australians at Villers Bretonneux which saved Amiens and perhaps the Channel ports after the Allied retreat of 1918, when victory looked certain for the Germans.” Monash and his new battle plan literally saved the war for the Allies!

French Prime Minister Georges Clemenceau canceled a planned visit to French front-line troops and instead visited the Australians under the leadership of Monash. He said, “When the Australians came to France, the French people expected a great deal of you …. We knew you would fight a real fight, but we did not know that from the beginning you would astonish the whole Continent.”

From Aug. 8 to Nov. 11, 1918, the Australian Army Corps under Gen. John Monash destroyed no less than 39 German divisions.

Monash was knighted on the battlefield by King George v, the first time in 200 years that a British monarch had honored a commander in such a way. More praise came from British Field Marshal Bernard Montgomery, who named Sir John Monash “the best general on the Western front in Europe.”

Why was Gen. Sir John Monash so highly successful—and highly honored? Monash was the first commander of World War i to recognize the suffering of the infantrymen. Other commanders focused more on getting replacements and reinforcements and maintaining their positions. Monash had compassion toward his soldiers and respected the hardships and sacrifices they endured. This inspired a new strategy of warfare that would save his men’s lives. Furthermore, he had the courage and willpower to implement the experimental strategy even when he faced stiff opposition from other Allied commanders who thought he was crazy.

This example proves that to be history-changing leaders, we need to utilize all of our resources. To be truly successful, we have to learn from other people’s mistakes and be able to apply those changes in our lives. We will not be successful if we are unwilling to break a routine or strategy that is not working. This thinking nearly lost World War i for the Allies.