Should a Christian Fight?
The PCG frequently comments on American military weakness. Does this mean we support military action?
By Mark Jenkins • May 2002 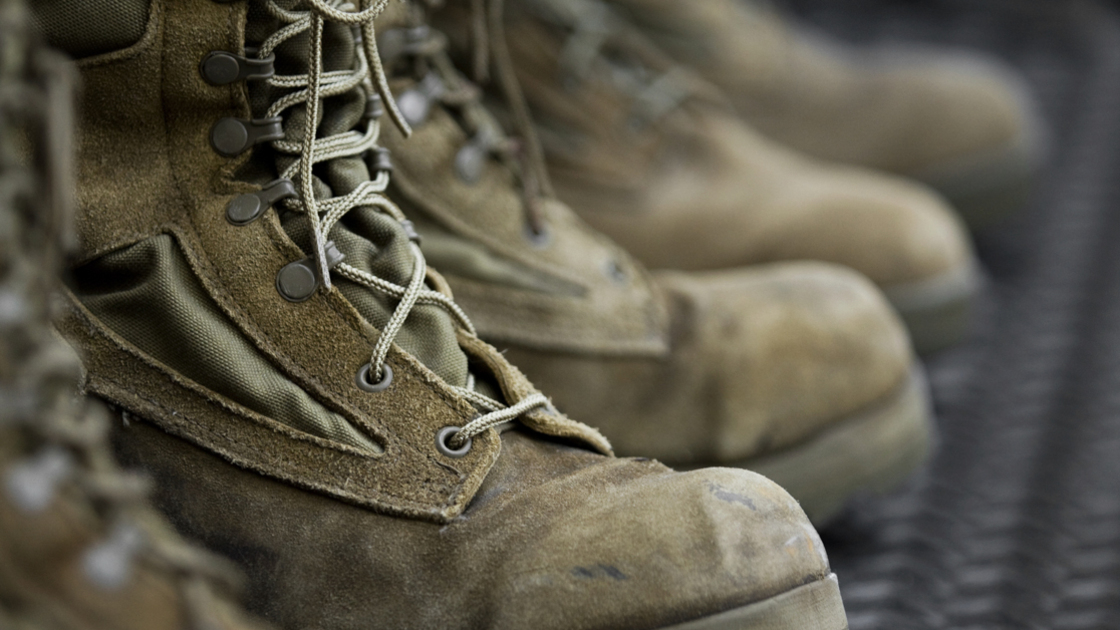 In this world, there are men who would seek to carry out actions that are unfathomable to the average man. Millions have died at the hands of men like Timothy McVeigh, Adolf Hitler and Osama bin Laden. Terror is a horrifying problem, and one that must be solved.

The world has a solution to this problem—military action. But should we, as Christians, participate in war?

In light of the recent events in New York and Washington d.c., some have said that it would be acceptable—even imperative—for God’s people to participate in the war on terrorism because of the moral rightness of doing so. Many feel this evil action cannot go unanswered.

Didn’t God command the Israelites to fight against their enemies, to destroy their enemies? And yet, isn’t that the same argument that the terrorists themselves use? That their God commands them to attack those who oppose the will of God?

Let us look into our Bibles and find out what Almighty God says about this topic, and what He would have us do. Let us find His solution to this world’s problems—a solution that will stamp out both terrorism and war!

God promised unequivocally to protect the Israelites from all their enemies in exchange for their obedience: “If thou shalt indeed obey [God’s messenger], and do all that I speak; then I will be an enemy unto thine enemies, and an adversary unto thine adversaries” (Exodus 23:22). God wanted Israel to rely on Him for protection. In leading the Israelites from Egypt to the Promised Land, He specifically led them around the land of the Philistines because He did not want them even to see war, much less participate in it (Exodus 13:17).

Yet Israel did not continue to obey God. The choice to participate in war was made by the carnal-minded Israelites, not by God.

In another account, God protected the Israelites from a million-man Ethiopian army because King Asa relied on His protection. Again, there was absolutely no need to fight. Even after this astounding demonstration of God’s power, however, King Asa did not continue to rely on Him.

In his 1985 booklet Military Service and War, Herbert W. Armstrong wrote about this event: “This time Asa neglected to rely on God to fight off the attacking military force! This time he did precisely what the United States and Britain are doing today! He hired an ally—the Kingdom of Syria (2 Chronicles 16:1-3).”

Read verses 7-9 of 2 Chronicles 16: “And at that time Hanani the seer came to Asa king of Judah, and said unto him, Because thou hast relied on the king of Syria, and not relied on the Lord thy God, therefore is the host of the king of Syria escaped out of thine hand. Were not the Ethiopians and the Lubims a huge host, with very many chariots and horsemen? yet, because thou didst rely on the Lord, he delivered them into thine hand. For the eyes of the Lord run to and fro throughout the whole earth, to show himself strong in the behalf of them whose heart is perfect toward him. Herein thou hast done foolishly [‘just like the United States and all nations today!’ Mr. Armstrong wrote]: therefore from henceforth thou shalt have wars.”

He concluded, “If you wonder why our nations are continually having wars, there is your answer!” These wars are even more prevalent today than in Mr. Armstrong’s time.

And yet, there were times that God instructed the Israelites to take action against their enemies. Why? Consider Mr. Armstrong’s words on this: “But, did God do wrong, in using the war-determined Israelites to drive out these nations, and to kill? Never!

“Remember this basic truth: God alone has the right to take human life, since He alone is the giver of life.

Israel’s function as an instrument of death was just another result of its faithlessness and disobedience. The same principle applies to the situation Winston Churchill found himself in during World War ii. He was used by God to save America and Britain through military action. He was a man of vision and knew that action must be taken to save his nation. However, Mr. Churchill was not a man of faith and obedience, and the British people are not God-fearing. Led by Mr. Churchill, they were used in much the same way as the “war-determined Israelites.”

The Philadelphia Church of God’s newsmagazine, the Philadelphia Trumpet, frequently comments on American military weakness. This is, however, not because we support military action—we do not! This military weakness of the United States and Britain demonstrates the fulfillment of a biblical prophecy—that the pride of their power has been broken (Leviticus 26:19). In writing on this lack of military strength, the intent of the Trumpet is simply to show the extent to which God’s prophecies are being fulfilled in the U.S. and Britain. Because of disobedience, God has broken the pride of the their power and appointed terror over them (verses 15-16).

Remember what Jesus Christ said: “My kingdom is not of this world: if my kingdom were of this world, then would my servants fight, that I should not be delivered to the Jews: but now is my kingdom not from hence” (John 18:36). Consider: The Apostle Peter drew his sword in defense of the living Christ and was told to put it away. God does not condone violence.

Also, consider where your allegiance lies. As a citizen of the United States of America, you would not fight for any other country; to do so would be considered treason. When you visit another country, you are a guest. You cannot participate in any aspect of its government, military or otherwise. The question, then, is this: Where is your citizenship? Are you a part of one of this world’s kingdoms? Or are you a citizen of the Kingdom of God?

“For our conversation is in heaven; from whence also we look for the Sav­iour, the Lord Jesus Christ” (Philippians 3:20). The word conversation is politeuma in the original Greek and is properly translated “citizenship.” In fact, it is translated citizenship in virtually every translation of the Bible except the King James. As Christians, we are citizens of heaven, led by our King, Jesus Christ of Nazareth!

If you are led by a government that is fighting a war, then you can fight for it. But if you are led by God, He gives the following command: “Thou shalt not kill” (Exodus 20:13). If we were to participate in any of this world’s military organizations, we would be demonstrating our lack of obedience to our Father and, at the same time, our willingness to fight against a terror that has been appointed by God (Leviticus 26:19).

Jesus Christ’s Kingdom is not yet here, and His servants do not fight in physical wars. Our battle is not physical; it is spiritual: “For we wrestle not against flesh and blood, but against principalities, against powers, against the rulers of the darkness of this world, against spiritual wickedness in high places” (Ephesians 6:12). We are expected to follow the government of God Almighty, not the flawed governments of man. If man followed God’s law of love, peace would cover the Earth—and this is exactly what will happen in the near future!

Terrorism and war are appalling evils, and will be stamped out by Jesus Christ at His return. We, however, simply do not have the right to go work for another government or kingdom—one being punished by God for its sins—simply because we believe its cause to be righteous.

World peace is coming, but not by the current war on terrorism. When Jesus Christ returns, His saints will fight by His side and will finally be allowed to execute that judgment (Psalm 149:5-9). All of His saints will have that honor, and our victory will be assured!