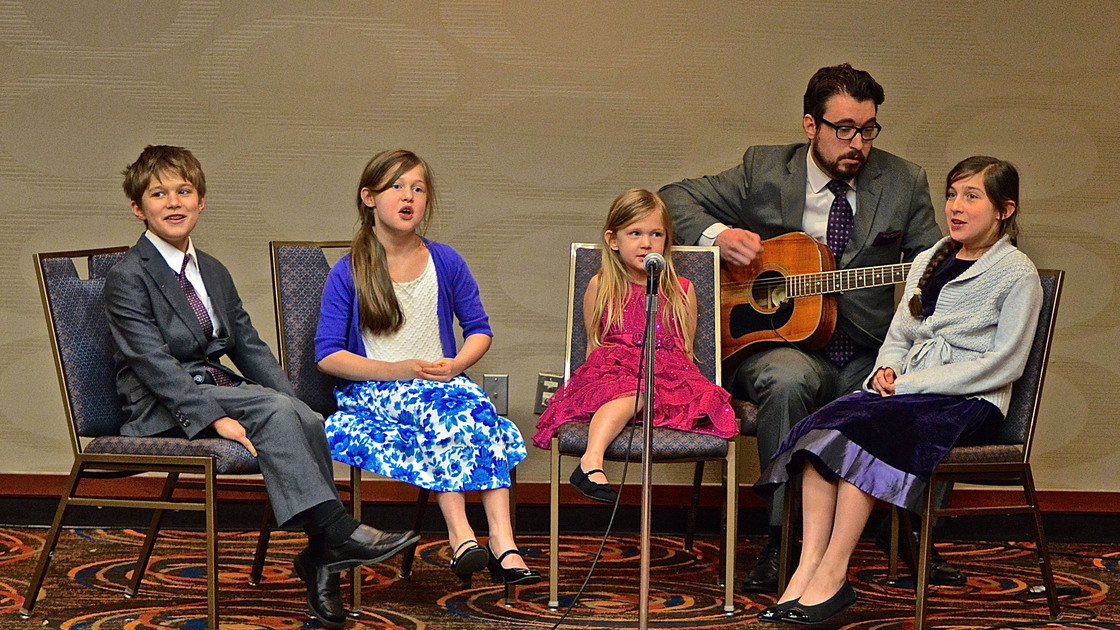 MISSOURI—Seventy-seven brethren from three Philadelphia Church of God congregations met in Columbia for a combined winter social on Dec. 27, 2014. Members from the Galesburg, Ill., Kansas City and St. Louis, Mo., congregations met at a hotel for Sabbath services, Bible study, a catered meal and an evening of family fun and entertainment.

“The spiritual atmosphere was enhanced by the high quality venue at the Marriott hotel,” Kansas City deacon Mark Arnfield said. He was among several members who commented on the upscale decor and comforts of the hall.

The event was also special in that it marked a return to Columbia, a place where members from around the Midwest often met for combined services in the 1990s; several years had passed since the last combined service there.

On the Sabbath, Arnfield delivered a sermonette about the origins of New Year’s celebrations, then members heard a recording of a sermon from headquarters by Evangelist Stephen Flurry. Mr. Flurry recalled the humble beginnings of the pcg and discussed its growth over the past 25 years in a message titled “The Tip of the Iceberg.”

Following a break for lunch, Preaching Elder Eric Anderson gave a Bible study about the importance of Malachi’s Message and about characteristics of true Philadelphians.

Once the study concluded, members enjoyed dinner service courtesy of the hotel, which allowed additional time for conversation before the family fun show began.

Arnfield recruited acts, organized the show, and acted as emcee.

“The experience was unusual because although to begin with there was little interest by potential performers, as time went on more people volunteered, including several first-timers,” he said.

A variety of performances kept the evening lively. Acts ranged from vocal and instrumental music to a poetry presentation. The juxtaposition of serious and comedic material evoked laughter and tears from old and young, families and singles.

“It was so much fun to see everyone’s faces as they watched the performances,” 7-year-old performer Rylie March said.

“The show turned out to be one of the most enjoyable I have seen,” Arnfield said. “The brethren embraced the challenge to get involved, and God blessed that attitude.”