Was Peter the Chief Apostle?
Who was the human leader of the early New Testament Church? Was it one man, or a committee? Does the Bible tell us?
By Fred Dattolo • July 2003 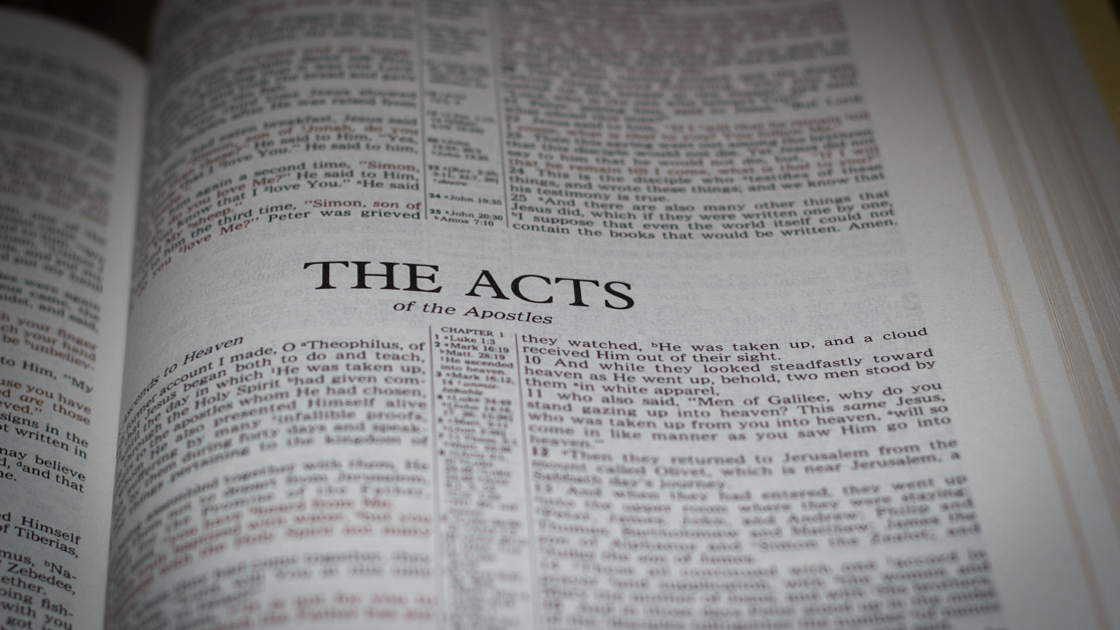 Along with God’s Holy Spirit, the truth is what sets the Church apart (2 Thessalonians 2:13 and John 17:17, 21). The Apostle John’s greatest joy was that the brethren walk in truth (3 John 4). Probably the most significant truth that God restored to His Church through the end-time Elijah was the proper form of Church government. God’s government is His structure or method of getting things done. It is a hierarchical form of government, from the top down. There is always one being or person at the head of whatever unit is being governed. Consider the following:

In the God Family, the Father has always been supreme in authority. Under the Father, the Word did the work of creation (John 1:1-3). It was the Word who was slain from the foundation of the world (Revelation 13:8). It was He who became Melchi­zedek, God’s High Priest, and it was He who became the Son of God. He clearly stated that the Father was greater than He was (John 14:28).

The congregation of Israel was called the “church in the wilderness” (Acts 7:38). In this Old Testament Church, the pattern of government was the same. Moses was the leader, appointed by God, and he in turn appointed others under him (Exodus 18:21-22).

In the New Testament Church that Christ founded, this pattern of government was consistent. Let’s prove that now.

When Christ founded the Church, He chose 12 disciples. Matthew tells us who they were. “Now the names of the twelve apostles are these; The first, Simon, who is called Peter, and Andrew his brother …” (Matthew 10:2). Does the word “first” as used here imply chronological order? No! The Gospel of John shows that the Apostle Andrew knew Christ before his brother Peter! (John 1:35-42). Andrew was the one who told Peter he had found the Messiah so Andrew was “first” in that sense. Then why does Matthew call Peter “the first” (Greek protos)?

Obviously, Peter was not “the first” chronologically. Rather, he was the leader, or chief, of the apostles. That is precisely what Matthew 10:2 declares. And, it’s no coincidence that Herbert W. Armstrong always referred to Peter specifically as the “chief” apostle!

The Preeminence of Peter

In addition to Matthew’s explicit statement that Peter was the chief apostle, there are many other scriptures that show Peter was the leader of the early Church. Notice the following:

Mark 3:16—Jesus gave Simon another name—Peter, which means “stone” (John 1:42). Since Christ was the Rock, He gave His chief apostle a name that would appropriately signify his position and authority directly under Christ.

John 21:15-17—The commission to feed the flock of Christ is given three times to Peter.

Acts 5:3-10—It was Peter who spoke to Ananias and Sapphira, and perceiving their deceit, caused them to drop dead!

Acts 5:15—Just the shadow of Peter passing over the sick could heal them!

Acts 8:18-23—It was Peter who rebuked the first pope, Simon Magus the sorcerer.

Acts 11:1-18—It was Peter who told the other apostles how God had granted repentance and salvation to the Gentiles.

Acts 15:7—Even though Paul was ultimately given the commission to the Gentiles, Christ chose Peter to first bring the gospel to them!

1 Corinthians 15:5-7—After His resurrection, Jesus went to see Peter before any of the other apostles.

Galatians 2:7—The gospel of the circumcision was committed to Peter.

When we examine the Scriptures, it is clear that Peter had preeminence over all the other apostles. So we’ve seen that the pattern of government in the God Family, in the godly human family, in the Old Testament Church and in the early New Testament Church is all the same. Even where two beings are perfectly united as one, as in the God Family, that pattern holds true—God the Father is supreme over Christ! God’s government when properly administered always has one person in charge! Christ is “the same yesterday, and to day, and for ever” (Hebrews 13:8).

Some believe that the Jerusalem conference in Acts 15 shows the apostles arrived at a consensus before reaching a decision about whether Gentiles should be circumcised or not. They assume that a decision was made after all were in agreement. If true, this would uphold the idea that the apostles had equal authority.

Mr. Armstrong said, “This crucial crux chapter [Acts 15] has been misinterpreted, twisted and distorted” (Worldwide News, Feb. 19, 1979). He also stated, “The Jerusalem conference (Acts 15) showed that Peter was predominant over even Paul ….”

In Acts 15, we find that this question of Gentile circumcision engendered “much dispute,” “long discussion” or “keen controversy,” as different translations render verse 7. After all the debating and listening to all sides, Peter rose up to settle the dispute. Notice after he spoke, that “all the multitude kept silent,” “there was no further discussion,” and that “this silenced the entire assembly,” as different translations render verse 12. As Mr. Armstrong put it, “The other apostles and ministers were all in confusion, arguing and disputing. But Christ silenced them by speaking through His chosen chief apostle, Peter!” (ibid).

Paul and Barnabas went on to give “the news of what God had wrought through their ministry” (ibid). Mr. Armstrong stated, “They were not giving their input to the disputed question—the question had been settled—by Peter!” As pastor of the Jerusalem church, “James merely confirmed Peter’s decision, making it official” (ibid). Then we see the ministry rally around the decision because they supported Peter’s office as chief apostle. The Bible does not say that there was a consensus reached before the decision was made!

Government from the top down is God’s way of operating in the God Family and in the human family. This approach was used in the Old Testament and New Testament churches. And it will be implemented in the World Tomorrow. It is absolutely vital that the end-time Church also be governed in the same way so that we can practice what is soon going to be implemented over the whole Earth and qualify to rule humanity with and under Jesus Christ!