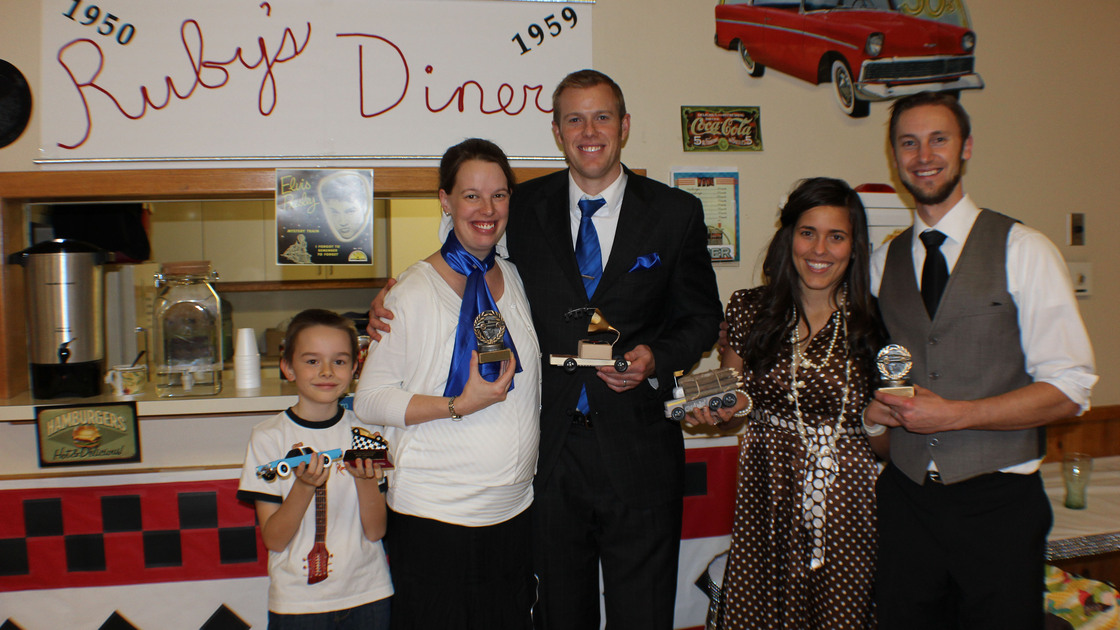 CANADA—Members from the Milton and London congregations took a step back in time to the 1950s for their annual pine car derby on Dec. 27, 2014.

The theme, according to member Cathy Disanto, “offered more opportunity to participate because if one didn’t have a car, one could dress up.”

Local deacon Daniel Gauvreau and member Laskey Hart commentated, explaining the races and engaging the audience throughout the evening.

“I enjoyed the ingenuity of all the artists, and the commentators were hilarious!” first-time pine car derby spectator Donna Bugera said.

“I was really surprised how many people came up with a 1950s car,” member Carrie Gauvreau said. “I thought many would race their old cars, but they came up with so many great ideas, making it hard to pick the most creative winner.”

During the break, members drank root beer floats at a 1950s-themed diner.

Member Kenneth Fehr said it was great to see people “grasping onto the theme.”

He added that it was “the most engaging, energy-filled pine car derby we have ever had.”