Bible IQ: Do You Know the Truth About the Trinity?
A key to understanding God’s true nature is understanding the Holy Spirit.
February 2013 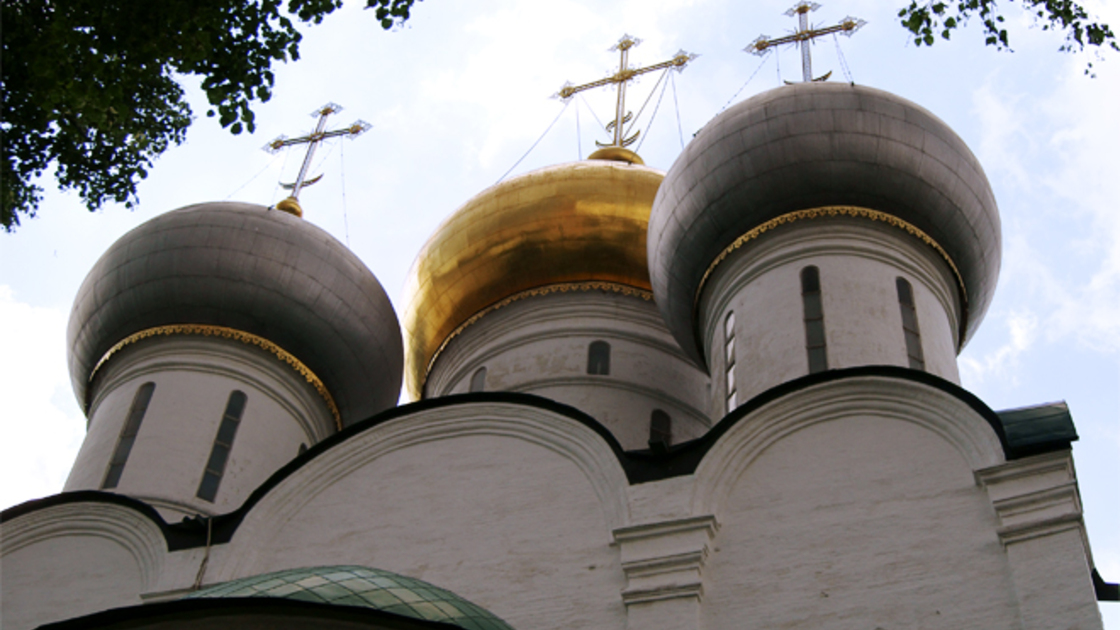 Who is God? Who is it that hundreds of millions of Christians worship? For the great majority, at the heart of their answer lies a mystery: the idea that God is one deity divided into distinct-yet-merged hypostases: Father, Son and Holy Spirit.

Notice the candid admission of one world-famous evangelist who teaches this doctrine: “When I first began to study the Bible years ago, the doctrine of the trinity was one of the most complex problems I had to encounter. I have never fully resolved it, for it contains an aspect of mystery …. To explain and illustrate the trinity is one of the most difficult assignments ….”

When even religionists admit they don’t comprehend who they worship, is there any hope you can understand God’s identity? Yes! It starts not with researching trinitarian orthodoxy, but with examining some illuminating verses right in your own Bible.

Let’s start with Revelation 12:9, which is not about the nature of God, but rather the nature of our world. This shocking verse reveals that the whole world has been deceived! And 2 Corinthians 4:4 corroborates this. Satan is not only very real, he is also incredibly successful: He has deceived not only atheists and non-Christians, but almost all Christians as well!

Satan did not accomplish this feat by denying Christ outright. He did it by creating a great false church—one that still bears Christ’s name today.

The origin of that counterfeit Christianity is recorded in Acts 8. Two years after Jesus founded the Church of God, the deacon Philip went to Samaria and preached Christ’s gospel. Samaria was dominated by the influence of Simon, a sorcerer who had bewitched the inhabitants (Acts 8:9-11). Along with the crowd, Simon himself came to hear what Philip had to say.

1. When Simon’s followers believed Philip, who was preaching Christ and the Kingdom of God, what did they do? Acts 8:12. Did Simon join them? Verse 13.

2. When the apostles Peter and John came to Samaria to lay hands on the newly baptized so they could receive the Holy Spirit, what did Simon try to do? Verses 18-19. How did Peter respond? Verses 20-23.

Though he had been baptized, Simon was not converted to true Christianity—he attempted to buy what he thought was the power to impart God’s Spirit. Peter knew this man’s attitude was totally wrong; he only wanted more power to further exalt himself!

This request was insincere—far from repentance from such an evil mindset. The account ends there. But Simon’s work did not.

The sorcerer went on to proclaim himself an apostle. He proclaimed the name of Jesus Christ. He accepted the doctrine of “grace” for forgiveness of sin, something the pagan religions never had. He even called his religion “Christianity.” But he mixed these “Christian” ideas with his own pagan Babylonian mystery religion! Using the power of Christ’s name, he taught un-Christian doctrines. He turned the doctrine of grace into a license to sin (Jude 4) and aspired to turn his counterfeit religion into a universal faith that would gain political rule over the world!

Simon—the “Pater,” or father, of this counterfeit religion—did not accomplish his goal in his lifetime. But succeeding leaders, with the church’s headquarters moved to Rome, did later gain political control over the Roman Empire and its medieval successor, the “Holy Roman Empire.” (This empire is again being resurrected in Europe now!)

Even in that first century, Simon’s religion grew rapidly. The Apostle Paul indicated that by the 60s a.d., much of the Middle East had turned from the true gospel to a clever counterfeit! (Galatians 1:6-7).

This “Christian” counterfeit is actually the source of the trinity doctrine!

In a.d. 325, the Roman emperor Constantine called the Nicene Council to settle several religious controversies, which included arguments about belief in a trinity. Constantine was not a “Christian” then, but as political ruler, he assumed control of the church. The religious council approved the trinity doctrine, and Constantine made it law throughout the empire. But he was not able to make it the truth!

The word “trinity” is not used in the Bible. That is because God is not a trinity! A key to understanding God’s true nature is understanding the Holy Spirit.

Notice this! Verses 7 and 8 should actually read: “For there are three that bear record, the Spirit, and the water, and the blood: and these three agree in one.” The 1611 King James Version includes additional words, but these are omitted from most modern Bible translations—for good reason: They are spurious—fraudulent! They did not appear in any respectable Greek manuscript. They appear in a fourth-century Latin text, probably as a marginal note by a copyist who believed in the trinity doctrine. These extra words entered the text of the Latin Vulgate by the eighth century after Christ. Editors of Bible commentaries both liberal and conservative, both old and new, agree that the origin of the King James text in 1 John 5:7-8 is fraudulent.

The Bible says the Spirit of God is the power by which God creates. John 1:1 reveals that in the beginning, there was God and the Word (who became Christ). The Word created the universe using the Spirit of God. Spirit energy was literally transformed into the material creation (Hebrews 11:3). It was by this same power that God renewed the surface of the Earth.

The Word “spake, and it was done.” He willed that spirit energy emanating from Himself to transform into physical energy and matter. That is how the creation of the universe was accomplished.

God’s Spirit is everywhere, like the atmosphere on Earth. It is the power God uses to rule everything. It is what the Word used to do the work of creating. God uses this power much as man uses electrical energy. That is how Christ is “upholding all things by the word of his power.” Under the Father, He uses His authority as God and the power of the God Family to keep everything in the universe in its place.

Though the Father is supreme in the God Family (John 14:28), Jesus is the administrator of the Holy Spirit (John 15:26). The Spirit is not a personality, but rather the very power of God—the power by which God does His will. It is not another person!

Normally, the Holy Spirit is referred to as “it” in the King James. In the 14th, 15th and 16th chapters of John, it is personified as one who brings help; therefore, the word comforter is used, along with the English pronouns he and him. Grammatically, all Greek pronouns must agree in gender with the nouns to which they refer. The Greek parakletos (comforter) is masculine in gender, so translators used the personal pronouns he and him for the Greek masculine pronouns. In many languages, a word’s gender has nothing to do with whether the thing itself is literally male or female. For example, the Spanish word mesa (table) is feminine. Gender in language is a mere grammatical tool.

In Greek, as in English, the word spirit is neuter—neither masculine nor feminine in gender. Pneuma is the Greek word meaning “spirit.” It is always grammatically neuter, properly represented by the English pronoun “it” (John 1:32; Romans 8:16).

The Family of God

Few realize why the truth about the trinity doctrine is so important. By making the Holy Spirit into a person, it implies that God is forever limited to three individuals. It denies the very purpose for which God created mankind!

There is a definite reason why Satan, the arch-deceiver, wanted this false doctrine introduced into false Christianity. The trinity doctrine is his attempt to do away with the heart of the gospel Jesus Christ preached. It limits God to only three—with no possibility of expansion! But the truth—the gospel that Jesus Christ brought from God the Father—is that God is not a trinity, but a Family! That is truth Satan wants to hide from mankind!

The English word “God” is translated from the Hebrew word Elohim. This is a collective noun (like family, church, group—one noun consisting of two or more members).

God is not a trinity. God is a Family composed of, so far, the two Personages mentioned in John 1:1. However, the God Family will not always be composed of only two divine beings. God is in the process of expanding His divine Family! Many thousands have already been begotten by God’s Spirit and will soon be born into His Family at the return of Jesus Christ—either by a resurrection from the dead or an instantaneous change. In the future, billions will eventually be born into the Family of God!

Jesus Christ, by His resurrection, was born a divine Son of God (Romans 1:4). But He is only the firstborn of many brethren who will also be born into the God Family (Romans 8:29). God the Father is the divine Father of the God Family, and when we who are now the Spirit-begotten sons of God are born into His divine Family at Christ’s return, we shall be like God (1 John 3:2), for we shall then be the Spirit-born sons of God! God is not a trinity. God is so much more—a Family!

Recommended reading: God Is A Family