Arizona Spokesmen Give Guests a Glimpse of Full Club Session
ARIZONA—The 19 members of the Scottsdale Spokesman Club and their 18 guests attended the club’s first ladies night for the 2014 season on January 4 at the local Masonic lodge in Scottsdale. The club is led …
By Poppy Hochstetler • Feb. 27, 2014 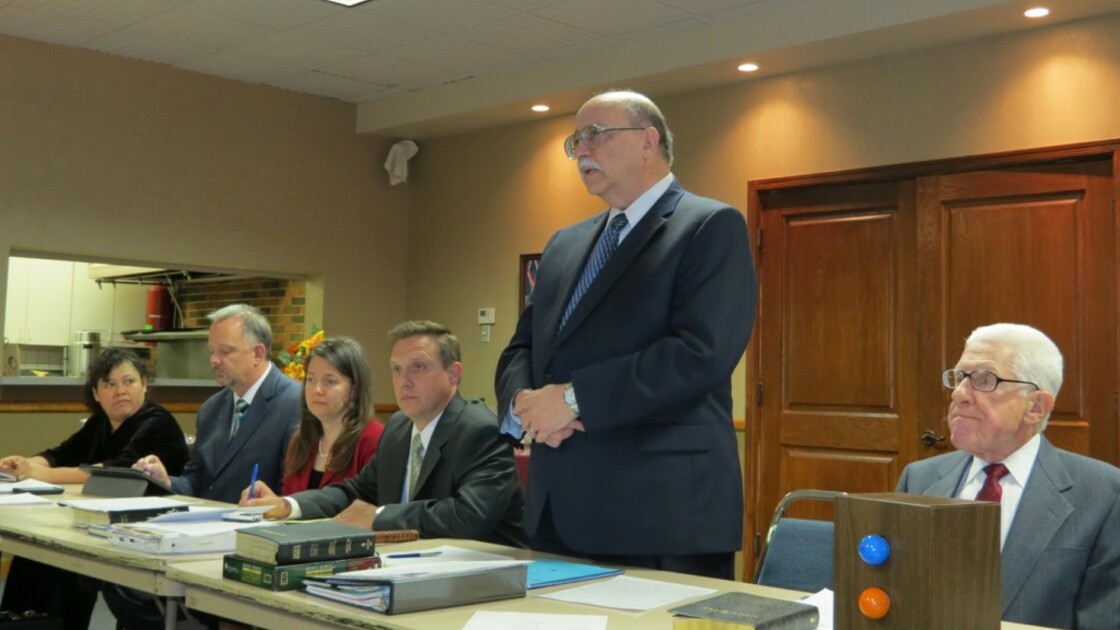 ARIZONA—The 19 members of the Scottsdale Spokesman Club and their 18 guests attended the club’s first ladies night for the 2014 season on January 4 at the local Masonic lodge in Scottsdale. The club is led by director Andrew Hessong, a preaching elder, and assistant director Charles Wire, a local elder.

The evening commenced with the ladies getting to see the inner workings of a full, unaltered Spokesman Club including business and an attack speech. After they observed the men conduct official club business, the ladies had the opportunity to participate in a table topics session led by topicsmaster Mike Ortiz. Ortiz’s questions included, “After the David and Jeremiah musicals, who should the next musical be about?” and a question about the wisdom of allowing soldiers from China and former enemy nations to train in the United States with American soldiers.

At the break, club members and guests sampled a variety of snacks, including smoked salmon, cheese and crackers, sushi, chocolate-dipped strawberries and wine.

Afterward, five spokesmen delivered speeches, including a speak with purpose speech by Peter Turnis called “Cause and Effect,” an attack speech by Steve Irwin called “Casting Truth to the Ground” and an instruct speech by Jimi Hochstetler called “Parley the Pizza.”

“It was wonderful,” Rosa Michael said. “I enjoyed the speeches very much, and the wine, cheese and sushi was very delicious. I am looking forward to the next event.”

Mr. Hessong evaluated the speakers and presented awards to Tom Smith (most helpful evaluator), Jimi Hochstetler (most improved) and Steve Irwin (most effective).

The night ended with a lecture from Mr. Hessong about a key element of leadership, humility, and how to achieve it by fasting regularly.