The Friendship Concerto
A lesson in how to restore a cherished friendship.
By James Brady • Jan. 15, 2015 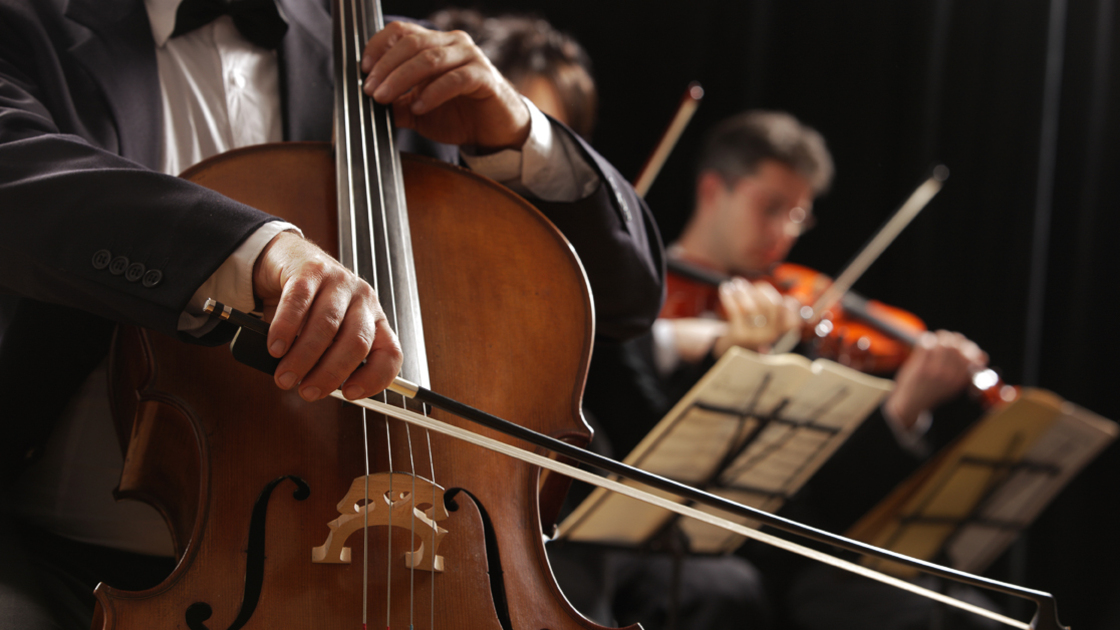 Have you ever messed things up with a friend—botched things up so badly that an old friendship came to an end or was severely damaged? Well, Johannes Brahms was in that predicament, and he did what most anyone else would do: He composed a concerto!

Johannes Brahms and Joseph Joachim met in the spring of 1853 at the King of Hanover’s palace in Germany. Brahms was an unknown but truly brilliant, earnest, 20-year-old pianist and composer with immense talent and fresh ideas, but also a deep and abiding love of high musical tradition—of Beethoven, Haydn, Mozart, Scarlatti, Bach and music history. Meanwhile Joachim already was an international star—a brilliant violinist. Like Brahms, he was seeking musical perfection. He would one day sacrifice his ambitions as a composer to teach others the violin; he was, as one biographer put it, “a noble artist.” The two hit it off immediately.

They began working on music together, sharing and discussing ideas, and played a concert together. In rough times, each was there as a friend for the other. They also pushed each other professionally: When Brahms had taken a job in a lonely area of Germany, Joachim and he—in order to productively refocus Brahms—agreed to regularly write technical articles on music, exchange them for criticism and, if either was late in completing and mailing a writing, there were fines! They decided the fines could be paid in books, as they were both tremendous readers.

Joachim told Brahms’s parents in a letter: “[M]y friendship is always at his disposal.” Thirty years of deep friendship, mutual respect, and musical collaboration followed. But the “always” part would be tested when Joachim began having problems in his marriage. Brahms thought Joachim was acting foolishly—and he wasn’t the only friend of Joachim’s to think that. Joachim felt that Brahms was unfairly and inappropriately taking his wife’s side. He felt deeply wounded and severed all ties with Brahms.

Several long years went by. Though both men were busy with their careers and personal lives, you can imagine how they must have thought often about what happened, and yearned for the former years—the old times. How painful their rift must have been! Yet human nature resists making the first move to restore things, to make peace—to heal the wounds.

Brahms made the first move toward reconciliation. He knew mere words would be useless; the two had already had some minor, cordial but icy communications the previous year, and it was not accomplishing anything.

No, it would have to be a gesture—and a grand one at that—some sort of action designed for effect that would thaw the deep freeze between them. He would write a piece of music for two soloists and orchestra!

Brahms dedicated the work: “To him for whom it was written.” The wonderful, vibrant piece he wrote was filled with musical symbolism representing friendship. And it was meant to be performed with Brahms conducting, Joachim on the violin, and Robert Hausmann on the cello.

It was officially called the Concerto for Violin, Cello and Orchestra. It generally is known now simply as the Double Concerto. A concerto is an orchestral piece featuring important solo instrumental parts, normally written in virtuoso style—that is, for highly skilled performers—with the solo writing sharing equal spotlight with that of the orchestra. In this case, it featured two solo instruments—the violin and cello. The interplay of these two instruments, so intricate and intimate, was a major part of the friendship symbolism that Brahms wrote into the music—like two old friends conversing, sharing their trials, their dreams and their triumphs.

The piece even had a coded personal meaning only the two could understand. Brahms expresses an ode to their long friendship in the notes of the main theme by quoting the notes F-A-E. These letters represent the motto Joachim had chosen for his own life, which both friends shared at one time: frei aber einsam—“free but lonely” (Joachim had later married as mentioned, but Brahms had made the difficult decision to remain single to be free to concentrate on his art—and had stuck with it).

Regardless, this movement is full of gestures to friendship. One modern music critic, Andreas Richter, said: “It is (easy) to see the two friends in the interplay of the two solo instruments and to interpret the duet in thirds in the (finale) of the last movement as a final peacemaking.”

So it was that Brahms went ahead and sent the manuscript “to him for whom it was written.” Can you imagine how anxiously he awaited a response? It must have consumed his thoughts. Deep down, one must believe Brahms knew Joachim would not be able to resist the gesture.

And he was right! The two were truly communicating positively and warmly again for the first time in years, collaborating on the piece—and plans were made to debut it together! The venue would be a hall that still exists: the Gürzenich Hall in Cologne, Germany. One can only imagine the emotions they both had as the date approached.

Have you ever been in Johannes Brahms situation and wanted to repair a damaged friendship, or revive a dying or dead one? Are you in that predicament now? Perhaps the damage was done through a misunderstanding. It may have been through neglecting the relationship over time. Maybe, like Brahms, you offended your friend.

If you’ve injured or allowed a friendship to end, here is God’s view, and His advice: “Therefore if thou bring thy gift to the altar, and there rememberest that thy brother hath ought against thee; Leave there thy gift before the altar, and go thy way; first be reconciled to thy brother, and then come and offer thy gift” (Matthew 5:23-24). What an awe-inspiring God of humility and love we have that puts such a priority on our relationships with each other!

James 3:18 adds: “And the fruit of righteousness is sown in peace of them that make peace.” What a promise!

As with Brahms’ Double Concerto, a warm gesture can help foster that peace. An action or approach that goes beyond the mere words of an apology—beyond a discussion of what went wrong in the friendship—exceeds the mundane limitations of words and outshines them.

Proverbs 21:14 says: “A gift in secret pacifieth anger ….” It should be something that signifies a shared memory or experience with your friend, or a common interest—perhaps something that relates to a unique quality or experience with your friend. Then an accompanying card with carefully chosen words would round it out. You may recall that Jacob, upon learning that his brother, Esau—whom he had cheated of the birthright—was approaching, literally sent gifts of livestock ahead of him in waves! (Genesis 32:13, 19-20).

Unity and peace is of such immeasurable importance to God that Jesus Himself, the night before He gave His life for the world, prayed for oneness among the members of God’s Church—His Family—three times.

You may feel reluctant or wishy-washy about taking that first step; it may seem daunting; you may feel uncomfortable at the prospect of it. But by going to your brother as God commands in Matthew 5, you can gain the reward that Brahms received that night in Cologne: the restoration of a cherished friendship.