A Man of Zeal
True men of God should strive to develop more godly emotion and passion.
By Joel Hilliker • Dec. 22, 2014 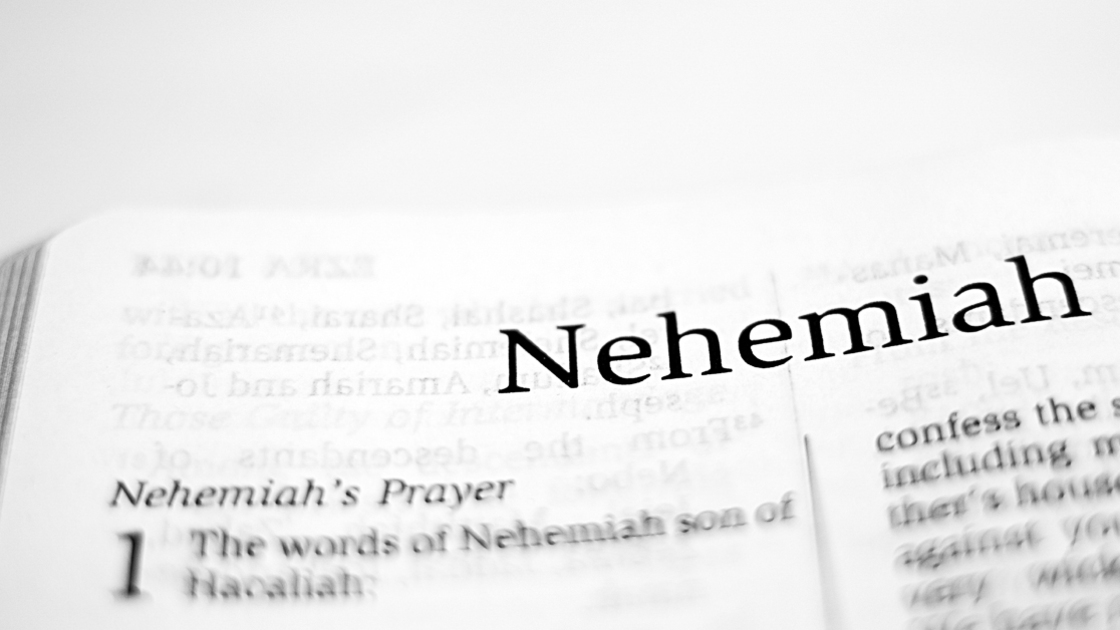 It was a thrilling moment. In the summer of 2007, our students working in Jerusalem were part of the crew that realized that a large stone tower archaeologists had long believed to date to Hasmonean dynasty in the second century b.c. was actually from much earlier—three to four centuries earlier—to the time of Nehemiah.

It turned out that wall was actually the wall that Nehemiah himself supervised construction of, chronicled in the biblical book bearing his name. That wall—still standing these millennia later—provides potent mute testimony of the power of zealous, driven, manly leadership.

Nehemiah is a tremendous example of masculinity in the Bible. A chapter in the Ezra and Nehemiah booklet about him is called “Nehemiah: A Man of Zeal.” That is a terrific description of this remarkable, godly man! Here are a few basic but extremely potent lessons we can take from his life.

His story begins while most of his people, the Jews, were in captivity in Persia. Somehow he had worked his way into a very honorable position as something of a bodyguard for King Artaxerxes himself.

Nehemiah received news that a contingent of Jews who had returned to Jerusalem to rebuild the city were in terrible straits. They were afflicted and persecuted. The protective wall around the city was broken down; the gates were burned.

Think deeply on the response of this intensely passionate, godly emotional man: “And it came to pass, when I heard these words, that I sat down and wept, and mourned certain days, and fasted, and prayed before the God of heaven” (Nehemiah 1:4).

The Bible has many such examples of strongly emotional, yet extremely manly men. In Satan’s world, many people have strong emotions—but very few have strong godly emotions!

True men of God should strive to develop more godly emotion and passion. We should regularly ask God to give us more of His zeal and emotion—including proper grief such as Nehemiah demonstrated here.

But Nehemiah wasn’t just a man of emotion—he was a man of action! That is what proper godly emotion does: It impels us and drives us toward right actions. The feelings of themselves are only truly useful insofar as they affect what we do.

The state of affairs in Jerusalem stirred him. He repented of his inaction and the inaction of all of God’s people. Then he immediately looked for a way to do something. He prayed and fasted that God would open a door for him to act.

Sure enough, God answered that prayer.

God wants action. When He sees a man like this who acts— who will transform his thoughts and feelings into deeds— He can really use such a man!

God gave Nehemiah extraordinary favor with the king, who granted his request to go to Jerusalem. Nehemiah sprung into action.

He immediately traveled to Jerusalem. Once he arrived, notice what he did as soon as night fell: “And I arose in the night, I and some few men with me; neither told I any man what my God had put in my heart to do at Jerusalem: neither was there any beast with me, save the beast that I rode upon. And I went out by night by the gate of the valley, even before the dragon well, and to the dung port, and viewed the walls of Jerusalem, which were broken down, and the gates thereof were consumed with fire” (Nehemiah 2:12-13).

Nehemiah wanted to see for himself the rundown state of the city so he could assess what needed to be done. But he knew the Jews had a lot of enemies, so he wisely conducted this reconnaissance mission under the cloak of darkness. “He handled the situation with the stealth of a great warrior,” Gerald Flurry wrote (Ezra and Nehemiah).

Once he recognized the requirements of the situation, he speedily rallied all the help he could find. He summoned the Jews there and said frankly, “Ye see the distress that we are in, how Jerusalem lieth waste, and the gates thereof are burned with fire.” Then he revealed his bold plan: “come, and let us build up the wall of Jerusalem, that we be no more a reproach.” He continued, “Then I told them of the hand of my God which was good upon me; as also the king’s words that he had spoken unto me. And they said, Let us rise up and build. So they strengthened their hands for this good work” (verses 17-18).

Nehemiah was in close partnership with God, relying on God’s guidance and protection, and doing all He could to serve God’s cause and God’s people. He recognized the danger and urgency of the situation, and was highly motivated to get something done, and quickly! With God behind him, he was swift, confident and decisive. He communicated with vigor and force. His words were few, and his plan was clear.

Such manly leadership is a dynamic force. Nehemiah inspired hope and courage in those who heard him. His passion, motivation and energy were contagious! The Jews responded enthusiastically: Here is a man we can follow! His example lit a fire in those men!

A Mind to Work

Nehemiah seized the initiative and dove into the details of the work at hand. He directed the people, giving everyone a specific job, and the Jews rallied behind him and went to work!

It is awesome how much people can accomplish with energized, godly leadership!

Naturally the renewed buzz of activity attracted the concern and scorn of the Jews’ enemies. They descended upon the scene and did all they could to put a stop to the project. But Nehemiah set an extraordinary example of focus and determination! He knew he was on a righteous mission, and he absolutely refused to let anyone prevent him from completing this job!

Predictably, all those laboring under Nehemiah followed in his footsteps and drove themselves even harder in their work!

“So built we the wall; and all the wall was joined together unto the half thereof: for the people had a mind to work” (Nehemiah 4:6).

This job never would have gotten done without Nehemiah! These were the very same people who had been so helpless about the destruction of the city just a short time before. But now—with a spectacular model of manliness at their helm—they put the cause above their own comfort and safety. They summoned tremendous resolve in the face of persecution and peril!

Again, what wonders occur when you have a strong leader driving the effort! One man committing himself to this job created a whole force of people who “had a mind to work.”

Because of Nehemiah’s leadership, that wall—part of which God preserved so that we could see it and ponder the message it sends to this day—was built in a lightning-quick 52 days (Nehemiah 6:15).

Dynamic, forceful godly leadership gets things done. And it tends to inspire others—which gives it a multiplying effect!

God places strong, driving leadership in His Church. It is important to thank God for that, and for the examples we have.

But men—we have to go beyond that. We also have to follow those examples. We need to let God stir us up through those men and really feed off the energy God is giving to them. We must go beyond simply admiring it. We must copy it! Emulate it!

God did not call you into His Church merely to follow great leaders. He called you to become a great leader! Ultimately, you are going to have to step up and lead others!

God has a lot of work to do to convert this whole world. He needs all of us to become Nehemiahs!

Every single man in God’s Church needs to work to develop the skills and the mindset of driving, energetic leadership—the kind that will inspire others to follow us! We have to be prodding ourselves to become the kind of leaders who could rally whole groups of people to take action for God!

God is pushing you to work harder. He has a lot to accomplish—and He wants to do it through you. Ask Him to correct you, and to give you His emotions. Cultivate His passion, His urgency. Then use that to drive yourself toward action!

Ask God to open doors for you to act. When He opens those doors, charge through with confidence. Stay focused on the job at hand and don’t let anything sidetrack you. Have a mind to work—and rally others to do the same! What awesome things we can accomplish together, with God behind us!