Raise a Man Like Roosevelt
Lessons from a man who helped build a future president
By Joel Hilliker • Dec. 1, 2014 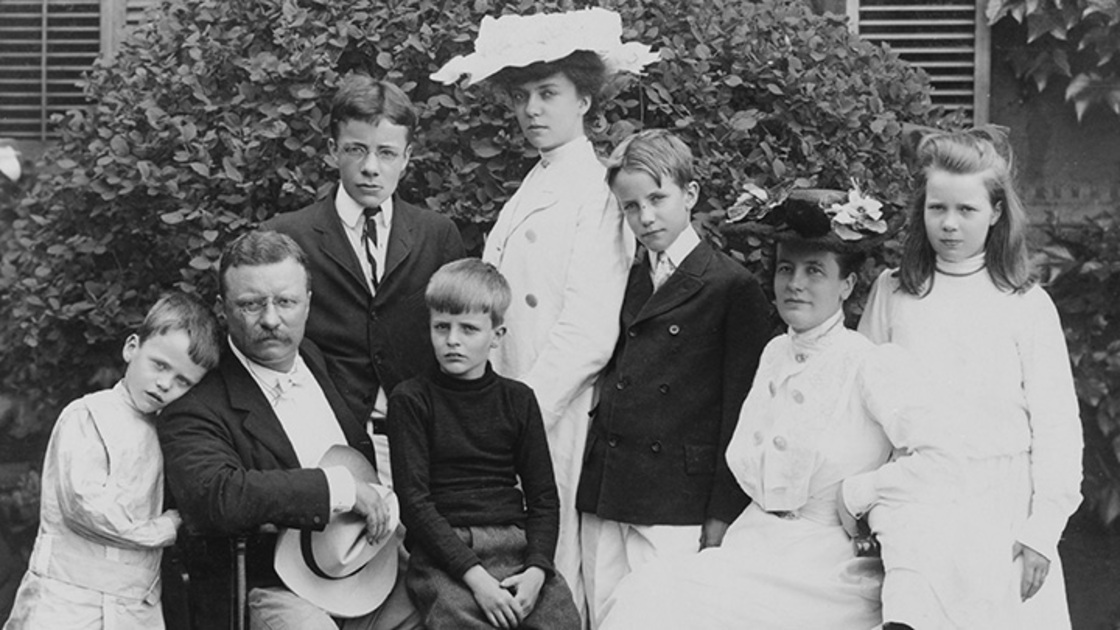 Theodore Roosevelt was a true family man. The father of six, he considered his family life the source of his greatest happiness. He dedicated himself to providing his four sons and two daughters a rich, full, enjoyable childhood.

Before the presidential election of 1904, when he believed his reelection was in doubt, he wrote to his sister that as disappointing as defeat would be, he could keep it in perspective. Far more important to him was the fact that he had “the happiest home life of any man whom I have ever known.” That is a remarkable statement! Could you say that?

Considering the success of America’s 26th president in the public sphere, his devotion to and achievement within his own home is all the more remarkable. And it is very likely that in both of these arenas, his greatest inspiration was the same:

His outstanding relationship with his own father.

Is there any greater gift a father could give his son?

Young “Teedie,” as he was called, grew up in a warmly and openly affectionate family. His father, Theodore, was a successful businessman and philanthropist, but gave generously of himself to his children. Teedie held enormous admiration for him. In a letter later in life, he wrote, “I was fortunate enough in having a father whom I have always been able to regard as an ideal man.”

What an incomparable blessing such an example supplies to a boy. How much do you contemplate the quality of your example? Does your son have “an ideal man” to emulate?

Young Teedie grew up in poor health because of severe asthma. His father did not coddle him. Instead he seized the opportunity to build within his boy a willingness to endure hardness, an capacity to relish hard work, and a fiery determination to conquer obstacles. He did all he could to help and to strengthen his son. He transformed a balcony of their home into an open-air gymnasium filled with athletic equipment, and challenged the boy to endure the “hard drudgery” of making his body strong. With his father’s encouragement, Teedie embraced the challenge.

Theodore Sr. worked to give his children experience and adventure, to stimulate their imaginations and broaden their horizons. He spent ample time in the countryside with them, horseback riding, hiking the woods, picnicking, swimming at the beach.

The opportunities this man provided expanded his children’s world. It gave them confidence and grew their capacity for adventure. It strengthened them physically and mentally. He was a model of activity that increased their ability to embrace a challenge. He stoked their thirst for exploration and their ambitions.

Theodore Sr.’s children genuinely enjoyed his vivacious personality, and they knew they were loved. Shortly after Teedie entered college at Harvard, he wrote to his father, “I do not think there is a fellow in college who has a family that love him as much as you all do me, and I am sure that there is no one who has a father who is also his best and most intimate friend, as you are mine.”

After he became president, Roosevelt recalled his days with his father, writing, “Unconsciously, I always find I am trying to model myself with my children on the way he was with us.”

Theodore Roosevelt Sr. devoted the time to raising a man. The results speak for themselves: He raised a man who became not only president, but also a dedicated father himself.

How much did that relationship strengthen and make Theodore Roosevelt into the true man that he was!

Look at your own son. What sort of man are you raising?

God wants your son to become something far greater than a president. He plans to turn your son into a God!

Ask God to give you that vision. Then ask Him to use you to help realize that vision. Pray that He would shape you into a more effective tool in molding your son.

Devote time in prayer and study on the God-given role of a man—that of leader, provider, protector. Study and meditate on the qualities of godly manhood—self-discipline, righteousness, responsibility, industry, resolve, ambition, courage, sacrifice. In a world that has forgotten these things, you have to strive hard to exemplify them in order to provide your son with a model of manliness. And then look for and create opportunities to teach these traits and instill them in your son.

Set your expectations high. Then encourage him enthusiastically for every inch he rises in reaching for that bar.

Spend real time with him, so he can watch you, emulate you. Time together creates occasions to teach. The job is difficult—but you don’t have to do it alone. You simply need to give God opportunities to use you to shape your future man.

Years later, Theodore Roosevelt said this of his model of manhood: “[T]he thought of him now and always has been a sense of comfort. I could breathe, I could sleep, when he had me in his arms. My father—he got me breath, he got me lungs, strength—life.”

What an incomparable blessing such a strong, reassuring, manly presence supplies to a boy.

Be that presence in the life of your boy. Build the relationship that will guide him to godly manhood.

Is there any greater gift a father could give his son?