PCG members: In addition to PCG Signposts, sign-up for the members-only Friday Philadelphian weekly email newsletter! Click here or email news@pcog.org ✖
Know Your Bible: The Wavesheaf
What does such an unusual ceremony that began over 3,000 years ago have to do with us today?
By Christopher Eames • April 14, 2020 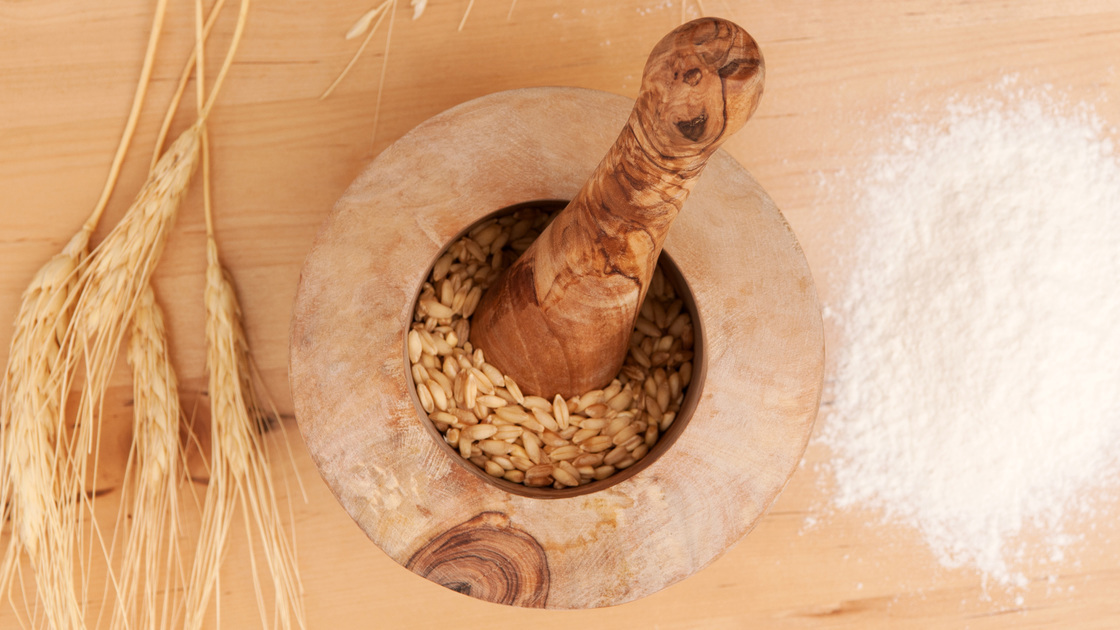 The warm sun beat down on Othniel’s back as he stooped down in his field. He gripped the handle of his honed scythe tightly and cleanly hacked off several stalks from his as yet untouched crop. He knew how special this first sheaf was; he had to take it to the high priest at the tabernacle to be waved before God in a special ceremony. Once that ceremony was complete, Othniel would be free to harvest the remainder of his spring crop.

The word “sheaf” is translated from the Hebrew word omer—one tenth of an ephah, an ancient Hebrew dry measure that equals about two liters. Lesson 27 of the Ambassador College Bible Correspondence Course states that “[s]ince most modern translations use the word ‘sheaf,’ the traditional name for this wave offering has been ‘wavesheaf.’ However, the priests did not wave a sheaf. … The Jews traditionally cut a sheaf, beat out the grain, then ground the first of the firstfruits into flour and offered an omer of that flour.” So the wavesheaf offering was not conducted with an actual sheaf of wheat, but instead, it was conducted with an offering of finely-ground flour.

3. Who was to conduct this ceremony? Was anything else included in the offering? Verses 12-13.

An offering of an unblemished lamb, a meat (meal) offering and a drink offering were also to be included in this ceremony. The Israelites gave their sheaves to the high priest, who “waved” the sheaves before God to be accepted as an offering.

Around 2,000 years ago, Jesus Christ came to the Earth and was subjected to a brutal beating and death as our Passover Lamb, fulfilling the first step in God’s plan of salvation (Exodus 12; 1 Corinthians 5:7). The way the holy days cycled in the year that Christ died, Passover began on a Tuesday night. That night, Christ sat down with His disciples to partake of the Passover (Luke 22:14-20). He was scourged and crucified the next day, Wednesday (John 19:1, 16). The first day of the Days of Unleavened Bread was the next day, Thursday—verse 31 mentions this as a “high day.” Jesus was in the grave three days and three nights (Matthew 12:39-40), meaning He rose from the grave toward the end of the Sabbath during the Feast of Unleavened Bread.

Following sunrise on Sunday morning, Mary Magdalene arrived at Jesus’s tomb only to find that He had already been resurrected and was gone (John 20:1-2). A little later, Jesus met Mary (verses 15-16) and commanded her not to touch Him yet. Why?

This commanded ceremony has immense meaning. The waving and acceptance of the firstfruits sheaf was an exact type of when Christ was resurrected and ascended to heaven to be accepted by the Father.

The Spirit-begotten Christians who are called prior to Christ’s return are a part of the firstfruit calling. By extension, the children of those called are offered this calling as well, because they are set apart by God as holy (1 Corinthians 7:14). God calls a few out of the world now as the firstfruits of His spiritual harvest—as His special group of prepared teachers who will bring the rest of mankind into His Family in the future.

The symbolism is vivid and clear. Jesus Christ offered Himself as the Passover sacrifice to pay the penalty for our sins. He was then resurrected at the end of the weekly Sabbath during the Days of Unleavened Bread, and the following day—Sunday—He presented Himself to be accepted before God as the first of the firstfruits (1 Corinthians 15:23).

In the same way, the wavesheaf was to be offered on the Sunday after the Sabbath during the Days of Unleavened Bread—the same Sabbath on which Christ was resurrected. The high priest waved the sheaf to be accepted before God, a type of Christ presenting Himself before God to be accepted of Him after His resurrection. And Christ was only the first of the firstfruits. Just as the wavesheaf offering was only the first part of the spring harvest, Christ was the first of the firstfruits—the spiritual harvest.

“The firstfruits, those called out today, are part of the same spiritual harvest as Jesus Christ,” Ryan Malone wrote in the May-June 2002 Royal Vision. “God does not consider it a separate harvest. The spring harvest has already begun with Christ, and it will end when the firstfruits are also born into the family and accepted before God the Father!”

7. How does this ceremony relate to the timing of Pentecost? Leviticus 23:15-16.

The Feast of Unleavened Bread starts on a set day each year: the 15th of Abib. The feast of Pentecost does not. It is to be counted 50 days from the Sunday after the Sabbath during the Days of Unleavened Bread. So the wavesheaf offering began this counting of 50 days until the feast of Pentecost, a holy day that symbolizes the calling of the remaining firstfruits in God’s plan of salvation.

Christ lived a life totally without sin, which is represented by the flour being completely unleavened. He was also brutally beaten and scourged, enduring mind-splitting agony, for our physical sins—just as the sheaf was pulverized into flour.

His death paid the price for our spiritual sins, so that we might have the opportunity to be firstfruits now—and eventually to open up the opportunity for salvation to all of mankind.

Christ was perfect, but not through human effort. He lived a sinless life by the power of the Holy Spirit within Him. This same power is available to us! God offers it to us—upon the conditions of repentance and faith.

10. What about the two wave loaves that were offered on Pentecost—do they also picture Christ? Leviticus 23:17, 20.

These leavened loaves clearly do not picture the perfect unleavened Christ. The waving of the pure unleavened omer, picturing Jesus Christ, was a precursor to another waving. These two wave loaves that were to be offered on Pentecost were quite specifically to be baked with leaven. They represented the firstfruits who would be called before the end of this age. They are not perfect and unleavened, as Christ was, but they are trying to overcome sin—the leaven in their lives.

Lesson 31 of the Herbert W. Armstrong College Bible Correspondence Course states: “On the feast of firstfruits, two baked loaves were waved to be accepted by God. The leaven in the loaves represented the fact that the spiritual firstfruits had sin in their lives. (Of course, they had to repent of sin and be cleansed by Christ to be acceptable to God.) These loaves represent all those God has and will call prior to His return. Note that there were two loaves—one to represent the patriarchs, judges, prophets and kings of the Old Testament period whom God called and the other to represent the true Christians of the New Testament Church.”

Even though we don’t wave an omer of flour anymore on the Sunday during the Days of Unleavened Bread—since Christ has already ascended to and been accepted by God—we can still clearly see the significance of this symbol. It is the precise date from which we count 50 days to the feast of firstfruits. All of the symbols used in God’s spring harvest festivals point to a perfect latter-day fulfillment that will culminate in God’s begotten children joining our already-waved and accepted Husband by being born into the God Family and becoming the Bride of Christ!